Tintin: and now back to our intrepid reporter 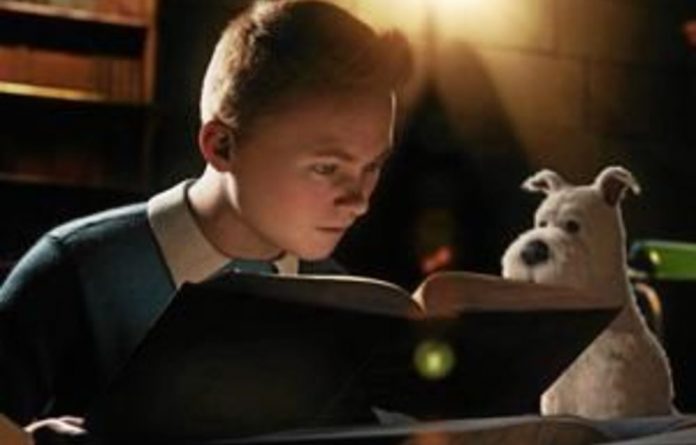 One of the best things about the film Tintin is the return of the intrepid reporter.

When Hergé’s famous comic-book hero first appeared he was a daring reporter, investigating the Land of the Soviets. Tintin’s day job as a journalist gradually became less important – in the later books we even encounter negatively the dreaded paparazzi of postwar Europe as baddies or at least irritants — but Steven Spielberg’s film stresses that Tintin is a famous journalist.

Quite right too. It’s time to bring back positive images of the press.

I know, I know. The real-life antics exposed in the hacking scandal have put paid to romantic images of reporters. But some of us fell in love with the idea of journalism through glamorous cultural portrayals.

Elizabeth Sladen, who died this year, did wonders for the image of the press in the 1970s. Her famous Dr Who character, Sarah Jane Smith, was an intrepid newshound. In her very first appearance, she stowed away in the Tardis and followed the Doctor to medieval England in search of a good story. She got one — she met one of the greatest Dr Who monsters ever, Linx the Sontaran — but this did not scare her off. Soon she was sniffing around a stately home investigating a mysterious robot and its sinister controllers.

Tabloid skullduggery
Sarah Jane Smith definitely shaped my interest in journalism and helped inspire me to join the Observer Young Reporters’ Club ( a cultural phenomenon so forgotten it doesn’t even show up on Google). In the 1970s there were of course heroic depictions of journalists in adult cinema, too — most famously Robert Redford and Dustin Hoffman as the Watergate-exposing Bob Woodward and Carl Bernstein in All the President’s Men.

If only the Leveson inquiry could call some fictional reporters (yes I know All the President’s Men is a true story) to counterbalance revelations of tabloid skullduggery. Idealistic Tintin, lionhearted Sarah Jane Smith … Just so long as they don’t summon William Boot from Evelyn Waugh’s satire on journalism, Scoop. Then again, that novel might remind everyone the press was never perfect in the past, either. —