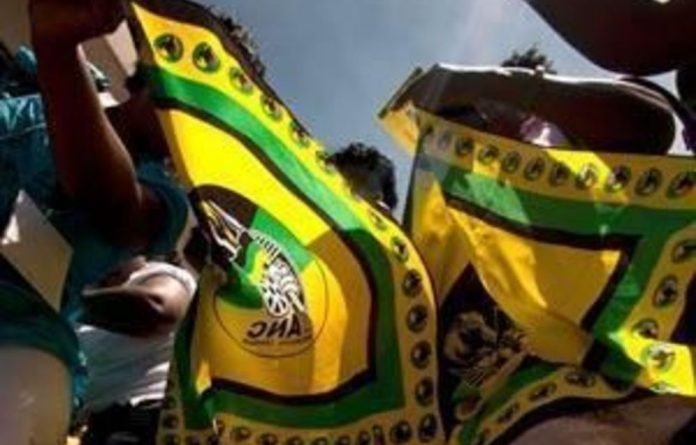 Newly-elected ANC Limpopo chairperson Cassel Mathale on Tuesday bemoaned “foreign tendencies” like the use of vulgar language, saying these would destroy the party if not nipped in the bud.

The four-day conference, held to elect new party leaders in the province, had exposed serious weaknesses in the ruling party, he said during his closing remarks in Polokwane.

“The usage of vulgar language is a phenomenon becoming a trend in the movement. Lack of patience with each other is also mounting at an alarming speed.”

Mathale was elected the ANC’s provincial chairperson on Sunday.

Delegates loyal to Mathale, including suspended ANC Youth League president Julius Malema, mocked President Jacob Zuma during the conference, referring to him as “shower man”. They chanted derogatory songs while making a shower head with their hands over their heads, a reference to Zuma’s remarks during his rape trial in 2006. He told the high court in Johannesburg that he had taken a shower after having unprotected sex with an HIV-positive woman. He was later acquitted.

This was seen as a direct attack on Zuma and his governance, especially after national government recently took over the running of five Limpopo provincial departments due to mismanagement.

Malema was on Tuesday elected as a provincial executive committee member with 592 votes. He was 17th on the list of 20 names.

Supporters of Deputy Arts and Culture Minister Joe Phaahla, who lost out to Mathale, belted out chants mocking Mathale’s leadership.

He said another issue was party members’ inability to accept the outcomes of ANC internal democratic processes.

Internal processes like elections were never intended to divide but to unite members, he said. He warned them against celebrating such results in the same way the ANC celebrated an election victory against the opposition. “The cause of the problem might be the manner in which members campaigned for positions. They invested emotions and personal interests in elective processes, even resorting to doing wrong to win.

“If not addressed, [this] will grind and destroy our movement.”

Mathale said the ANC would fail to deliver on its priorities if it did not have disciplined and committed cadres who understood the politics of the movement.

Mathale said there are no “supreme members” in the ANC, not even Zuma.

“We should all appreciate [that] fact,” he said.

On Tuesday, ANC chief whip Mathole Motshekga said the conference was not to be considered a foundation for the ANC’s elective conference in Mangaung in December 2012. He criticised those within the party who occupied positions for personal gain, rather than to better the lives of the poor.

Phaahla said he would continue his work in the government and support the newly-elected leadership. Soon after Mathale was declared winner on Sunday, he said there were no hard feelings between them, and they would remain comrades. Mathale beat Phaahla by 601 votes to 519.

Motshekga said the conference was not to be considered a foundation for the ANC’s elective conference in Mangaung in December 2012.

“The conference was not about the succession debate,” Motshekga said.

The ANC in Limpopo reiterated its call for nationalisation of mines and the taking of land without compensation.

Reading from the declaration, which was later adopted by the conference, newly-elected provincial chairperson Soviet Lekganyane said: “All productive land must be nationalised. Compensation must not be paid on the land itself, but on improvements. The price must be determined by the state through the state evaluator.”

Malema had been spearheading the nationalisation debate, amidst criticism from the opposition and farming bodies who feared it would, among other things, deter foreign investment. The government has maintained that nationalisation was not government policy.

Discussion at the conference also centred around the autonomy of the youth league. Delegates said the league should be able to debate policy questions and leadership matters without fear or favour.

They also wanted a “political solution” to the suspensions of six youth league officials, including Malema, for ill discipline and bringing the party into disrepute. Such a solution would ease tensions between the ruling party and the league, they said.

ANC members in the province resolved to intensify “political education” to deal with ill-discipline. — Sapa