Let’s hear it for local sounds 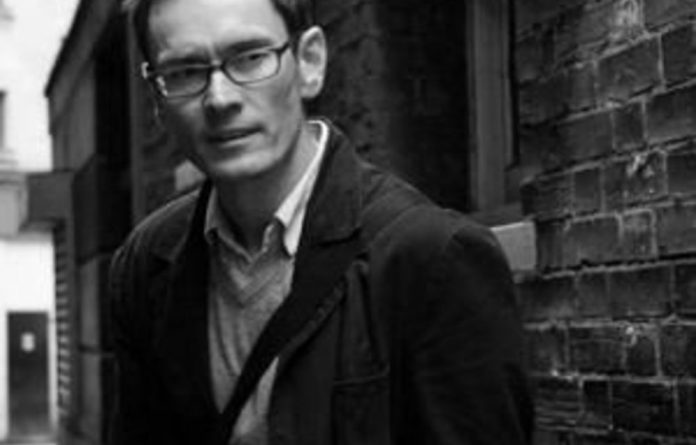 This year has been another great year for South African music. We have seen veterans of the scene like Somerfaan’s At Nel release his best album yet, the dual blues attack of the Just Music stable, in Shadow Club and Machineri, who released stellar debut albums, and Durban ska-punks Fruits & Veggies offered up their first slab of infectious tunes.

Spectroscope: Chris Letcher (Sheer)
Chris Letcher’s new album is big and bold, which is not something that would naturally be expected from the shy Durban-born musician. Yet it is clear that after many years living in London, studying music and composing for film and television, a great arranger has emerged from within Letcher. Conceived as an album of songs performed and arranged as if done by different bands, it is miraculous that Letcher has managed to pull off such a seamless and complete-sounding album. From the explosive piano, snare and kick drum-driven pop glory of opener The Sun! The Sun! to the interlocking mbira groove of I’m New Here — a reworking of the Bill Callahan song — Spectroscope is a sonic delight.

This is not music you listen to in the background. This is an album you soak up through your pores, paying attention to every splash of detail, because on the 20th listen there will still be as-yet undiscovered sonic touches to explore. From the glorious harp and horn sections on Starrs to the swaggering groove of The Loneliest Air, this is an album for true fans of music. Spectroscope just gets better and better with each listen and its sonic glory establishes itself as a new high-water mark for South African pop music in the 21st century. It is without doubt my nomination for South African album of the year.

Hartseer Broers, Nooitlag Susters: Brixton Barnard (One F Music)
Every now and then an artist manages to make an album so bold, so brilliant, that it forces a retrospective look at their previous work in search of signs that this new work could have been predicted. What I am trying to say is that Hartseer Broers, Nooitlag Susters is the magnificent album that Brixton Barnard has always threatened to make, but never got round to, until now.

It is not as though there is no precedent: Barnard’s songwriting across three Trike albums released on the One F Music label had moments of genius and his songwriting contributions for veteran Johannesburg band Brixton Moord en Roof Orkes have also been lauded by many fans and critics. But Hartseer Broers, Nooitlag Susters is a game changer and hopefully a sign that this very talented songwriter is about to hit a golden streak.

Some of Barnard’s finest songs, such as Toon van Heerden and Sarah Ruimtevaarder, need to be heard to be believed — yes, they are that good — and if Universie Nasie does not bring a smile to your face, then you have overdosed on the Botox treatment. If you have ever given a shit about the heritage of Afrikaans songwriting, then this is one album you cannot afford to miss.

Idealistic Animals: Dear Reader (Just Music)
The evolution of Dear Reader has been a fascinating trajectory to observe. In a few short years the band has morphed from a twee pop band named Harris Tweed into a bold and challenging indie-pop outfit. In that time lead singer and songwriter Cherylin MacNeil has signed an international deal with City Slang and relocated to Berlin where she hooked up with Brent Knopf, the former Menomena member.

Knopf, who left Menomena to focus on his own project, Ramona Falls, produced the South African Music Award-winning Dear Reader album, Replace Why with Funny, in 2008, and returns for this new album too. So what can you expect? Well, an album about MacNeil dealing with losing her faith is the answer. In a press release that accompanied her new album, MacNeil said she used to believe that everything happened for a reason. “Now that I’ve lost that belief everything seems aimless and chaotic and I’m still coming to terms with the fact that I feel like I’m at the mercy of completely random elements.”

But too simplify it a bit more: you can expect expansive, complex pop songs driven by magnificent percussion that deal with heavy subject matter and will remind listeners at times of Kate Bush, Tori Amos and Regina Spektor. And for the real fans, there is even a deluxe version with half the album performed live and acoustic on a second disc.

… By Natural Selection: Make Overs (KRNGY)
The second dose of the Make Overs is here and if this Pretoria duo is to be believed the third has been recorded and will be out soon. This psychedelic pop-punk noise outfit resulted from the disbanding of the much-loved Sticky Antlers and their first album MC1R on the 16th Chromosome was self-released on the band’s KRNGY record label in December 2010, a mere three months after the band had first started playing live.

Since then the band has racked up some impressive touring miles, performing shows all over the country and even had a seven-inch single released by American label HoZac Records. Their second album picks up right where their debut left off, offering up hard, punchy punk tunes that you can dance to.

What Did I Just Axe You?, besides having a great title, is a rollicking little punk song with shouty vocals from drummer Martinique Pelser, and Coca Colateral is a fuzzed-out adrenaline rush of Sonic Youthesque proportions. Sharked is another highlight with thumping percussion and gritty guitar. On the whole this album is not that much of a sonic leap from the band’s debut album, but you have to give it to the Make Overs: what they do, they do unbelievably well.

Plus, anyone who has witnessed their raucous and dynamic live shows can attest that, pound for pound, this is one of the most impressive bands in South Africa currently strutting their stuff.