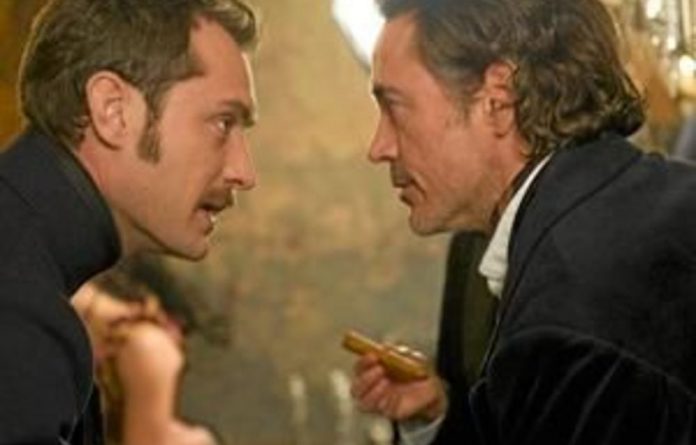 Hardly 10 minutes of Guy Ritchie’s delirious new action fantasy — Sherlock Holmes: A Game of Shadows — had whizzed past when it hit me. Surely Ritchie, and his writers Michele and Kieran Mulroney, should be handed the keys to the James Bond franchise right away? Because, for pure entertainment and fun, with a debonair hero and an excellent and plausible baddie, Ritchie has outdone himself.

After the horrible nadir of his geezer dramas Revolver and RocknRolla, and what I felt was an unconvincing start with the previous Holmes adventure, Ritchie has made this movie fly. It’s his best since Lock, Stock and Two Smoking Barrels — probably his best, full stop. Robert Downey Jr is great as the outrageous Holmes — he makes Iron Man look tinny — and as Watson, Jude Law relaxes and shows us that cool seducer-of-the-camera-lens we first saw in The Talented Mr Ripley.

What’s more, this stylised world makes sense of all the Ritchie mannerisms. There’s Irish music, lairy London types and hyper-kinetic fight sequences suddenly slowing up for zero-gravity “bullet time” sequences. Cleverly, Ritchie often uses these flourishes to capture not simply a punch-up in progress, but something happening in Holmes’s mind, his lightning-fast sizing-up of any conflict situation, and his scoping out of minuscule clues. I mentioned 007 just now, but this Holmes actually has more than a touch of a crazily souped-up Richard Hannay.

The 19th century is drawing uneasily to a close; anarchist bomb outrages are cranking up tension between the great European powers. Jared Harris plays Professor Moriarty, the Napoleon of crime, who is directing a detestable new plan for global domination. The only person who can stop him is Holmes, who at present is distracted by a petulant sense of grievance that his wingman Watson is deserting their bachelor paradise to get married. But the irrepressible genius-sleuth hijacks poor Watson’s stag night to set the wheels of adventure in motion and the two men chance upon a woman who is to be the key to the mystery: Simza, played by Noomi Rapace.

Stephen Fry puts in a funny turn as Sherlock’s cleverer brother, Mycroft (an eerie visual echo of his Oscar Wilde), a man with a fastidious reluctance to shake hands, but, bizarrely, a habit of parading around stark naked in his own home. A very great deal of the Fry person, I have to say, is revealed to the cinema-going public. But this second Richie Sherlock is all great fun, and a sure bet for those seeking thrills and spills and laughs this Christmas. Elementary. —