Time to trash those smokes 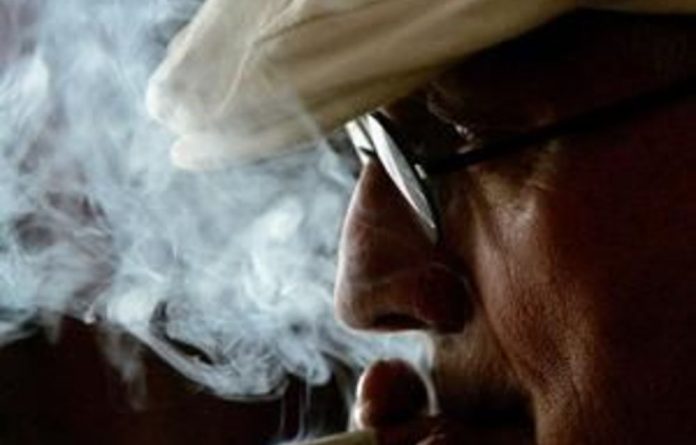 About 40% of cancers in women and 45% of those in men could be prevented by a healthier lifestyle, including drinking less, smoking less and losing weight, according to a risk-factor study. Cancer-awareness charity Cancer Research UK, which funded the work, said tens of thousands of people could be spared a cancer diagnosis if they took more care of themselves.

Although the biggest risk factor by far is smoking, which caused 23% of cancers in men and 15.6% in women, there were also some surprises. Putting on too much weight, for instance, was found to be a greater risk for breast cancer in women than drinking alcohol and diet accounted for 9.2% of all cancers if a lack of fruit and vegetables, too much salt and red meat and too little fibre were included.

Men had a higher risk of cancer as a result of failing to eat the recommended five portions of fruit and vegetables a day — in men this was a risk factor in 6.1% of cancers whereas in women it dropped to 3.4%. The study was published in the British Journal of Cancer.

Professor Max Parkin, a Cancer Research UK epidemiologist based at Queen Mary, University of London, said: “Many people believe cancer is down to fate or ‘in the genes’ and that it is the luck of the draw whether they get it. Looking at all the evidence, it’s clear that about 40% of all cancers are caused by things we mostly have the power to change.

“We didn’t expect to find that eating fruit and vegetables would prove to be so important in protecting men against cancer. And among women we didn’t expect being overweight to have a greater effect than alcohol.”

The other risk factors the study examined were infections such as human papillomavirus, which causes cervical cancer, occupations such as working with asbestos, lack of physical exercise, radiation, lack of breastfeeding and the use hormone replacement therapy.

Ciaran Devane, chief executive at Macmillan Cancer Support, said healthy lifestyle messages were not getting through. “No one chooses to have cancer and it would be wrong to blame people for making wrong lifestyle choices,” he said.

“For a long time people have been told that eating healthily, not smoking and exercising regularly can benefit them and these figures show again the impact a healthy lifestyle can have. Yet these healthy lifestyle messages are clearly not reaching enough people. They need to be made more relatable to people’s everyday lives. We know that being physically active reduces the recurrence rates of cancer, as well as the chance of getting it in the first place. There needs to be a cultural change, so that people see physical activity as an integral part of their lives, not just an optional add-on.”

Dr Rachel Thompson, deputy head of science for the World Cancer Research Fund, said: “This adds to the now overwhelmingly strong ­evidence that our cancer risk is affected by our lifestyles.” —