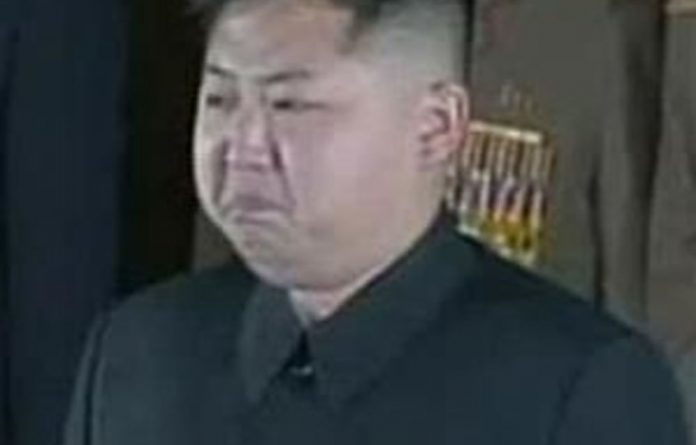 North Korea’s leading newspaper on Monday referred to the son and successor of late leader Kim Jong-Il as head of a key ruling party body, suggesting he is on track to take full control of the country.

Kim Jong-Un has been touted as “great successor” since his father died on December 17 but his highest current official title is vice-chairperson of the party’s Central Military Commission.

Among the titles held by his father was party general secretary, a post that automatically makes the holder the head of the party’s powerful central committee.

Rodong Sinmun newspaper referred to Jong-Un as head of the committee in several articles calling for loyalty to him.

“All party organisations across the country are upholding great comrade Kim Jong-Un’s ideology and leadership with one mind,” it said in one article.

“Jong-Un has not officially taken over as general secretary but he is expected to inherit it and other posts held by his father,” he said.

Rodong Sinmum on Saturday termed the young Kim “supreme commander” of the military, in the latest sign that the untested successor is tightening his grip on power.

China is North Korea’s closest ally and Noda has said safeguarding the peace and stability of the Korean peninsula is “in the common interest” of the two regional powers.

Ties between the two nations have been dogged by economic and territorial disputes with Tokyo repeatedly raising concerns over China’s widening naval reach and growing assertiveness in the Pacific ocean.

But Jong-Il’s death has shifted the agenda to worries about nuclear-armed North Korea.

Kim’s death “should not wrongly affect the peace and stability on the Korean peninsula,” Noda told China’s Premier Wen Jiabao during Sunday talks, according to a Japanese foreign ministry spokesperson.

“Under this situation, the role of China is extremely important.”

Stronger relations
The six-party talks, chaired by China and also involving the two Koreas, the US, Russia and Japan, have been at a standstill since December 2008.

On Monday the Japanese leader met China’s President Hu Jintao and top legislator Wu Bangguo, and expressed gratitude for the country’s support in the wake of a devastating tsunami in March.

Hu said Noda’s first official visit to Beijing since he came to power in September was “of important significance” and would “further deepen the two countries’ strategic mutually beneficial relations”.

China and Japan are still trying to heal diplomatic wounds from a year ago when Beijing reacted in fury over the arrest of one of its fishermen near the islands after he rammed his ship into Japanese coastguard vessels.

During talks with Wen, both sides agreed to set up high-level consultations to discuss maritime affairs, including a thorny territorial dispute in the East China Sea, the Japanese foreign ministry spokesperson said.

Meanwhile discussions on a free trade agreement between Japan, China and South Korea would likely begin early next year, the spokesperson said, without offering details.

Noda will leave Beijing for Tokyo later on Monday. — AFP