Rajbansi ‘central to what SA has achieved’ 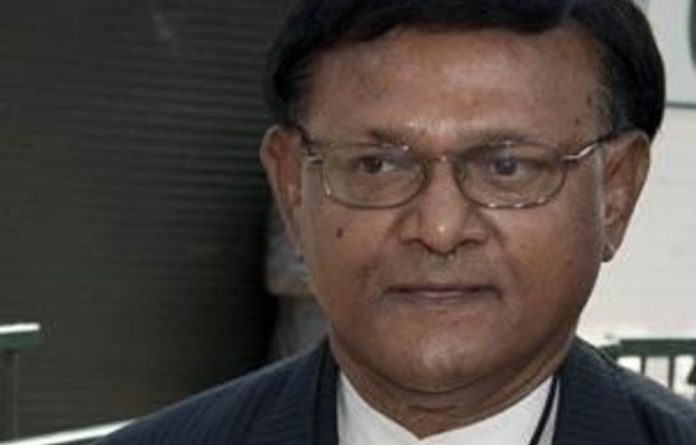 South Africa had lost a political heavyweight with the death of Minority Front Amichand Rajbansi, said Inkatha Freedom Party leader Mangosuthu Buthelezi at his funeral in Chatsworth on Saturday.

“South Africa has lost one of its political heavyweights with the passing away of the leader of the Minority Front,” said Buthelezi.

“The passing of Mr Amichand Rajbansi is painful to bear, for his leadership is still needed and his passion will be hard to match.”

Rajbansi was granted an official funeral after he died aged 69 on Thursday morning, after being admitted to hospital in Umhlanga, outside Durban, in October with bronchitis.

Buthelezi said that he had known Rajbansi for four decades.

He said that in 1978, some parties had formed a black alliance to fight apartheid, including the IFP and the Reform Party, which Rajbansi belonged at the time.

Later on the apartheid regime established the Tricameral Parliament to represent Indians and coloureds, but still excluded blacks.

Buthelezi said he was opposed to the system but Rajbansi left the alliance to join the Tricameral Parliament.

“I will always hold Mr Rajbansi in the highest esteem for the way he handled this parting of ways.”

He said he was disappointed that in the post-apartheid era, Rajbansi had chosen to align himself with the ANC.

“Still, once again, there was no animosity between Mr Rajbansi and me.”

Buthelezi said that he respected Rajbansi’s passion to serve the Indian community.

Nevertheless, Rajbansi “did not favour the Indian community unfairly” during his time as KwaZulu-Natal sports and recreation minister, said Buthelezi.

He said he found it “painful, but not surprising” when the ANC dropped Rajbansi from Cabinet.

“It was also not surprising that Mr Rajbansi became embittered by this, which resulted in his forthright criticism of the ANC.”

Buthelezi said their relationship had endured over the years.

“Although we walked different roads, we retained respect for one another.”

“Many would agree with me when I say that this was a courageous man of exceptional talents,” said Ndebele in a prepared speech.

“His contribution to nation building and bringing unity, particularly here in KwaZulu-Natal, is well documented.”

Ndebele said that he had served with “The Bengal Tiger” — as Rajbansi was known — in the cabinet of the KwaZulu-Natal government between 2004 and 2009.

As premier of the province, Ndebele had invited Rajbansi to serve as sports and recreation minister.

“True to his character of fostering cooperation at all times, he gladly accepted the request.”

Ndebele said that Rajbansi had been involved in politics both in the build-up to a democratic South Africa, as well as post-apartheid.

“Some may have been tempted to dismiss his role and that of his party as minor in the greater thick of things. However some of us who have been part of the political processes of this province would attest that he was central to all that we have achieved.” – Sapa