The road to Mangaung: Who’s got Zuma’s back? 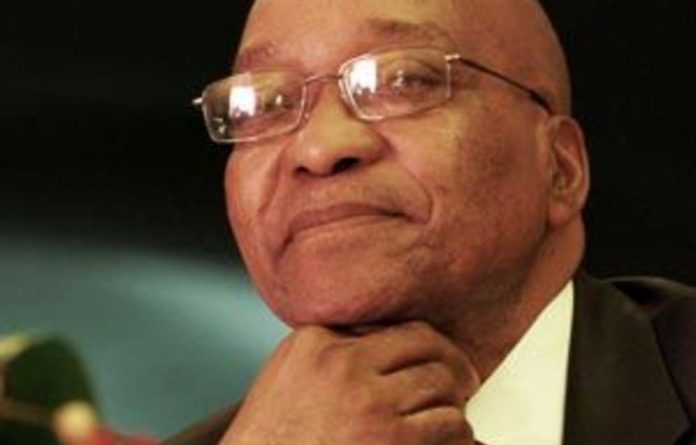 As the ANC’s centenary celebrations mark the beginning of the countdown to its 53rd national elective conference in Mangaung, the Mail & Guardian looks at the cast of characters championing Jacob Zuma’s re-election as the president of the ruling party in the face of stiff competition from his opponents.

Blade Nzimande: The Comrade’s Comrade
South African Communist Party (SACP) general secretary Blade Nzimande was one of Zuma’s most vocal supporters during the latter’s bid to stave off corruption and rape charges and during his presidential campaign. Nzimande joined the chorus of those saying they would die — and even kill — for Zuma.

This earned Nzimande a comfortable spot in the Cabinet. As the minister of higher education, Nzimande has remained largely in the background — but he is content with the privileges his status provides. For him to continue in his post, he needs to help Zuma secure a second term. Count on Nzimande to seek the limelight and launch attacks against anyone who threatens Zuma’s reign.

Nathi Mthethwa: The Henchman
Police Minister Nathi Mthethwa is understood to be one of Zuma’s most trusted allies. In the lead-up to Polokwane, he was a key lobbyist in the successful campaign to raise Zuma to the presidency. Since then Mthethwa has not missed a beat when called on by the president.

Zuma even cast Mthethwa in the role of enforcer, to convince Gauteng ANC Youth League president Lebogang Maile to stand against the league’s national president Julius Malema in its 2011 elective conference. The youth league, in turn, has lambasted Mthethwa for allegedly using state resources to aid the drive to re-elect Zuma.

Ever-ready to jump to Zuma’s defence, Motshekga was among the first to challenge an ANC backlash following Malema’s first disciplinary hearing in 2010. She can also be counted upon to hurl vitriol in the president’s defence — regardless of who is in the firing line.

During the run-up to the 2009 elections, she called those deserting the ruling party for the newly formed Congress of the People “dogs”. The fiery Motshekga is not to be tangled with.

The support has not gone unnoticed and Zuma has become particularly fond of boasting about apparent successes in education during his tenure.

Sdumo Dlamini: The Rabble-Rouser
The president of Congress of South African Trade Unions (Cosatu), Sdumo Dlamini is seen as the only leader in the labour movement actively pursuing Zuma’s re-election.

Although he denies the reports, Dlamini’s apparent support for a second term for Zuma has led him to butt heads with Cosatu general secretary Zwelinzima Vavi, whose own enthusiasm for Zuma has waned since the days he vowed to “kill and die” for the man. If Dlamini continues to ignore the script set out by the labour movement, he may be committing political suicide in much the same way as did his predecessor, Willie Madisha, who went into the Polokwane conference firmly behind Thabo Mbeki and promptly found himself relieved of his position within the trade federation.

If Zuma is successfully ousted, Dlamini may find himself having to ask the benched Madisha to scoot up.

MK Vets: The Chorus
The members of Umkhonto we Sizwe Military Veteran’s Association are diehard Zuma supporters. Never shy to threaten fire and brimstone in defence of Zuma, they represent a large voting bloc that will play a key part in the succession story.

Whenever Malema has criticised or attacked Zuma’s decisions, their president, Kebby Maphatsoe, has leapt to the party leader’s defence. Maphatsoe even threatened to make the Western Cape ungovernable if premier Helen Zille didn’t stop “insulting” Zuma.

The veterans’ loyalty was recently rewarded with a hefty donation from the Gupta family — key Zuma patrons and alleged benefactors.