Beyond Saro-Wiwa the martyr 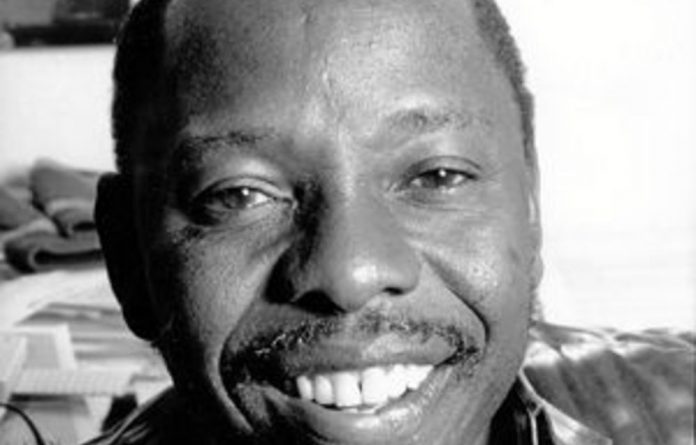 To most of us Ken Saro-Wiwa was a Nigerian activist and a martyr — a brave and inspiring campaigner who led his Ogoni people’s struggle against the decades-long defilement of their land by Big Oil and ended up paying for it with his life.

To Noo Saro-Wiwa he was Dad. Rather a distant dad, though, because for most of her childhood she saw him only three or four times a year on his regular visits to England, where she lived with her mother, brothers and twin sister, and during the long summer holidays at the family home in Port Harcourt, where her father lived.

He was not always the perfect dad either. Certainly not that day in 1990 when the 14-year-old Noo received a phone call from her uncle out of the blue. He revealed that when Noo was to visit Nigeria that summer, she and her siblings would have two new friends to play with: their half-sisters.

“He got his brother to tell us about them,” she said. “About this whole ‘other family’ he had. They were eight and six by the time we learned they even existed. We were shocked, angry. We felt betrayed, less valued. Now I see it differently. But at the time …”

Noo (35) has written a book — as funny and affectionate as it is honest and, frankly, alarming — about her first prolonged visit to her homeland since that summer 20 years ago. At that point, she said, she and her siblings had rebelled. “For years we’d been dragged back there for two months every summer. We just said, enough is enough.”

And after Ken Saro-Wiwa was executed by the country’s military dictatorship in November 1995, of course, there was even less of an incentive to return. Nigeria, said Noo, became a repository of all her pain, fears, disappointments and resentments, a place “where nightmares come true”. It took time to go back — as it has taken time for her to reappraise her father.

She had moved with her mother and siblings to Britain in 1977, aged barely one. A successful, self-made and by then relatively well-off man, Ken “wanted us to have the best ­possible start in life. I don’t think there was ever any question of us not going back to Nigeria eventually, but my father wanted his children to do well.”

Nothing special
The family settled in Ewell in Surrey and the children were sent to boarding schools; Noo went to Roedean. “Apart from that, though, I don’t recall our life being anything special,” she said. “Materially, it felt quite deprived. We really weren’t as well off as all that. We didn’t have separate bedrooms; I wore my brothers’ hand-me-downs.”

Ken shuttled across three or four times a year and the family spent every summer together in Port Harcourt. “As a young child, you of course have little sense of him,” said Noo. “He was just this great, energetic, moustachioed presence, with fantastic bedside stories and always lots of presents and chocolates — and permanently with his pipe. When I was very young, I used to think every black man I saw with a moustache was him.”

Gradually her parents’ marriage began to show signs of strain, noticeable even to a child. Noo’s mother, never particularly pleased by her exile to England, where she spent 17 years working at a job centre, became increasingly unhappy, sometimes tearful. Rows erupted during Ken’s visits over clothes bought “for cousins”; her father grew more and more distant.

The summer before Noo, her brothers and sister were belatedly introduced to their father’s “other family”, he made one last effort to woo them with the wonders of Nigeria, taking them on a road trip through the central highlands and further into the interior in the family Peugeot. Noo mainly remembers being subjected to endless recordings of Richard Clayderman’s neoclassical renderings of 1970s pop hits on the car stereo.

What she did not fully grasp at the time was that her father was by then devoting most of his time and energies to campaigning. Ken was one of the first members of the Movement for the Survival of the Ogoni People, a non-violent group militating for greater autonomy, a fair share of oil revenues and repair of the environmental destruction wrought by the oil majors, notably Shell.

“He was starting to talk about it,” Noo said. “He’d set up the group, published the Ogoni bill of rights. He took us there. He showed us the gas flares burning in the village, the oil spills. He was very passionate about it, I remember that. But we never had any inkling of what it would eventually lead to.”

Ken was arrested for the first time by Nigeria’s military regime in 1992 and spent several months in prison without trial. The following year, after about 300 000 people — about half the Ogoni population — took part in peaceful marches and demonstrations across the region, the military government of General Sani Abacha sent in the troops and Ogoniland was occupied. Ken was promptly arrested once more, but released after a month.

Charged with incitement
In May 1994 four conservative Ogoni elders were murdered. Ken was immediately arrested and charged with incitement. After more than a year in jail, he and eight other senior movement leaders appeared before a specially convened military tribunal. Most of the Ogoni Nine’s defence lawyers resigned over what they protested was the outrageous rigging of the trial; a number of prosecution witnesses later admitted they had been bribed to provide incriminating testimony.

If a guilty verdict came as no surprise, the sentence — death by hanging — certainly did. Few domestic or foreign observers ever expected it to be carried out. But on November 10 Ken and his eight co-defendants were duly executed. The resulting wave of international shock and outrage, led by former South African president Nelson Mandela, who called the killings “a heinous act”, resulted in Nigeria being suspended from the Commonwealth for three years.

It was 18 months since Noo had last seen him when her mother called with the news. It was, said Noo, “a complete surprise. Just so shocking. Nobody had expected that. Nobody thought the regime would actually carry it through. And what was almost as shocking, to me as a 19-year-old, was how huge the news was. It was the front page of every newspaper, the top item on the TV news. I had no idea he was such a big figure, that he meant so much.”

In the aftermath she buried herself in her work: a geography degree at King’s College London, early travel-writing experience on the Rough Guide to West Africa, a year at Columbia’s journalism school in New York, a stint at ABC News as a researcher, more African travel with Lonely Planet.

She returned to Nigeria only twice in the decade after her father’s death: for his official burial in 2000, then for his family burial five years later. It is movingly described in her book. In her father’s home village of Bane, next to her grandfather’s house, Noo and her relatives painstakingly reassembled Ken’s exhumed skeleton, the remains identified and eventually released after lengthy discussions with Nigeria’s new, democratically elected government. With the help of an uncle who was a medical doctor, Ken’s carefully arranged bones were finally laid to rest.

“It’s actually surprisingly easy to change one’s perspective,” Noo said. “I could either have been all Western about it and freaked out at the idea of touching his bones, or think: this is still my father. I shouldn’t run away from him or be scared. He needs to be properly buried. So that’s what I did.”

The decision to go back for a lengthy stay to lay to rest her many and various Nigerian ghosts — and above all write about it — was initiated by Noo’s agent. “Initially I was reluctant; I just wanted to do a straight travel book,” she said. “My agent said I really had to deal with the family thing. She was right, of course. The truth is always more interesting and you have to embrace it all. You can’t leave stuff out.”

Drawn to her father’s work
She finds herself ever more drawn, too, to her father’s work. The Ken Saro-Wiwa Foundation, with the involvement of her brother and uncle, carries on Ken’s mission. It is a more complex one now that the oil multinationals, in Noo’s words, “at least feel they have to make an effort”. (In 2009 Shell agreed to a $15.5-million out-of-court settlement with the families of the Ogoni Nine, although without admitting any liability for their deaths.)

“I would like to become more involved, now, yes,” said Noo. “My father wanted to improve the lives of the Ogoni people. I don’t have to get involved in the oil stuff to do that — there’s education, childcare, other issues. And I certainly want to write about Ogoniland. But I don’t want to do it just as Ken Saro-Wiwa’s daughter. I want to establish myself as a writer first. Then when I write about what he fought for, it may mean more.”

What, though, about Ken as a father — that whole “other family”? Have her feelings changed since she learned, 20 years ago, that she had two sisters she never knew existed? “Human beings are flawed,” Noo said. “When you’re young, you don’t fully understand that your parents are the product of their upbringing. Polygamy complicates things.

“Look, my grandfather, my father’s father, had six wives. I’ve no idea how many children he had. So my father was already a massive improvement, a step on the road to normality. I’m grateful to him.” —