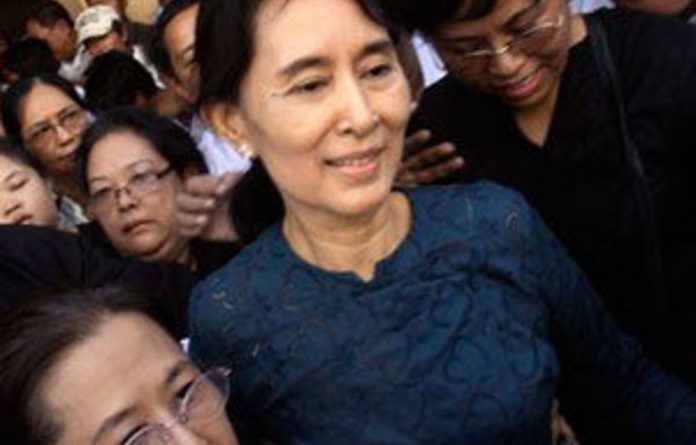 A senior aide to Burma’s president has welcomed the prospect of the party of Aung San Suu Kyi, the democracy campaigner and Nobel prize winner, taking power in the country.

“They can be the ruling party one day,” Nay Zin Latt, the personal political adviser of President Thein Sein, told the Guardian.

His comments constitute one of the most outspoken declarations of support for change in the secretive and repressive state so far.

William Hague, the British foreign secretary, flew into Burma on Thursday for a two-day visit aimed at “encouraging reforms”.

He is the first British official of such rank to travel to the country for more than 50 years. But many observers both inside Burma and outside doubt the authorities’ commitment to what Latt described as “a mission of democratisation”.

Between 600 and 2 000 political prisoners remain in jail, the army continues operations against ethnic groups in the north-east of the country and censorship, though somewhat eased, remains heavy. Political life and the economy is dominated directly and indirectly by the ruling regime.

Nonetheless, it now appears likely that Aung San Suu Kyi will lead her party, the National League for Democracy, in by-elections in April. The move is controversial and some campaigners within Burma have opposed it.

‘A normal lifespan’
The NLD boycotted elections held in November 2010 — the first for 20 years — as its leader remained under house arrest. She was released shortly after the poll.

She qualified her statement however by saying that she did not know if she would live “a normal lifespan”. Aung San Suu Kyi was scheduled to have a private dinner with Hague on Thursday evening. The foreign secretary was also due to meet representatives of Burma’s ethnic minorities. Officials said that particular attention would be paid to the plight of refugees fleeing fighting between the Burmese army, which has been repeatedly accused of systematic human rights abuses, and forces from the Kachin minority in the north-east of the country.

Hague has said the visit was aimed at encouraging Burma “on its path of reform towards democracy”.

Aung San Suu Kyi said that President Thein Sein, appointed by the elderly military dictator Than Shwe in March 2010 to lead a nominally civilian government and a transition to democracy, was “an honest man… [He is] a man capable of taking risks if he thinks they are worth taking.”

‘Genuine and authentic’ change
The key issue of political prisoners remains unresolved, however. Hague was reported on Wednesday saying he had been assured by his Burmese counterpart that they would be freed. However in an interview with the BBC, Burmese service Wunna Maung Lwi later said there were only “criminals” in Burmese jails.

There was widespread disappointment at the limited scale of an amnesty to mark the anniversary of Burmese independence from British rule earlier this week. Only 10 political prisoners were freed, all serving short sentences.

“We cannot say there is any change. We can just glimpse some kind of road ahead but we are still at the starting point. As long as there are still political prisoners, abuses, civil war and land grabs you cannot talk of change,” said Kokoji, an activist and former prisoner.

Latt, the presidential aide, said change in Burma was “genuine and authentic” but “obviously reversible”.

“The West want us to be a democratic country. Politically they will get a benefit from this because we will be part of the democratic world and the West wants to contain China,” Latt said.

He promised political prisoners would eventually be freed “in the future” but that any release would be gradual. —