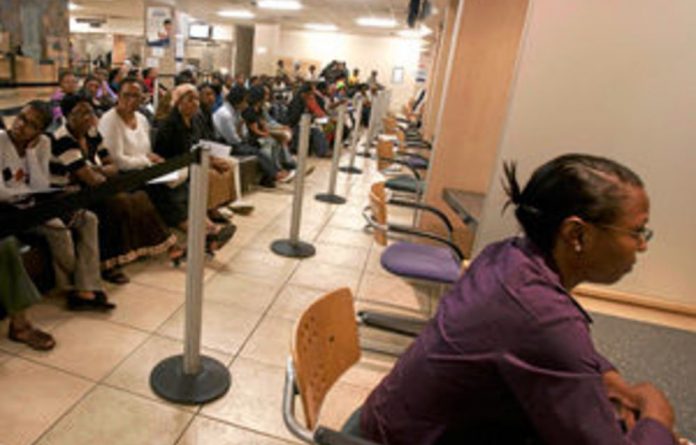 The South African Revenue Service (Sars), generally lauded for its efficiency, has come in for a drubbing in a new research report about the experiences of small and medium businesses, raising serious questions about the extent to which the treasury may be strangling the sector it most wants to thrive.

One in seven business owners canvassed for the SME Growth Index study identified inefficiencies in the tax service as a major regulatory burden. Complaints varied from the irritating — an inefficient call centre, constant changes in procedures and forms, lost documents and online returns that do not work — to the downright lethal, with Sars sapping cash flow, the lifeblood of small businesses. Delayed refunds, errors and large fines for minor administrative errors were also flagged.

“Three months ago, Sars triple debited us by mistake,” a business owner told researchers from the Small Business Project, a Johannesburg-based think-tank that is studying 500 business owners for the next three years in the SME Growth Index research project. “It was a huge blow to our cash flow and still hasn’t been rectified. But Sars insists that we still have to pay our full monthly fees — they don’t seem to care that their errors wipe out cash flow.”

Another business owner said: “Our firm recently made a small admin error on our submission. We were told we had to pay a R100 000 fine and we were threatened with the company being shut down.” Apart from administrative inefficiencies, small businesses complained that the structure of the tax system dangerously bled their cash flow. Provisional tax, which a company has to pay in advance based on estimated profits, seriously weakens the ability of businesses to survive a bad year.

Furthermore, Sars compels businesses to pay value-added tax (VAT) as soon as they issue an invoice and not when they get paid. In a country in which the business culture is one of paying suppliers as late as possible, this is a serious drain on a business’s resources. Issuing an invoice of R100 000, for example, means that a business has to fork out about R14 000 in cash to Sars but can only expect to get it back when the client finally pays — often only 90 days after invoice.

In the late 1990s Sars withdrew an allowance to small businesses that they could pay VAT only once they had received payment, after it discovered that the procedure enabled fraudsters to milk Sars through fake invoices. Sars now allows VAT on a payment-received basis only on special request.

Chris Darroll, chief executive of the Small Business Project, said the research highlighted “the critical challenge of how tax collection impacts on a business’s cash flow”. She said Sars had responded positively to the research report. “They are really very open [to our findings and ideas].”

A team to study business operations
Sars spokesperson Adrian Lackay said the organisation had “put together a team across its business operations divisions to study the findings and report back on concerns raised: tax refunds, tax clearance certificates, call centre operations and VAT registrations, among others”.

Lackay said Sars acknowledged that attempts “to tax small businesses under regular tax parameters is not cost-effective for both compliance and administration purposes. Developing countries need to design systems that simplify taxes for small businesses in order to increase their compliance levels.”

The small business community had been targeted by Sars as a segment that needed special “tax instruments” and simpler administrative processes, said Lackay. These were constantly researched and experimented with by Sars.

Lackay cited as an example the recently introduced turnover tax, which allows businesses with revenue of less than R1-million a year to pay a low percentage of their turnover as tax, instead of corporate tax or income tax on their profit. It frees small businesses from having to keep detailed records of their business expenditure to calculate taxable income.

But such special tax instruments are a hit-and-miss affair. The turnover tax has largely flopped, with only about 10 000 businesses registered under the regime. There are at least one million informal businesses with incomes large enough to be taxed, including 150 000 taxi operators, the formalisation of which the turnover tax originally aimed to achieve.

The turnover tax presents Sars with a perennial tax-authority problem: nobody knows how many of the 10 000 are informal businesses that have been enticed by the regime into the tax net, or whether they are businesses that would have paid normal tax anyway.

Narcizio Makwakwa, outreach officer in the services and estimations division of Sars, said the “message [about turnover tax] was not directed at the right people”. But he also acknowledged that joining the turnover tax regime was a risky decision — choosing it could be disastrous if a business made a loss in the year ahead, whereas paying ordinary income tax at least guaranteed a zero tax rate in the event of a loss.

Tweaking could produce success
But turnover tax is relatively new and with tweaking may become as successful as the small business corporation tax break developed by Sars over the past decade. About 90 000 businesses with turnovers of less than R14-million qualify annually for the tax break, which exempts them from having to pay tax on their first R57 000 of profit and levies a tax of only 10% on any further profit up to R300 000 — as opposed to the standard corporate tax rate of 28%.

These rules alone confer a potential tax saving of R60 000 a business a year, but a business taxed under this tax break can also write off equipment against taxable income in the same year in which it was bought.

Sars could not provide the Mail & Guardian with estimates of how much tax in total is lost to the fiscus — and saved by small businesses — through the small business corporation tax break, but it is likely to be in the billions. The tax break was not mentioned in the SME Growth Index study, although its recipients were most likely benefiting from the regime, proving perhaps that Sars, like a highway robber, cannot expect to be thanked for not taking as much as it could have.