The party’s over: Desperate Dexter says Cope is kaput 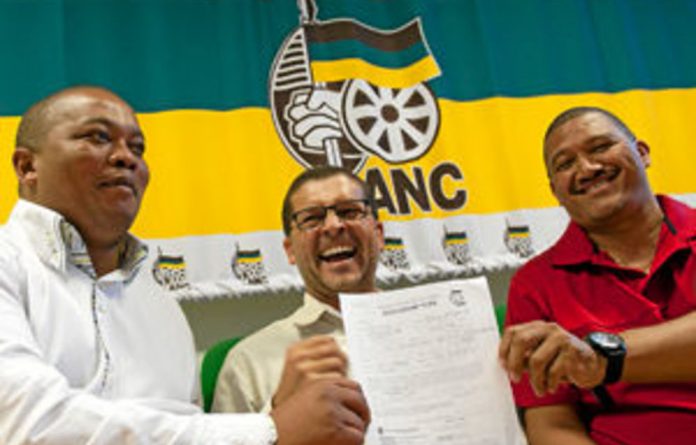 The Congress of the People (Cope), which was launched amid much fanfare three years ago, was this week described as besieged by “unparalleled chaos, infighting, factionalism and maladministration” by one of its co-founders as he bid it farewell.

Cope MP and former spokesperson Philip Dexter joined a long list of party leaders who have left the party over its alleged maladministration.

But party insiders said his departure did not come as a surprise and described it as a “non-event”. They said Dexter had fallen out with party leader Mosiuoa Lekota and was just one of a number of disaffected MPs and senior leaders who were expected to jump ship.

At a press conference in Cape Town this week, Dexter was at pains to explain that he had not been offered anything of material benefit or an “ambassadorial position”.

Yet on December 16, while still a Cope MP, a desperate Dexter posted his banking details on Facebook, asking his “friends” to contribute money for a court case against his wife.

Asked this week about leaving a paying job when faced with such financial demands, he said that it was “totally wrong” to draw a link between his “financial need and political need”. “I left my position for principled reasons. Surely you are not suggesting I should just sit and get paid and lie to the voters?”

The fledgling party’s three-year existence has been clouded by crippling factionalism and public wars for positions that split it into two groups — one supporting Lekota and the other his suspended deputy, Mbhazima Shilowa.

Although differences remain between the two groups, members of both factions who spoke to the Mail & Guardian this week agreed with an internal discussion document written by Dexter. It analysed the state of the party following its dismal performance in last year’s local government elections in which it managed to get only about 2% of the vote nationally.

Cope had dropped from an impressive 7.4% two years earlier in the national elections in April 2009, which were held five months after the party was established. Those elections were followed by a public fight for positions that resulted in a number of top leaders leaving the party, two failed attempts to hold a conference to elect leaders and a series of court cases over the leadership of the party.

Launch and rebrand
In the document, Dexter called on the party to launch and brand itself anew or “shut up shop and admit the end of a significant but failed experiment in democracy”. He wrote: “While Cope started with an incredible energy and a significant impact, it quickly degenerated into a morass of leadership struggles, policy fudges and endless debates, mostly left by unresolved bad organisational practices and a culture that mimicked the worst found in the ANC.”

Dexter, a former treasurer of the SACP, also wrote that among the worst features of Cope were individuals being enticed away from the party with promises of money, favours, offices and relief from the stressful environment of the party.

Sources claim that the proposed co-operation with other political parties, especially the Democratic Alliance, has further soured relations inside the Cope caucus. Dexter alluded to this at the press conference when he said: “It’s not a ­project that will succeed, especially with some leaders moving towards working with the DA. I’m not a liberal. I don’t think I can work comfortably with the DA.”

He later told the M&G that “the DA issue was one factor among many, but not a significant one”. Insiders claim that Lekota is the mastermind of a plan to merge Cope with the DA, allegations which he has denied. In an unusual development in November, members of Cope’s parliamentary caucus called a press conference to distance themselves from the so-called proposed merger with the DA, but Lekota was conspicuous by his absence.

He later explained at another press conference that he was merely calling for a round-table meeting to discuss co-operation between the opposition parties represented in Parliament. Sources said the merger would see an exodus of Cope members joining the DA.

At this week’s press conference Dexter described Cope as a mission that had failed. “I joined Cope in the hope that we could defend the national democratic revolution and build non-racialism. I was profoundly mistaken,” he said.

“Instead, Cope descended into an unparalleled chaos of infighting, factionalism, maladministration and even corruption.” Cope’s acting general secretary, Deidre Carter, begged to differ, claiming that “everything is fine” in the party. There was no corruption or unhappiness in the party, she said.

“There was corruption in the ranks of the party, but that’s what happened with the administration in the past.” Cope had started its renewal plans and would hold a conference to elect its leaders no later than October, she said. Carter also rejected claims that Cope members had reservations or were unhappy about the proposed working relationship with other political parties. “The membership is positive about it. There is no way we are selling out to the DA.”

John Steenhuisen and Mbali Ntuli both acknowledged the problems faced by the party over the past year, with each of them offering their own leadership vision.
Read more
Advertising