Gaming: The year of playing dangerously 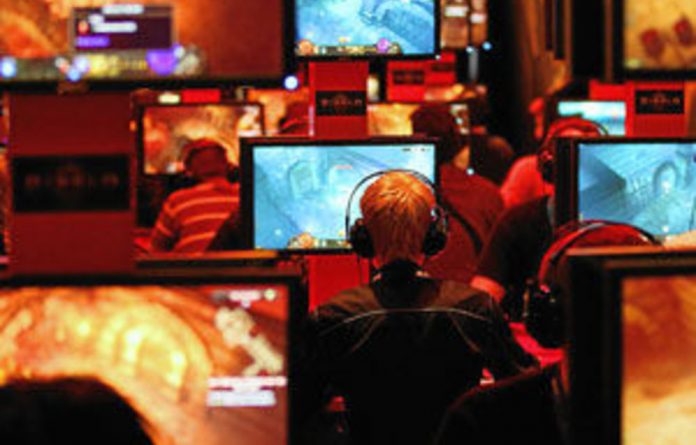 The rumours are everywhere and they are gaining traction, despite silence from Sony and Microsoft.

With the Xbox 360 now a stately seven years old and PlayStation 3 pushing six, it seems a new console generation is on the horizon. An announcement from one of the two manufacturers is expected to be made at the gigantic E3 electronic entertainment expo in Los Angeles, California, in June.

But 2012 is already looking as if it will be an extraordinarily busy year for games. Sony will launch its Vita hand-held console in the United Kingdom in February. The sleek high-end device features a 127mm OLED display, an innovative rear-mounted touch panel, twin analogue controls and wi-fi internet access.

Titles such as Uncharted: Golden Abyss, LittleBigPlanet, Escape Plan and Little Deviants suggest an interesting gaming experience, but the question is whether consumers will buy a new dedicated gaming machine at the same time as smartphones are eating into the market.

New concepts
Nintendo is also lining up its Wii U console for release later this year. Featuring a tablet-style controller with its own screen, the machine promises some intriguing new gameplay concepts, but it is still underpowered compared with the PS3 and Xbox 360. The announced games — including new versions of the strategy game Pikmin and fighting game Super Smash Brothers — have hardly set the universe alight.

Elsewhere, it looks like industry upstart Rockstar could be dominating the charts this year. In March it launches its gritty shooter, Max Payne 3, sporting ludicrously balletic shoot-outs and sophisticated ­character animation.

Sequels will do huge business as usual — and it is very much a year of threes. Sci-fi adventure Mass Effect 3, sword-and-sorcery romp Diablo III and jungle shooter Far Cry 3 should all do good business.

Publishers are also keen to bring back franchises that have enjoyed long breaks. Square Enix has its promising reboot of Tomb Raider arriving in the third quarter, featuring a teenage Lara Croft fighting for her life on a deadly island. The same publisher is also exhuming its bald contract killer, Agent 47, for its new stealth game Hitman: Absolution.

It could be that the most creative, thought-provoking comeback will be Bioshock: Infinite, a steam-punk historical fantasy set in a floating city.

Hordes of zombies
Luckily, a few original titles are expected in the coming months. The downloadable PS3 title Journey promises an adventure set in a mysterious desert in which gamers must form co-operative relationships with anonymous players. Then there is the open-world stealth shooter Dishonored, from France’s Lyon-based Arkane Studios, which mixes weird gothic machinery with rusted ­industrial cityscapes.

And Gears of War creator Epic Studios announced in December its plan to launch Fortnite, a post-apocalyptic strategy game in which you build a fortress then defend it against hordes of zombies. Yes, zombies will be back again in 2012. Some things never change.

But the big question remains: What will those new Sony and Microsoft consoles look like? One guess is that they will resemble tablet PCs, designed to fit into a world in which consumers want to take their favourite games, music and movies with them wherever they go.

But with the coming rise of smart TVs, complete with built-in computer chips, and the growing power of smartphones and tablets, is there still a place for any sort of dedicated game platforms?

It could be that 2012 will set the terms of the coming conflict. —