Has your extra virgin been deflowered by canola? 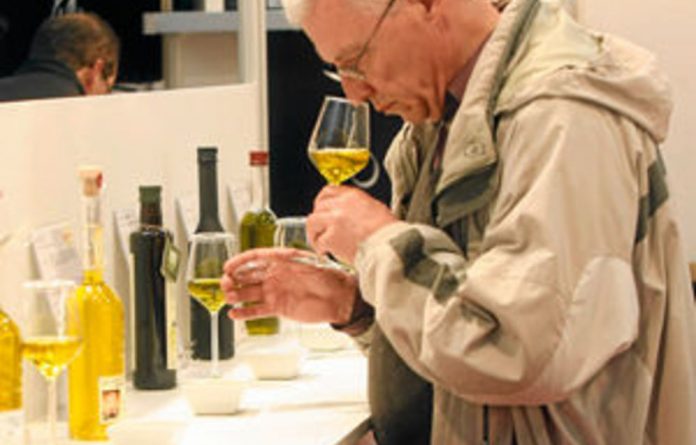 The website Olive Oil Times reported last month that two Spanish businesspeople had been sentenced to two years in prison in Cordoba for selling hundreds of thousands of litres of supposedly extra-virgin olive oil that was, in fact, a mixture of 70% to 80% sunflower oil and 20% to 30% olive oil.

In 2008 Italian police arrested more than 60 people and closed more than 90 farms and processing plants across the south after uncovering substandard, non-Italian olive oil being passed off as Italian extra-virgin, and chlorophyll and betacarotene being added to sunflower and soybean oil with the same aim.

Most alarmingly, a study last year by researchers at the University of California-Davis and the Australian Oils Research Laboratory concluded that as much as 69% of imported European olive oil sold as extra virgin on the United States West Coast was not what it claimed to be. So can we be sure of getting what we are paying for?

The answer, according to Tom Mueller, is often no. In Extra Virginity: The Sublime and Scandalous World of Olive Oil, Mueller, an American who lives in Italy, lays bare the workings of an industry that is prey to hi-tech, industrial-scale fraud. The problem, he says, is that good olive oil is difficult, time-consuming and expensive to make, but easy, quick and cheap to doctor.

Most commonly, it seems, extra-virgin oil is mixed with a lower-grade olive oil, often not from the same country. Sometimes, another oil such as canola is used. The resulting blend is then chemically coloured, flavoured and deodorised and sold as extra virgin to a producer.

Almost any brand can, in theory, be susceptible: a major name such as Bertolli — owned by Unilever — has found itself in court having to argue, successfully in this instance, that the company had been defrauded by its supplier. Meanwhile, the chemical tests that should by law be performed by exporters of extra-virgin oil before it can be labelled and sold as such often fail to detect adulterated oil.

Nor do national food authorities appear particularly bothered as long as the oil is not actively harmful. In Britain, says Judy Ridgeway, one of the United Kingdom’s leading olive oil experts, the Food Standards Agency has not done any checks on olive oil in five or six years. ‘And it only does chemical tests, not taste tests,” she adds.

The European Union now also requires extra-virgin oil to pass assorted taste and aroma tests, assessed by panels of experts: the oil has to be suitably fruity, bitter and peppery and cannot display any of 16 different defects, including ‘grubbiness”, ‘mustiness” and ‘fustiness”. But bad stuff still gets through.

Unlike most vegetable oils, which are extracted from seeds or nuts, good olive oil is made using a basic hydraulic press, or more modern centrifuge, so it is more a fruit juice than an industrial fat. It comes in several qualities, including lampante, or ‘lamp oil”, which is made from damaged or ground-gathered fruit and cannot be sold as food, virgin and extra virgin, the highest grade. This has to meet strict chemical requirements, including levels of oxidation and ‘free acidity” (a measure of decomposition).

Like any fresh product, olive oil deteriorates over time. ‘The trouble,” says Ridgeway, ‘is that it’s quite easy to clean up, say, an oil that doesn’t quite pass the acidity test. It could even taste pretty good for about three months.” Michael North, an expert who runs a fresh seasonal olive oil club, says the problem is ‘huge”.

‘The public is just not aware of what’s going on. There’s plenty of oil out there that’s rubbish: last year’s oil or older. Or not even olive oil.” —