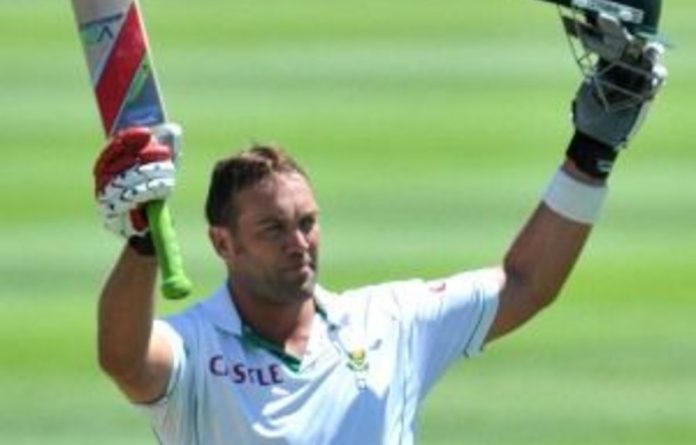 South Africa does not cherish its sporting stars in the same way most countries do. Their brilliance is almost routinely appreciated too little and heroes are allowed to slide into anonymity with barely a wave goodbye.

Shaun Pollock’s departure from the international stage was the exception to the rule. His farewell series against the West Indies in 2007/08 became a tribute that allowed him to say goodbye to every major ground in South Africa and, more importantly, gave the crowds a chance to bid him a final goodbye. There was barely a dry eye in the house — least of all his own — but it happened almost by accident.

Makhaya Ntini is the only other great to have been paid a fitting tribute, although the celebration was actually for his 100th Test when he was already some way past his best. His final match was his 101st when he plodded through two wicketless innings against England at Newlands in Cape Town.

What lasting memories do we have of so many others who entertained us for more than a decade? Did we laud Allan Donald in an appropriate way? If Gary Kirsten had not plucked him out of the hands of New Zealand with his bags already packed, he would be living in Auckland and working as the Black Caps’ bowling coach rather than the Proteas’.

And what of Kirsten, the first South African to score 20 Test centuries and reach 100 caps? He retired in the gentle confines of New Zealand’s Basin Reserve in Wellington and was allowed to wander away from the game, free to use his vast depths of knowledge as a freelance coach with whomever he chose.

No attempt was made in the aftermath of his career to tap into his far-sighted brilliance. If it had not been for India taking a chance on him, South Africa would almost certainly have missed out for good.

The legacy of Jonty Rhodes? The Mumbai Indians are appreciating his fielding input in the Indian Premier League, whereas a brief stint as consultant with the Proteas was oddly short-lived.

Lack of planning
The lack of foresight and planning is endemic in a system still contorted by its desperation to transform itself. Ironically, genuine transformation will come far more quickly and easily by embracing as many of the past role models as possible, rather than frantically looking to create new ones. Occasionally, as in the case of Herschelle Gibbs, a hero is uninterested in the nation’s affection and makes himself hard to love. But they, too, are the exception. Most are anxious to remain involved at some level and give back to the game.

Although he is seldom acknowledged for doing so, let alone applauded, South Africa’s greatest cricketer, Jacques Kallis, started doing exactly that six years ago when he used the entire proceeds of his Western Province Benefit Year — more than R1-million — to start a foundation that gives education and cricket opportunities to young boys who would otherwise have struggled to fulfil their potential in either field.

The time has come for the project to grow wings. If an excuse is needed, then an opportunity to recognise the enduring brilliance of Kallis should do nicely indeed. It would be a special moment if the national players and the game’s administrators throw their weight behind it. Kallis himself is happy to change the name of the foundation to something more generic — the JK Scholarship, for example.

Perhaps it is naive to expect his teammates to throw their weight behind such an initiative while they are still playing together. Perhaps they dream of leaving their own labelled legacy behind.
But they will not. It takes a great deal of commitment to do something like Kallis has done. And a lot of money too — R50 000 a boy a year, to be precise. There are currently 20 boys in the programme and sponsors cover the majority of the costs, but Kallis is the fall-back. Ultimately, he is responsible.

Priorities
Like everything else in his life, Kallis keeps it in perspective. “My playing career is still my priority at the moment, but I’ll give it my full attention when those days are over. I believe strongly in what this stands for and what we’re trying to do for the future of the game and the country,” he said.

Kallis has already sought the active participation of the South African Cricketers’ Association in a bid to increase the involvement of active cricketers with aspiring players.

“He is an inspiration to so many,” said the association’s chief executive, Tony Irish. “It would be refreshing to think that people could look ahead and see what a profound impact the foundation could make in the years after Kallis’s career has ended — genuine aspirant cricketers being given the chance of a great education and the beginning of a cricket career, with international cricketers as their mentors.”

Here is a thought: imitation is the sincerest form of flattery. So if the fundraising day of the organisation founded by Australian fast bowler Glenn McGrath and his late wife, Jane, to raise awareness of breast cancer is worthy of repetition in South Africa (and it is), then why not introduce a Jacques Kallis Foundation Day during the annual New Year’s Test match at Newlands?

Kallis has, after all, turned the place into his own impregnable fortress. Eight centuries and more than 2 000 runs — and counting.

It would, of course, require selflessness, imagination and hard work from Cricket South Africa.

ODIs begin
South Africa have another big day in the Western Cape coming up next Wednesday when they start the limited-overs series against the Sri Lankans in Paarl.

South Africa’s one-day form has been just as inconsistent as their Test showings — in 15 ODIs last year, they lost six times including the devastating World Cup quarterfinal loss to New Zealand in Dhaka.

New coach Gary Kirsten has had just three ODIs in charge — South Africa losing a rain-affected series against Australia 2-1 — but that the team are in a new cycle building to the next World Cup should be in the forefront of his mind.

Apart from Mark Boucher, all the old favourites are in the team. The inclusion of Dean Elgar and Rory Kleinveldt, joining the likes of Hashim Amla, new captain AB de Villiers, JP Duminy, Faf du Plessis, Johan Botha, Wayne Parnell and Lonwabo Tsotsobe, is the only suggestion of a nod in the future’s direction.

An appreciation of Colin Bland

He was, and remains, a fielder without peer, one who anticipated shots before the batsmen even took them
Read more
Sport

The outstanding player had mastered a shot that was tucked away — until it was needed by his team.
Read more
Sport

Steyn is is still, for now, the bowling "boss" and needs to be given the support and respect he deserves.
Read more
Advertising
Continue to the category
Education