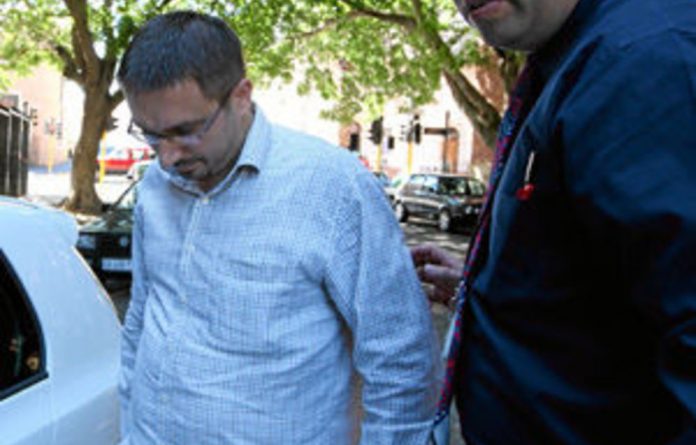 A lawyer I know probably spoke for many when he expressed some haziness about why readers of the Mail & Guardian should care about who murdered Cyril Beeka or why he was in the company of some obscure Balkan fugitive at the time of his assassination.

The answer lies in the globalisation of organised crime so neatly captured in the rubric McMafia, the title of former BBC correspondent Misha Glenny’s ground-breaking 2008 study.

Glenny shows how the carelessly sponsored break-up of the Soviet Union, combined with unfettered financial deregulation and rampant Western consumerism, created one of the unheralded “success” stories of globalisation: an explosion in the reach and influence of criminal networks — to the extent that Glenny estimates the illicit makes up nearly 20% of the world economy.

Combine that with the capacity for violence generated, say, by the brutal disintegration of the Balkans — and you have a very nasty picture indeed.

To quote Glenny: “Organised crime is such a rewarding industry in the Balkans because ordinary West Europeans spend an ever-burgeoning amount of their spare time and money sleeping with prostitutes; smoking untaxed cigarettes; snorting coke through €50 notes up their noses; employing illegal untaxed immigrant labour on subsistence wages; stuffing their gullets with caviar; admiring ivory and sitting on teak; and purchasing the liver and kidneys of the desperately poor in the developing world.”

In case you think this is a wild exaggeration, take note of the latest annual report of the United Nations Office on Drugs and Crime, released in Pretoria last year.

It says: “Between 1998 and 2009 global production of opium rose almost 80% — Meanwhile, the market for cocaine has not shrunk substantially, it has simply experienced geographical shifts in supply and demand.

“Drug trafficking, the critical link between supply and demand, is fuelling a global criminal enterprise valued in the hundreds of billions of dollars that poses a growing challenge to stability and security.

“Drug traffickers and organised criminals are forming transnational networks, sourcing drugs on one continent, trafficking them across another and marketing them in a third.

“In some countries and regions the value of the illicit drug trade far exceeds the size of the legitimate economy. Given the enormous amounts of money controlled by drug traffickers, they have the capacity to corrupt officials.

“In recent years we have seen several such cases in which ministers and heads of national law enforcement agencies have been implicated in drug-related corruption.

“We are also witnessing more and more acts of violence, conflicts and terrorist activities fuelled by drug trafficking and organised crime.”

South Africa has always been an important transhipment hub for the export of cannabis — as well as contraband in natural resources such as metals, minerals, wood and ivory.

Now, it appears, the detritus of Central Europe is starting to wash up on our shores, attracted by our weak criminal justice system, our vulnerable political and bureaucratic classes — and a constitutional framework that offers ludicrously easy entry and asylum for those able to retain the best lawyers.

They are also driven by tightening regulation and enforcement back home — as the European party comes to an end with a giant fiscal hangover.

It is perhaps no coincidence that Dobrosav Gavric, the man with Beeka when he was shot, devotes a chunk of an affidavit drafted in anti-cipation of his arrest to an attack on Serbian Deputy Prime Minister Ivica Dacic.

Gavric, who fled Serbia in 2006 just before he was to be sentenced for his part in the assassination of Zeljko Raznatovic, nicknamed Arkan — a Serbian gangster and war criminal he was convicted of slaying in January 2000 — paints Dacic as a sympathiser of the slain man.

It is true that Dacic was a leading light of the Milosevic regime that embroiled Serbia in a dirty ethnic war in the 1990s.

But it is perhaps more relevant that in the past decade Dacic reinvented himself as a tough interior minister, responsible for cracking down on organised crime, notably a massive bust of the so-called Saric Gang — a notorious Montenegrin crime family.

In March last year — the same week Beeka was murdered — the M&G reported that the network around Beeka, which included Czech fugitive Radovan Krejcir, was being investigated for possible links to the Saric organisation.

Beeka’s own history is significant.

In an October 1997 report by a special presidential investigative task unit appointed to investigate alleged Mafia “banker” Vito Palazzolo, Beeka is described as being aligned to the Italian Mafia in South Africa.

The report, drafted by Andre Lincoln, stated: “Beeka, together with his staff at Pro Security, fulfil the role of soldiers for the criminal organisation, Cosa Nostra.”

In another document Beeka was described as a former apartheid military intelligence asset.

Lincoln, a former member of ANC intelligence, then found himself suspended and charged for alleged fraud; the Palazzolo investigation collapsed and he evaded repeated efforts by the Italian authorities to have him extradited.

After a 10-year battle Lincoln was acquitted and reabsorbed into the South African police.

Meanwhile, Beeka was buried with an ANC flag draped over his coffin, suggesting his own murky alliances had shifted.

In the months before his death Beeka, with Gavric, was involved in setting up a local franchise for a Kazakhstan betting chain.

Unravelling the circumstances of Beeka’s murder will go a long way towards answering the question: Is another branch of McMafia coming to our neighbourhood?