Party for a divided party 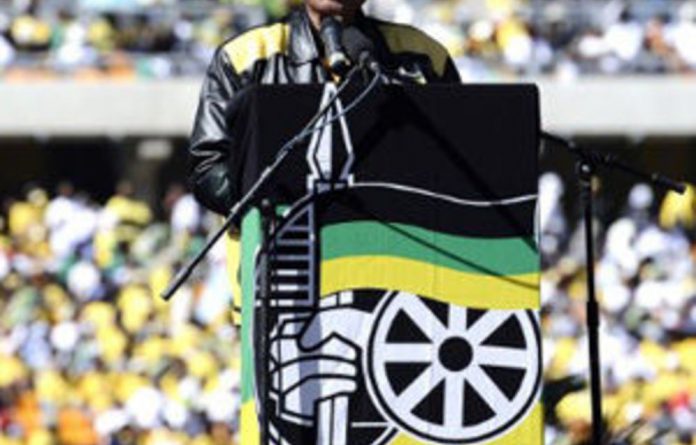 A group of South Africans, some travelling from as far as what is today known as Limpopo, gathered in a small Methodist church in Bloemfontein (today’s Mangaung), Free State, on January 8 1912 to resist colonialism, the reign of terror and violence against natives, land dispossession and to chart a future for their children’s children. According to historians, delegates began formal proceedings with one of the ANC’s soulful hymns, Lizalis’ idinga lakho Thixo Wenyaneso (God of truth fulfil your promise), composed by the suave Reverend Tiyo Soga. The gathering was later finished with Enoch Sontonga’s soul-stirring hymn Nkosi Sikel’ iAfrica, which has become our national anthem.

On Sunday, at least 100 000 South Africans and freedom-loving people from around the world will descend on Mangaung to join the ANC in retracing those footsteps. The ruling party’s history spans different epochs, from the resistance against the Land Act of 1913, the early trade-union movement and the formation of the South African Communist Party to the rise of the National Party in 1948, the Freedom Charter, the armed struggle and mass mobilisation of workers and ordinary South Africans in the 1970s and 1980s, culminating in the negotiations in the early 1990s between the ANC and the NP under FW de Klerk. But at the heart of this chequered history was the ANC’s ability to successfully sell or market a dream or a political idea about a non-racial, non-sexist, just and democratic South Africa in which the colour of a person’s skin will be irrelevant.

But over the years since the attainment of our independence in 1994, the ANC has been unable to deliver on the promises made by former president Nelson Mandela, such as basic services, decent housing, quality healthcare and education, decent jobs, the reduction of inequality, development of the rural poor, and so on. Close to 15-million South Africans survive on social grants from the ANC-led government and 90% of the black population still own less than 20% of the land. Unemployment is still on the increase and the majority of people remain excluded and disenchanted.

Many of its leaders deployed in government to counter these challenges have instead used state apparatus to enrich themselves. They contradict all the values espoused by the class of 1912. The ANC is at war with itself and faces challenges that include its failure to entrench political education and revolutionary discipline among its cadres. As the delegates gather for the pomp and ceremony, the ANC needs to do a lot of soul-searching and serious introspection as it tries for another 100 years of solid existence.

We wish the ANC members and all its leaders a happy 100th anniversary.