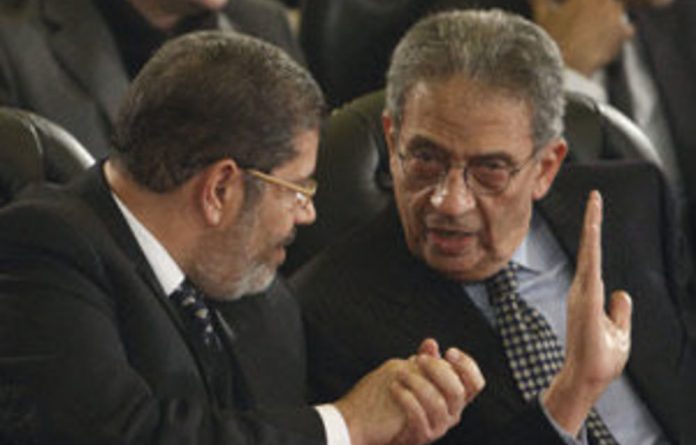 Egypt’s two main Islamist parties claimed on Saturday to have together taken 62% of the vote in the final stage of a general election, maintaining their lead in the overall contest.

The Freedom and Justice Party of the Muslim Brotherhood said on its website that it had garnered over 35% of the party list vote in the polling in the final nine governorates on Tuesday and Wednesday.

The al-Nur Party of the even more conservative Salafists said it received 27%.

The two parties chalked up 65% in the first two phases of Egypt’s first general election since the February ousting of then-president Hosni Mubarak.

Geographically divided
The elections for the lower house of parliament have divided up the country geographically.

The last stage included the unstable Sinai region, which lies along the border with Israel and the Gaza Strip and includes the country’s popular Red Sea tourist resorts.

Under the complex electoral system adopted after Mubarak’s ousting, second-round run-offs still have to be held later this month.

From January 29, two-stage elections will be held for the upper house.

Once the new parliament has been sworn in, a commission will be appointed to draft a new constitution before presidential elections are held by the end of June. — Sapa-AFP

Morsi was often kept in solitary confinement, while struggling with both diabetes and high blood pressure
Read more
Africa

Rights groups called for a probe into the detention conditions and death of the Islamist, who was ousted in 2013 after a year of divisive rule
Read more
Advertising
Continue to the category
Education