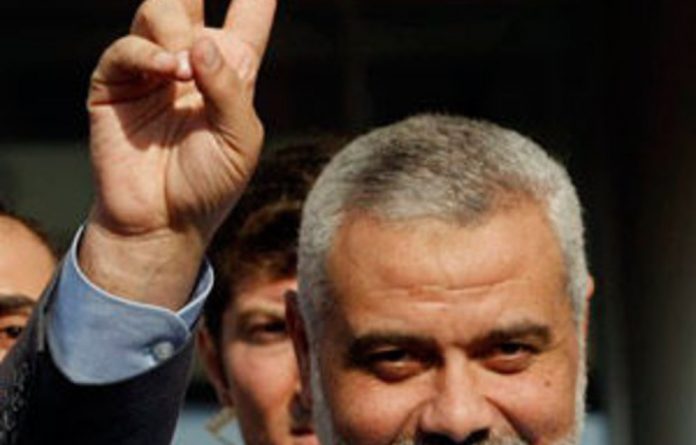 A visit by Gaza’s Hamas leader has angered the official Palestinian representatives in Tunisia who say they were ignored during the talks with the new government, a Palestinian source said on Saturday.

Ismail Haniyeh, Prime Minister in the Hamas-ruled Gaza Strip, visited Tunis on Thursday to meet with the new moderate Islamist-led administration while he was on a tour of the region.

But that did not sit well with representatives of the Palestinian Authority led by President Mahmud Abbas.

“The Palestinians are furious. Neither the government nor the foreign ministry, nor the [Islamist] Ennahda party informed them of the dates and programme of Haniyeh’s visit, as they should have,” the Palestinian source said.

Another source told the Arabic language newspaper Le Maghreb that the lack of communication could hamper reconciliation efforts going on between Hamas and Abbas’s Fatah party.

Haniyeh was welcomed with much fanfare on his arrival in Tunis, where he was met by Prime Minister Hamadi Jebali and the head of Ennahda, Rached Ghannouchi.

Purpose questioned
Some Tunisian media also questioned the purpose of Haniyeh’s visit, questioning whether it was to talk with the government or with the Islamist party.

When questioned, a government source said the Hamas leader “was invited by Tunisia and by the Ennahda Party”.

Haniyeh’s six-country tour marked his first travel abroad since Hamas, seen as terrorist group by Western powers, took power in Gaza in 2007. According to his office, it was aimed at raising funds to rebuild Gaza City, devastated by an Israeli offensive three years ago.

But the Hamas takeover of Gaza politically divided the Palestinian territories, with Abbas’s Fatah left largely ruling the West Bank and recognised internationally as the official Palestinian authority.

In April, following years of bitter rivalry, the two factions signed a reconciliation deal whose implementation has since stalled.

Last month, Abbas met Hamas chief Khaled Meshaal in Cairo and the two agreed on a process that could pave the way for the Islamist group to join a reformed Palestine Liberation Organisation (PLO) and for long-delayed Palestinian elections.

Tunis was the headquarters of the exiled PLO under Yasser Arafat before the 1993 Oslo accords with Israel granted Palestinian autonomy in the Gaza Strip and parts of the West Bank. — Sapa-AFP