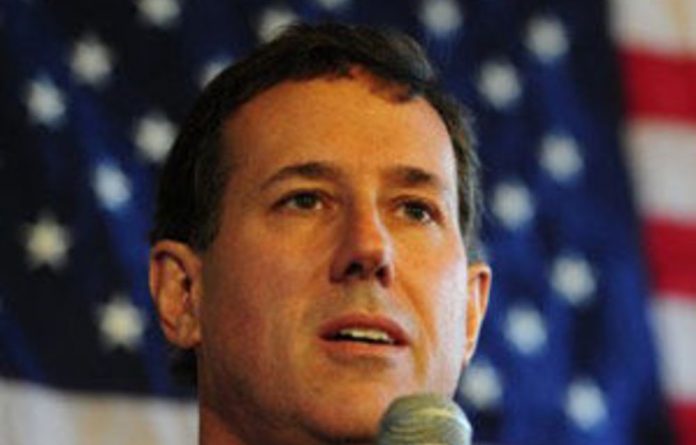 Republican Mitt Romney fended off a few attacks on his business record on Saturday and sailed through a high-stakes debate that his rivals used to jockey for position as his conservative alternative in the race for the White House.

Expected to be a punching bag, the former governor of neighbouring Massachusetts with a big lead in New Hampshire got a major break as his main rivals stopped short of going all-out negative against him and instead squabbled among themselves.

This leaves Romney in a strong position in New Hampshire, where polls show him winning the primary handily on Tuesday. That would put more pressure on his rivals to try to stop him at the next contest in South Carolina, where he also has a small lead.

Looking cool and confident with hands in his pockets, Romney repeatedly positioned himself above the fray. He stuck to lines from his campaign stump speech and trained fire on the man he wants to replace in November’s election, Democratic President Barack Obama.

“I don’t want to be critical of the people on this stage,” Romney said at the first of two back-to-back debates that represent the last chance to sway large numbers of voters before New Hampshire votes in its Republican primary on Tuesday.

A similar performance at a second debate in Concord on Sunday will help him close the deal in New Hampshire and put him in a strong position in South Carolina on January 21, where a victory could give him a virtual lock on the Republican presidential nomination.

For the most part the debate was about the battle for second place in New Hampshire and for the conservative vote in South Carolina, where Romney’s rivals hope to slow him down.

Taking centre-stage for the first time after serving as a second-tier candidate all year, Santorum displayed a wide range of policy views and stuck to his opposition to gay rights and the Supreme Court’s 1973 Roe v Wade decision that legalised abortion.

“I am for overturning Roe versus Wade. I do not believe that we have a right in this country, in the Constitution, to take a human life. I don’t think that’s — I don’t think our founders envisioned that,” Santorum said.

Libertarian congressman Ron Paul, hoping to thwart Santorum’s rise and hang on to second place in New Hampshire, tried to raise doubts about Santorum’s conservative credentials by pointing toward his predilection for securing massive amounts of government aid for his home state.

Santorum has come under scrutiny for a long history of obtaining taxpayer dollars for Pennsylvania for what critics call wasteful projects like $500 000 for a polar bear exhibit at the Pittsburgh zoo.

“To say you’re a conservative is a stretch, but you’ve convinced a lot of people,” Paul told Santorum.

Santorum seemed to take Paul’s broadside in stride. He defended his practices, saying he made sure Pennsylvania got a fair share of the money its taxpayers sent to the federal government and “I don’t apologise for that.”

Foreign entanglements
And in a discussion on Iran, Santorum sharply criticised Paul’s non-interventional view toward foreign entanglements when Paul said he liked that the US Navy had picked up some Iranian fishermen stranded in the Arabian Sea.

“This is the kind of stuff we should deal with,” said Paul. Santorum quickly retorted: “Well, Ron, if we had your foreign policy, there wouldn’t have been a fleet there to pick up the Iranian fishermen.”

Jon Huntsman, the former US ambassador to China who skipped Iowa to focus on New Hampshire, accused Romney of trying to instigate a trade war with China with frequent salvos over China’s currency policies.

Huntsman moved into second place in New Hampshire in a poll published on Saturday and needs a big performance to score a breakthrough.

Romney reminded viewers that Huntsman had served in China under Obama.

“I’m sorry, governor, you were, the last two years, implementing the policies of this administration in China. The rest of us on this stage were doing our best to get Republicans elected across the country and stop the policies of this president from being put forward,” Romney said.

At the beginning, the debate looked like it could turn out as advertised, a free-for-all against Romney in hopes to slowing him down.

Massive attack
As Romney’s leadership of the private equity firm Bain Capital comes under scrutiny, Santorum said just because Romney has business experience does not mean he is qualified to serve as the American president.

Former speaker of the US House of Representatives Newt Gingrich, bitter about losing his front-runner status after he was subjected to massive attack ads by Romney and his supporters before Iowa, questioned Romney’s leadership at Bain Capital.

Romney points to his business experience as a selling point during troubled economic times, but his opponents see his leadership of Bain Capital as a negative. The company bought troubled companies and restructured them, sometimes resulting in layoffs and facility closures.

“The governor has every right to defend that,” Gingrich said. “But I think it’s a legitimate part of the debate to say OK on balance are people better off by this particular style of investment?”

Romney said in the world of private-sector business, sometimes investments work, and sometimes they do not. — Reuters

Rarely have the stakes for the US and the world been as high as they are on the eve of the 2020 presidential election. If Republicans still stand for anything at all, they must come out in opposition to Donald Trump, a man who openly disparages all the values they once held dear.
Read more
Africa

For a country that is guided by ubuntu, South Africa has a record of embarrassing international blunders
Read more
Advertising