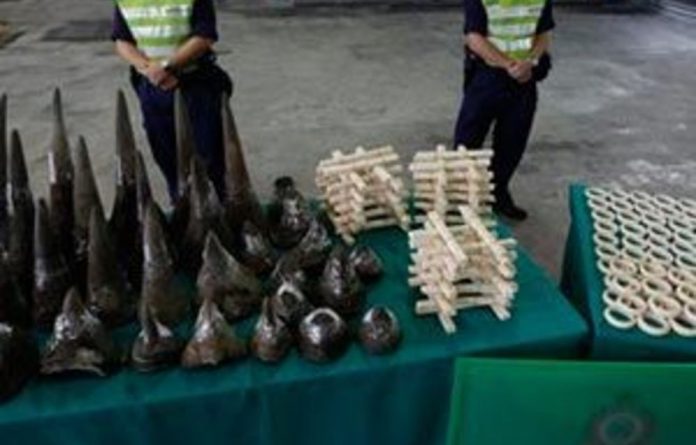 Game rangers have shot and killed two suspected poachers in the Kruger National Park, an official said on Thursday.

The rangers were conducting an anti-poaching operation on Wednesday night after eight dehorned rhino carcasses were found on Tuesday.

“Field rangers came in contact with a group of suspected poachers. SANParks reported that a shoot-out ensued between the rangers and poachers,” said Thakhuli.

He said a .375 rifle and other hunting equipment was discovered.

An aerial search was conducted on Thursday morning to determine if any more rhinos had been killed.

“SANParks regrets the death of the suspected poachers but would like to request the public to assist the police and SANParks with any information which may lead to the arrest of more would-be poachers,” he said.