A song in her heart 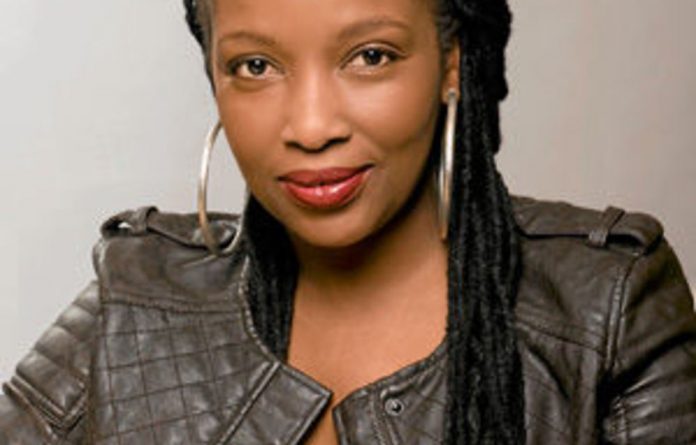 I have to have music with me wherever I am. My car has an iPod dock and I take the speakers with me when I travel. I listen to music all the time, every­where.

Right now I am playing Frank Ocean’s new mixtape Nostalgia, Ultra. He is different. He is not R&B. He is not about taking off
his top to show you his six-pack as he is surrounded by girls. I was also recently introduced to Boog Brown — ­alternative hip-hop. She does not sing about how pretty she is. She raps about being a woman, about her struggles — I am loving Mi Casa’s Heavenly Sent. I like the idea of a white Afrikaner guy and a black guy getting together and making beautiful house music. I am a fan of Big Nuz. And Professor. I lo-o-ove Professor, especially Ijimaphi le weight.

I do not really watch television except for music videos and cooking shows. I watch a lot of cooking shows. My favourite is Giada De Laurentiis’s Everyday Italian. She makes the simplest dishes — and she makes it seem like anyone can cook. She is not intimidating, which is important because I am still a newbie; I have only been cooking for about four years. I watch her and think: “Ooh, I could try that.” Her fusilli pasta with cherry tomato, basil and mozzarella has been a big hit. Nigel Slater also makes really interesting, homely, warm food. And I do not usually like American chefs but I like Ina Garten, the Barefoot Contessa. You can tell she eats her food.

I borrow food ideas from friends, from restaurants. I like things that are quick to prepare. I am busy and I do not want to spend my entire life in front of a stove. When I have a braai I make a snack platter with crackers and camembert, some basil, Parma ham and tomatoes. It is good while people are waiting for their food. My latest experiment is a chouriço pasta served with penne — chouriço in a tomato-based sauce with a touch of cream and basil. I love basil. I would have it with cake if I could.

Last year there were two books that changed the way I see life. The first was rapper Jay-Z’s Decoded. It is about coming from the ghetto — and whether it is Lusaka or New York, the ghetto is the ghetto. He speaks a language that someone who is from ekasi can understand.

He said that sometimes success comes to you later in life, sometimes it comes early. But when it comes later you appreciate it more.

Then — and I know this is cheesy, cheesy, cheesy — there was Eckhart Tolle’s A New Earth. Most people deal with ego in some way; you can play the victim, or be always right. He helped me to see some things about myself. And to get over myself.

I have just finished reading Toni Morrison’s Song of Solomon. It has been on my bookshelf forever. I do not know why I had not read it before — it is an important book, about black people in the United States losing their ancestry.

I do a lot of travelling overseas and I have realised that I do not travel enough in Southern Africa. I am planning on going to Mozambique — I have no understanding of why I have never been before — and I would love to go to Durban to check out the scene. I feel like it has finally stopped playing stepsister to Cape Town and Jo’burg.

Lerato Tshabalala is the new editor of True Love magazine and the host of the Beat 180 show on Rhythm100 radio — radiorhythm100radio.co.za.

What's happening in the world? Get your pop culture fix with #CulturePop.
Read more
National

Comments on SA's murder rate and the quality of life of white South Africans have been grossly exaggerated. Nechama Brodie tells us why.
Read more
Friday

There are no cheap frills on Nic Haralambous's eye-catching men's socks.
Read more
Advertising
Continue to the category
National