Past sins revisited and corrected 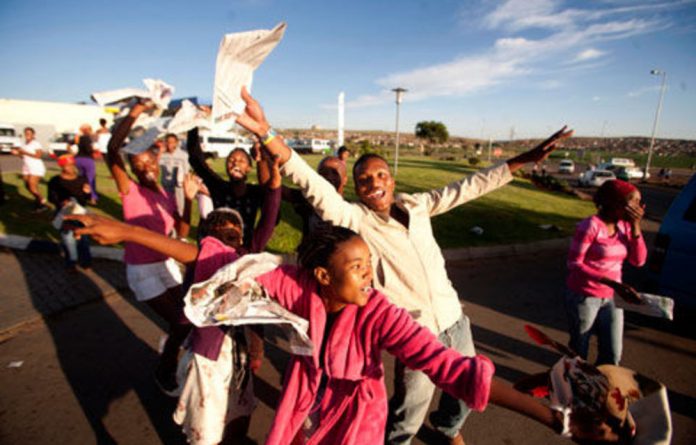 The assumption underlying the demand in South Africa that a university’s selection of applicants from privileged schools should be blind to race is that there is no longer any educational ­disadvantage for black students in such schools.

But the reality is different, as I pointed out last week in the first of this two-part article. The matric marks at the University of Cape Town’s top 30 feeder schools nationally, almost all of which are private or former model-C, show that black students perform an average of seven percentage points lower than white students.

So the question I posed at the end of last week’s article is the one we have to confront: Why is there a difference in the performance by race even among students from the same privileged schools and middle-class socioeconomic status?

Three distinct types of explanations are prominent in the international literature that has considered this question. First, the performance of students is affected by the educational experience of their parents. The South African education system gives advantage to those with a good command of English. It favours those whose parents completed school — with maths and science as added advantages — and especially higher education, because it enables them to provide learning support to their children. For example, a mother who was subjected to the system of Bantu education might place a heightened emphasis on the value of education because of her deprived background, but may not always know how to assist, motivate and inspire a child to achieve an A aggregate.

Attitude change
The attitudes of parents to their children’s scholastic performance may differ, based on the parents’ personal schooling experience — with far-reaching consequences. The parent who had advantaged schooling is generally more experienced and competent to assess whether a child is underperforming, might set clear expectations about achieving a few ­distinctions and intervene when difficulties occur. There is ample evidence that the unfairness of inferior education is perpetuated among the next generation.

The second type of explanation concerns “cultural capital”. The South African school system, like all educational systems, favours those who share the cultural capital of that system. The particular cultural knowledge, values and histories, and even the particular valorisation of some ways of knowing over others (for example, science and empiricism over religious, mythological or traditional authorities) and ways of acquiring knowledge (for example, individual achievement and competitiveness over shared knowledge and collective achievement) may all advantage those students whose cultural capital is aligned with that of the school system.

The South African school system favours children who have been brought up with an intimate familiarity with Western culture, inculcated early through books, stories, theatre, film, family activities, museums, international travel and much more. This is not to value Western culture above others. It simply recognises the reality that in South Africa, and throughout much of the world, this culture dominates education systems and places at a disadvantage students with different cultural capital often linked to class, language, ethnicity and geography.

In terms of these two explanations, it should be clear that students’ performance is not a racial attribute. Moreover, there are some black parents who escaped the strictures of Bantu education and others who transcended them. And being white did not guarantee children parents who were committed to, or able to afford, enriching their children’s education.

In the aggregate, however, apartheid differentially distributed the opportunities for people who were classified white and those ­classified black. The education and everyday life of the parents of today’s black matriculants were extremely restricted and constricting. They had fewer opportunities to access and practise the kind of cultural capital valued in school and this is largely responsible for the performance ­patterns that we see in schools.

The persistance of racism
The third type of explanation for the race differential in educational performance relates to the persistence of racism and racial stereotypes in the experience of this generation of schoolchildren.

There is extensive research worldwide in social psychology demonstrating that where racial or gender stereotypes are perceived to be operative, their effect is to trigger underperformance.

For example, female students writing a maths exam are likely to underperform if they are worried about conforming to a popular stereotype that women are less competent than men at maths. The daily experience of black students at high-quality, racially integrated schools, and also outside the schools, does not protect them from these stereotypes and their effects and may even exacerbate them.

It is hardly surprising, then, that this first generation of black students at top schools performs as a group less well than white students. It does not reflect different talent and generally not different ­motivation, but rather the legacy of different parental education, differences in cultural capital and the effects of racial stereotypes, which are all direct consequences of our apartheid past.
Levelling the proverbial ­playing fields through the admission ­criteria is thus extremely difficult, because how do you measure the aggregate effect of all these subtle ­deprivations? Race, in fact, is a good proxy, for the logical reason that the ­previous population group classification of the parents explains almost all the contributing factors.

Recognising obstacles overcome
In most cases, the use of race to give additional points to black middle-class students from private schools compensates for ongoing educational disadvantage, in the absence of which many of these students would have performed better. It effectively recognises potential and obstacles overcome and therefore is not unfair to their white classmates. The proportion of black applicants not affected by that historical, trans-generational disadvantage is so small that few black applicants are gaining an undeserved advantage.

Ideally, we should have a ­measure of disadvantage that assesses not only socioeconomic disadvantage but also the many intermediate determinants of school performance. This is complex. At the University of Cape Town we are researching such measures and we hope that, in time, they will replace the category of “race”. The effort is necessary because of our commitment to non-racialism. Such a measure will also favour those white applicants whose backgrounds have adversely affected their school performance.

Is this a problem peculiar to UCT? To some extent it is, because the competition for admission to the university is so fierce that the number of points required to get into many programmes falls between the black and white distributions of marks at our top feeder schools. Allowing in only those above the cut-off would mean admitting mainly white students, even though almost all the black students from those schools could easily complete their degrees and do well.

They are well educated and well prepared. More than 80% of students admitted to medicine on an affirmative-action basis complete their degrees. But the competition is such that they would not get in at UCT in significant numbers … the class graduating in 2014, 20 years after democracy, would be about 12% black African.

Other universities are less competitive, except in medicine (for which they, too, continue to use race-based selection), and the cut-off at those institutions would generally capture all the eligible applicants from our top 30 schools, black and white, thus rendering unnecessary any specific affirmative action for this group.

Finally, one cannot dispute that policies using race will reduce the number of white students gaining entry. But we must not forget the context in which white students still gain access to higher education today and, at UCT, still constitute 45% of the student body. Any reduction in opportunities for white students as a result of affirmative action is not nearly as great as it would be if the township and rural school system had already been corrected and there were a half-million more qualified black applicants competing for the same number of university places. We need to recognise where the primary unfairness lies.

Dr Max Price is the vice-chancellor of the University of Cape Town. The first part of this article, published last week, is online at mg.co.za/uctadmissions. In slightly different form, both parts first appeared as one article in UCT’s Alumni News.