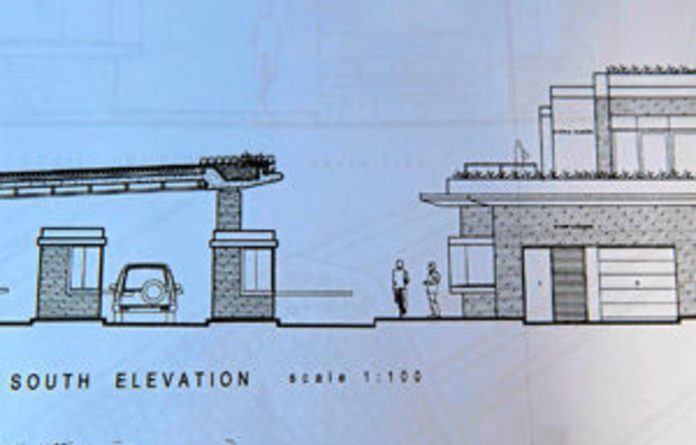 Moves are afoot by Hout Bay residents to obtain an urgent court interdict to prevent the construction of a two-storey office block, part of the Hout Bay toll plaza, on land belonging to the Table Mountain National Park and on the scenic Chapman’s Peak drive.

As trucks rolled up the mountain to the building site to begin construction this week, tempers flared over the plans for the office being built for the use by Entilini Concession, the private company operating the toll road in partnership with the provincial government.

The Mail & Guardian has seen a copy of a new renegotiated contract between the two parties that has removed the right of Entilini to close “Chappies” at will, as it did in previous years, and to receive generous compensation while doing so.

It also anticipated the possibility of a court interdict in the next phase of the project.

“In the event of the granting of a court interdict, whether provisional or final, which interrupts the construction of the Hout Bay toll plaza after the commencement of construction, save where the facts of circumstances giving rise to the interdict and/or the interruption of construction results from a breach by the concessionaire of its obligations under the concession agreement, then such event shall constitute a compensation event,” reads the contract.

However, the revised contract ensures that any compensation for loss of revenue paid to Entilini in the event of a court interdict will be paid back over time from profits to the provincial government.

The provincial minister for transport and public works, Robin Carlisle, said that the new contract had been “brilliantly negotiated” by his department’s legal team. “Here we had inherited a fixed, valid contract and yet they managed to get so much changed. In the old contract, the concessionaire not only had the power to close the pass at will, he was also liberally paid by the province even while the pass was closed. This has now been removed,” he said.

“But [although] you can have public participation until you are blue in the face, it is the experience of this department that, once you commence, people do come forward with all sorts of complaints.”

SANParks CEO Unapologetic
At present, the most contested complaint is the use of park land for the plaza. But the chief executive officer of the South African National Parks (SANParks), David Mabunda, is unapologetic about giving permission to build an office block on park land, which has glorious sweeping views of the Atlantic Ocean and is widely considered one of the best picnic spots in the country.

“The toll gate project was a subject of a legitimate environmental impact assessment process in which interested and affected parties, including SANParks, were afforded an opportunity to participate and state their side of the story for or against the development.

After careful consideration of all submissions, the national department of water and environmental affairs issued a record of decision giving the development a nod to proceed,” he said.

“SANParks’s actions in this matter should be seen and understood in this context.”

Mabunda said SANParks did not intend to become an “activist” organisation that is “blindly opposed” to development that seeks to benefit the people of the Western Cape and elsewhere in the country.

“It is a considered view of the SAN­Parks board that this toll-gate development, as per the approved record of decision, does not threaten the ecological integrity of Table Moun­tain National Park,” he said.

Asked whether he had followed all the processes, Mabunda said he had not erred in his decision.

“Yes, SANParks acted within its legal mandate and rights in line with the prescripts of the National Environment Management Act: Protected Areas Act 57 of 2003 [as amended] and international best practice,” he said.

Mabunda later sent the M&G photographs of the cordoned off building site. “This is already a disturbed site due to road-cutting activities during the construction of the road previously and I see no biodiversity of value next to the road,” he said.

“I think it was a good decision by the Western Cape government to improve the road in order to reduce accidents and deaths and that to me is acting in the interests of the public. There is no way the construction on this site could impact negatively on the biodiversity of the park.”

But not everybody agrees with Mabunda’s view.

Len Swimmer, chairperson of the Hout Bay Residents’ Association, is preparing to take legal action to try to preserve the mountain and met the M&G at the site on Chapman’s Peak this week. Observing the building activity, which is already in progress, he took a copy of the office plans from the boot of his car.

Swimmer did not understand why the building had to be a double storey and include a lavish boardroom, many offices and French doors opening on to a balcony.

“Nobody is allowed to build in a national park. What is the benefit to the public?” he said.

“We also don’t need four lanes for the toll. The existing toll booths are just fine and should be left as they are.”

Entilini director Robert Pomario has an explanation for the need for a boardroom. “We want to train local people and we will have ongoing training in the boardroom,” he said. “I don’t know why the press is calling it a party room. But you must get any comment from the province.”

The provincial government would have to fight any legal action taken by local residents, he said. “I have heard there is concern out there. But we are just fulfilling our contract.”

Meanwhile, the residents’ association has sought legal opinion and has been informed that construction of the development as planned will contravene the environmental management Act.

“This is so because a substantial portion of the development will be constructed on land that is situated within Table Mountain National Park,” wrote its attorney Gregory Daniels of Cullinan and Associates in a letter to Mabunda and other interested parties.

In another letter dated November last year, Daniels wrote that his firm had received no response to a request for an undertaking from the provincial government that construction would not be started and that the building plans would be revised “so as to bring the proposed development into compliance with the law”.

Hout Bay residents angry with MEC
Some Hout Bay residents are upset with Carlisle, a Democratic Alliance member who inherited the Chapman’s Peak problem from the ANC when he became MEC and who signed the revised contract, which took more than a year to renegotiate.

Carlisle said the province would recover all present and future costs over time and the two-storey building would not be seen from Hout Bay harbour.

The cost of the building and the toll booths would be about R13-million, although this and other costs, including roadways, landscaping, electronic equipment and lighting, would total R54-million, he said.

“The attractive and environmentally appropriate new toll plaza will be built into the unsightly quarry on the mountain,” said Carlisle.

“Construction is not happening at the expense of pristine fynbos, or any other protected fauna.”

About 75% of the office plaza would be built on provincial land and only a small piece of park land, which he claimed was mostly quarry, would be used, said Carlisle.

There are also concerns that the free day passes given to those going to some picnic areas along Chapman’s Peak will be scrapped. But Carlisle said they would be continued for the next year and the scrapping of free passes could only be done with his concurrence.

“Informal negotiations have started with the toll company to find a solution in the best interests of all stakeholders, and particularly the people of Cape Town, to whom the mountains belong,” he said.

After the task team gave her its findings, Brown revealed that an astounding R57.903-million was paid out over a five-year period in compensation to Entilini while the road was closed.

A copy of the report seen by the Mail & Guardian outlines how the task team discovered there had been a “misclassification” of the compensation payable to Entilini in some cases.

Furthermore, there were also strong grounds for the province to believe that Entilini was not entitled to compensation in some cases, especially when the decision to close the drive was made
by Entilini.

“While past payment up to end January 2009 may well constitute tacit acceptance of the misclassification and liability for the payments made to Entilini, the province should minimise costs arising from the closure of Chapman’s Peak drive by Entilini,” the report states.

At the time the report was written in April 2009, “Chappies” had been closed since June 2008, causing a public outcry.

Among the reasons given for its closure were landslides, rockfalls, damage to the roads and delays in obtaining environmental approval for toll gates.

According to the new contract, the two parties will determine closures jointly and the compensation system paid to Entilini was overhauled. Also the province can now insist on keeping the road open if it is convinced that the risks do not pose a danger to road users.