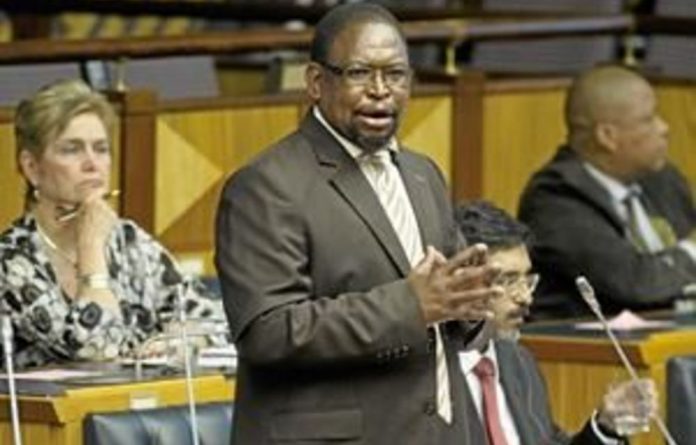 Deputy Minister of Economic Development Enoch Godongwana has resigned from his position in order to pursue personal interests, the presidency said on Sunday.

Spokesperson Mac Maharaj said Godongwana’s last day in the position would be on Monday January 16.

“The President has accepted the resignation and thanked the deputy minister for his dedicated service and duty to his portfolio and to the National Executive in general”, he said in a statement.

Godongwana is a member of the ANC’s Economic Transformation Committee. Godongwana is widely regarded in economics, with a Master of Science degree in financial economics from the University of London.

He is also a former deputy minister of public enterprises and continues to be a member of the ruling party’s Economic Transformation Committee.

Involvement in missing millions
Late in 2011, the Mail & Guardian wrote of subpoenaed bank records used in the clothing workers’ R100-million pension fund inquiry, in which money was “mysteriously loaned to Canyon Springs Investments 12″. The company is “50% owned by Godongwana and his wife, Thandiwe.”

President Jacob Zuma said Godongwana’s work experience and expertise would not be entirely lost to the public but would be used elsewhere in pursuing the goal of meaningful economic transformation. –Additional reporting by Sapa

The lawyer, whose sense of justice stayed with him till his death, was an unassuming but essential part of South Africa’s ongoing struggle for equality – and he never forgot his roots.
Read more
National

Thank you for buying our newspaper. Siyabonga, re a leboga, enkosi, dankie. You are why our newsroom can keep doing good journalism
Read more
Business

The party released its plan for the reconstruction of the country’s post-coronavirus economy on Friday. This would involve changes to Regulation 28 of the Pension Funds Act
Read more
National

In a poll by the Reuters Institute for the Study of Journalism, based at Oxford University, the Mail & Guardian emerged as the most trusted weekly publication in South Africa
Read more
Opinion