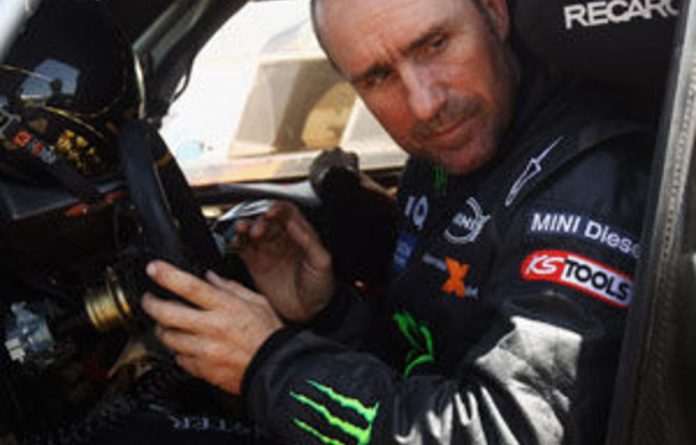 The Mini driver was previously a three-time car winner and six-time motorcycle champion of the gruelling rally that has been raced in South America in 2009.

Peterhansel, who went into the final stage with a 43-minute lead over closest rival Nani Roma of Spain, finished 10th on the 29km special, 3:12 off Gordon’s pace.

He covered the 8 400km-long rally, of which more than half were timed specials, between Mar Del Plata in Argentina and Lima in 38 hours, 54 minutes and 46 seconds, with Spanish teammate Roma at 41:56, and South African Toyota driver Ginel de Villiers at 1.13:25.

The motorbike category was won by French Cyril Despres, who came through the stage unscathed to finish ahead of Marc Coma, whose wrong turn on Saturday’s stage handed his rival a clear run to the title.

‘Toughest Dakar’
It was a fourth title for Despres, riding a KTM, after the stage won by Dutch Pal Ullevalseter.

Despres clocked 43 hours, 28 minutes and 11 seconds in the overall timings, 53:20 ahead of Coma, with Yamaha rider Helder Rodrigues of Portugal in third at 1.11:17.

“When you think of how hard it is to win a Dakar, it’s incredible that I’ve been able to win 10 of them,” said Peterhansel.

“It’s been a long time, I’ve been waiting for five years to win again. To take the victory in South America is a huge relief, it ranks among my best triumphs.”

He added, “Moreover, the race was very close during the first week and there was always a lot of pressure.”

Despres said, “Today we won and it’s simply fantastic. This is without a shadow of a doubt the toughest Dakar I’ve ever raced in. It was difficult physically, but even more psychologically. Challenging yourself every morning and fighting on the course takes its toll on your mind. It’s not like a 42-kilometre marathon; here, you have to earn your place every morning.” –Sapa-AFP