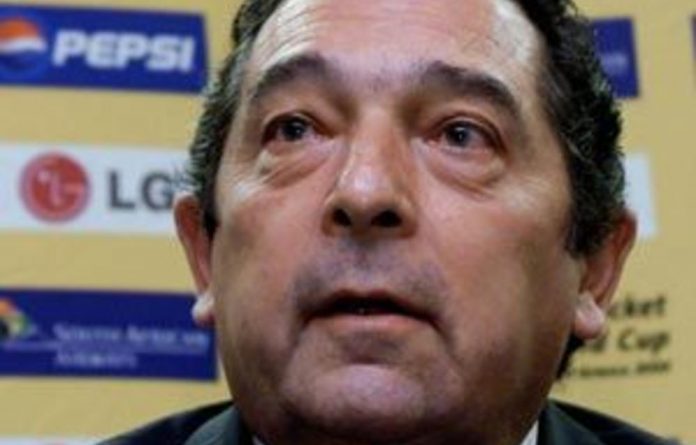 Dr Ali Bacher will today explain a R5-million bonus that Cricket SA boss Gerald Majola cites as a precedent for his own controversial handling of apparently unauthorised bonuses.

Judge Chris Nicholson suspended official proceedings in his ministerial inquiry into the finances of Cricket South Africa (CSA) on December 7, saying more witnesses would be called — including Bacher, whom CSA chief executive Gerald Majola said had set the precedent for how bonuses were handled when he headed the United Cricket Board of South Africa, as the sports body was then called.

The inquiry is also expected to hear further evidence from other witnesses and review additional written submissions.

Sports and Recreation minister Fikile Mbalula appointed Nicholson to lead the investigation into CSA’s financial and management affairs, relating to its hosting of the 2009 Indian Premier League in South Africa.

It is alleged the sports body’s chief executive, Gerald Majola, and several other members of the board received unauthorised bonuses after the tournament, leading to a political melee within the sports body.

Five thousand pages
On December 7, Nicholson assured reporters in Pretoria that “the recess will not be spent on frivolity”. He and his team would use the break to analyse witness testimony and other evidence that amounted to “documentation in excess of 5 000 pages”.

“We hope to have the report finalised by the end of February … We will focus on not only getting to the bottom of the allegations surrounding bonuses but also ascertain how well CSA is managed,” Nicholson said at the time.

Besides Bacher, CSA finance committee chair John Bester is scheduled to appear in the morning, and Norman Arendse, a former CSA president, will give his verbal submission on Tuesday.

Majola, defending the bonuses in his testimony, said he was merely following a “precedent” which had started several years earlier when South Africa hosted the Cricket World Cup in 2003 and cricket’s then-head honcho, Bacher, was awarded a R5-million bonus that was not disclosed to the body’s remuneration committee.

This, according to Majola, was on top of a portion of the R9-million bonus that was divided among the sports body’s directors.

Not so fast
Speaking to the Times newspaper, however, Bacher denied received the greater part of the R9-million bonus received after the 2003 World Cup, and said that the R5-million he did receive was in recognition of two decades of service to cricket.

“The bonus was not really related to the success of the tournament,” Bacher was quoted as saying in the Times on December 7.

Bacher would not comment on faction fighting, however, or how much he earned in total while at the sports body.

He did however tell the Mail & Guardian that he would be more than willing to give testimony at the commission should he be called to do so.

Recommendations not binding
Although remaining tight-lipped on the nature of their findings so far, Nicholson and other inquiry committee members have been candid about the scope of the inquiry in terms of sanctioning CSA.

“Only a court of law can make findings and we are hampered by not being able to cross-examine witnesses. We can only analyse the available evidence we deem to be factual and make a submission to the minister — but he is not obliged to follow them,” Nicholson said.

The loss of affiliation with national sporting body South African Sports Confederation and Olympic Committee, loss of funding as well as the loss of the power to represent the sport nationally and abroad are among the possible penalties awaiting CSA — as prescribed by the Sports and Recreation Act — should they be found to have transgressed their mandate or acted unlawfully.

“The biggest stick we wield is the power of deregistration of a body which will result in no money and effectively no power to represent the sport,” said sports and recreation director-general and inquiry committee member Alec Moemi at the time. “Nonetheless we would hope the power of public pressure to do the right thing will be enough to ensure the correct action is taken.”