Ali Bacher’s CSA cameo: For the love of the game? 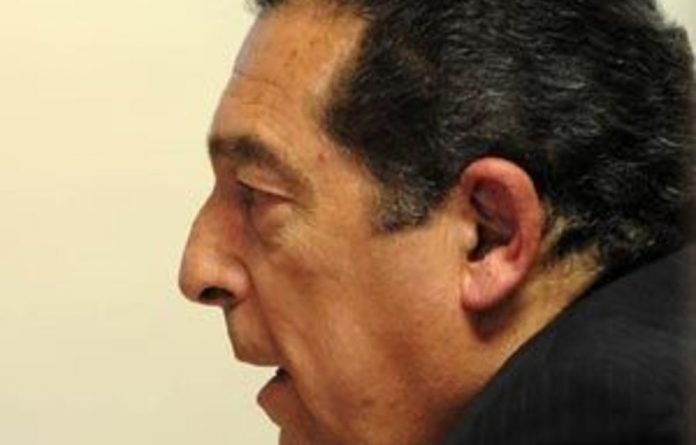 Ali Bacher’s appearance in Pretoria on Monday at Judge Chris Nicholson’s investigation into the state of Cricket South Africa (CSA) elicited a burning question: Was the former boss of South African cricket there for the good of the game, or merely to ensure his name was not tarnished further?

As the committee’s various sittings appear to increasingly suggest, there are various boys’ clubs working within the sport and usually for their own interests, rather than that of the sport.

Something picked up on by committee member Freeman Nomvalo, South Africa’s accountant general, who asked Bacher why he had not volunteered to give evidence to the committee prior to its invitation to him at the end of last year — this, after other evidence before the committee suggested that Bacher’s would be vital.

Bacher batted that one straight, saying the committee had been dealing with “issues pertaining to very recent events that I am not familiar with”. He further suggested that he had made “a promise to myself” to stay out of cricket following his 2003 retirement — hence his reticence to get involved.

Bacher had only taken up the committee’s invitation following allegations made against him by current CSA chief executive, Gerald Majola, in his own submissions to the Nicholson committee.

Majola is facing allegations that he had contravened various sections of the Companies Act in his dealings as cricket chief.

Majola, in defending having allegedly received bonus payments amounting to around R4.7-million for South Africa’s 2009 hosting of the Indian Premier League (IPL), and allegedly not declaring that to his board, had said that he had merely been following a “precedent” set by Bacher, who ran the 2003 Cricket World Cup hosted here.

According to Majola, a total of R9-million in bonuses had allegedly been paid to Bacher (who apparently received R5-million as head of Cricket World Cup organising committee) and various other CSA officials who had been involved in the organisation of the tournament. This bonus schedule, according to Majola, had been used as a template for those involved in the hosting of the IPL.

Bacher, armed with letters of defence from “prominent South Africans” including Jakes Gerwel, the former director general in Nelson Mandela’s office and chairperson of the Cricket World Cup organising committee board, was having none of this.

His response was simple and backed up with these letters: That following discussions between the boards of CSA and the World Cup organising committee, he was given a R5-million lump sum for both the successful hosting of the tournament and as a pension fund, which he appeared to have failed to set up.

Gerwel’s letter in defence of Bacher noted that there was “nothing surreptitious or underhand” about these payments and that the “matter was duly and properly discussed” by the relevant committees before the recommendations on payment were made.

The total bonus amount, including Bacher’s pension, for CSA staff involved in the World Cup was R6.5-million, asserted Bacher, and not R9-million as suggested by Majola. This amount had been decided upon by the board and — unlike Majola — not by himself, asserted Bacher.

Bacher also challenged Majola’s claim that CSA were paying his medical aid benefits “until he dies”.

“At no stage since my retirement has the UCB or CSA made any contribution to my medical aid,” said Bacher, waving monthly medical aid statements in the air.

Bacher said at no stage was he involved in discussions for a bonus after the tournament in South Africa with either the United Cricket Board of South Africa (UCBSA), CSA’s predecessor, or the Cricket World Cup (CWC) company, the organisation created and charged with organising and running the tournament.

Majola is alleged to have negotiated with the IPL directly, contravening sections of the Companies Act, on his bonus before allegedly keeping mum about it to the CSA board, thereby racking up further payments from the cricket body later.

Bacher also told the committee that his monthly salary at CWC was R59 161 — the most Bacher said he had ever received as a cricket administrator.

Bacher said in the latter half of 2000 he was offered a percentage of the profits made from the coming tournament, after discussions at board level at the UCBSA. Bacher declined the offer, stating the board would decide on an appropriate bonus at the end of every year, as his contract stated.

When asked by Nicholson about comments Majola made in a book, The Story of an African Game, suggesting that Bacher had left the UCBSA in a chaotic state, the former CEO declined to comment.

He was also quizzed on his opinion concerning defects within the board structure of South African cricket.

He, however, suggested that a strong board would stop a CEO (who was influential in controlling the purse strings and the allocation of cricket internationals) from getting too powerful.

Bacher, a former South African Test cricket captain and administrator who was reviled by black sportsmen, administrators and the anti-apartheid movement because of his attempts to break the sports moratorium on apartheid South Africa through the organisation of “rebel tours” to the country in the 80s, has been known to be a smooth operator.

He can be disarmingly charming, but wily too. The array of political skills that saw him evolve from being the face of apartheid cricket in the 80s to being a sporting rainbow nationalist — of sorts — in the 90s, was clearly on display at Loftus Versveld on Monday: from respectful to stoical, he appeared very much in control of his testimony.

On being questioned about his role in organising the rebel tours — a matter raised by CSA in a recent letter to the committee — Bacher admitted “being part of it. I’ve gone public about it, I was involved,” without suggesting any regret.

Rather, he masterfully wondered aloud — as if personally slighted — that in “the year 2012 to still be talking about rebel tours doesn’t make any sense” when people like former president Nelson Mandela and previously expressed “forgiveness” and “reconciliation” on the issue.

Whatever Bacher’s motives, it is increasingly clear that the committee’s sitting has exposed an increasing divide between the old and new regimes in South African cricket: Following public remarks in December last year made by Bacher in response to Majola’s various accusations — and similar to those Bacher made to the Nicholson hearing on Monday — CSA sent its own response to the committee in a letter drafted by its lawyer, Yusuf Dockrat.

In it, CSA contradicted the testimony of the likes of Bacher and the information contained in Gerwel’s letter maintaining that Bacher’s R5-million pay-day was “a substantial bonus” and that “CSA does not bump up staff members’ retirement funds. It would set a bad precedent to do so and no company embarks on such a policy.”

It also maintained that “there is absolutely no way that the UCB under the leadership of the likes of Krish Mackerdhuj and Percy Sonn [both deceased ex-presidents] would have agreed to pay any financial emolument to Dr Bacher for the work he did in the 1980s in being the architect and prime organisers of the rebel tour.”

The hearings continue on Tuesday with another former CSA president, Norman Arendse, likely to give evidence. — additional reporting Sapa