‘You go back on board! That is an order!’ 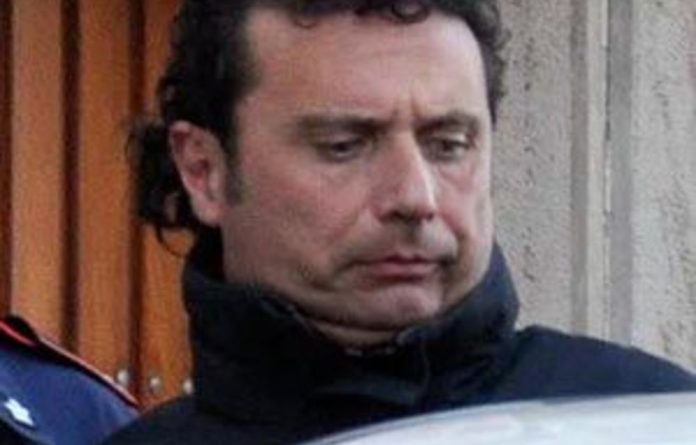 The detained captain of a stricken cruise ship which sank off the Italian coast with the loss of at least 11 lives, on Tuesday denied allegations that he had abandoned ship.

“The captain defended his role on the direction of the ship after the collision, which in the captain’s opinion saved hundreds if not thousands of lives,” Francesco Schettino’s lawyer Bruno Leporatti said. “The captain specified that he did not abandon ship.”

A recording has revealed that Schettino — who is reported to have sailed so close to the shore to please a local crew member — ignored a port official’s order to return on deck after abandoning the stricken ship.

Leporatti said Schettino had not been able to get back onto the ship.

“The ship in that moment was tilted over by 90 degrees. You try and get back onto a boat that is at a 90 degrees angle without a helicopter,” he said.

Pleading in vain
The Italian coast guard pleaded in vain for Schettino to return on board to oversee the evacuation but he refused, according to what a leading Italian newspaper said was a recording of the conversation.

Captain Francesco Schettino is in jail, accused of multiple manslaughter, causing a shipwreck and abandoning ship.

The audio recording, on Corriere della Sera‘s website, reflected the chaos and confusion in the minutes after the Costa Concordia hit a rock off the Tuscany coast on Friday night and keeled over. Six people were killed and 29 are still missing.

A coast guard official on Giglio, the island where the ship hit a rock, said he could not confirm the authenticity of the tape and said the coast guard did not give it to the newspaper. There was no comment available from the captain’s lawyer.

The recording says in part:
Coast guard (to captain who has already left the ship): “There are people who are coming down the ladder on the bow. Go back in the opposite direction, get back on the ship, and tell me how many people there are and what they have on board. Tell me if there are children, women and what type of help they need. And you tell me the number of each of these categories. Is that clear?! Listen Schettino, perhaps you have saved yourself from the sea but I will make you look very bad. I will make you pay for this. Dammit, go back on board!”
(Noise can be heard in the background where other coast cuard officers are shouting to each other in the same room about “the ship, the ship”)
Captain: “Please ….”
Coast guard: “There is no please about it. Go back on board. Assure me you are going back on board!”
Captain: “I am on a life boat of rescue, I am under here. I am not going anywhere. I am here.”
Coast guard: “What are you doing captain?”
Captain: “I am here to coordinate the rescue …”
Coast guard: “What are you coordinating there! Go on board! Coordinate the rescue from on board! Are you refusing?”
Captain: “No, I am not refusing.”
Coast guard: “Are you refusing to go on board, captain? Tell me the reason why you are not going back on board.”
Captain: “[inaudible] … there is a another life boat … “
Coast guard (screaming): “You go back on board! That is an order! There is nothing else for you to consider. You have sounded the ‘abandon ship’. Now I am giving the orders. Go back on board. Is that clear? Don’t you hear me?”
Captain: “I am going on board.”
Coast guard: “Go! Call me immediately when you are on board. My rescue people are in front of the bow.” — Reuters, AFP