DA to challenge Manyi’s appointment to media board 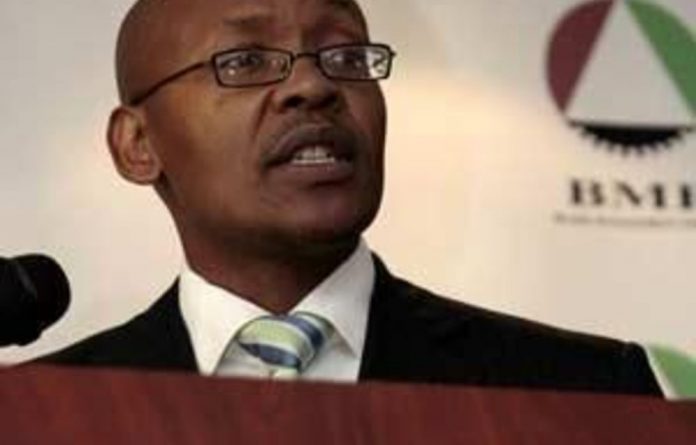 The Democratic Alliance (DA) will initiate a probe into the fitness of government spokesperson Jimmy Manyi to be a member of the Media Development and Diversity Agency (MDDA) board.

The party on Wednesday responded to the presidency’s assertion that it was the president’s prerogative to appoint Manyi to the board.

“You would have thought that the president would have learned something from the Menzi Simelane saga,” DA spokesperson Natasha Michaels said.

The court found Zuma’s decision was inconsistent with the Constitution if read with the National Prosecuting Authority Act.

Michaels agreed that Zuma had powers to make direct appointments to the MDDA board.

“But his decision must still be made within the parameters of the law. Like his decision to appoint Simelane, we have good reason to believe he failed to apply his mind in this matter,” she said.

Jeopardising independence
“For this reason, the DA will initiate a parliamentary investigation to ascertain whether or not Manyi is fit to fulfil his MDDA board member duties as provided for in Section 6(1)(d) of the MDDA Act.”

Michaels claimed Manyi’s appointment was invalid and unlawful because, among other things, section two of the act stated that the MDDA was “independent” and had to exercise its powers without political interference.

The appointment of Manyi to the agency clearly jeopardised the entity’s independence.

Section five of the Act stated that a person was disqualified from board membership if he had “as a result of improper conduct, been removed from an office of trust”.

Michaels said: “The presidency did not explain why Mr Manyi’s suspension from the department of labour did not disqualify him as a candidate for the board.”

Section 4(4) of the Act required members of the board to be people who were “committed to fairness, freedom of expression, openness and accountability”.

In 2011, Manyi’s threat to withdraw advertising revenue from newspapers that did not toe the line in their coverage of the government pointed to a lack of commitment to these principles, she said.

“Given Mr Manyi’s history of making racially divisive comments, it is a matter of principle that he should not serve on a body tasked with promoting diversity,” Michaels said.

She said Zuma had embarrassed himself through a number of bad appointments that needed to be reversed.

Simelane’s appointment, the renewal of former chief justice Sandile Ngcobo’s term, and the appointment of Willem Heath as head of the Special Investigating Unit were all poorly considered.

“It looks as if the appointment of Manyi to the MDDA board may be in the same category,” Michaels said.

“If Parliament concludes that he is not fit to hold office, we will table a resolution in the National Assembly to have Mr Manyi’s appointment revoked.”

Recommendation of Parliament
The law allowed for the president to make three of the nine appointments to the MDDA board without Parliament’s approval, spokesperson Mac Maharaj said.

“The law is very clear on how the nine members of the board be appointed.”

“Section 4(1)(b) of the Act says six members be appointed by the president on the recommendation of Parliament.”

However, section 4(1)(c) states that the remaining three members be appointed directly by the president, he said.

On Monday, Zuma announced that Manyi was among a five-member team appointed to serve a three-year term. The others were Phenyo Nonqane, Rene Smith, Thato Mahapa and Ingrid Louw. — Sapa