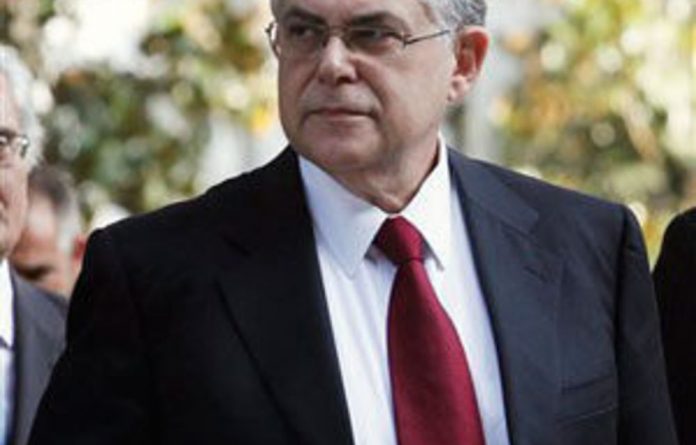 Greece is braced for a second day of protests as representatives of international creditors arrive in Athens for crucial talks on plans to write off 50% of the country’s debts.

Negotiations over Greece’s ballooning debts are expected to be accompanied by protesters accusing lenders of holding the country to ransom with demands for sky-high interest rates.

As tens of thousands of striking workers took to the streets of the capital on Tuesday, in the first mass walk-out of 2012, many chanted “down with the Papademos government here and now”.

EU officials, who had arrived in Athens with representatives from the International Monetary Fund (IMF), and European Central Bank (ECB), are known to want a quick deal to avoid a Greek default.

A team led by Charles Dallara and Jean Lemierre, officials from the Institute of International Finance, will meet government negotiators to hammer out a deal that eluded them last week after several days of meetings.

Dallara said this week that talks had yet to reach agreement on any aspect of a deal following demands from Greek negotiators for “unrealistically” low interest rates on its outstanding debts.

The interim Greek government has hit back at accusations that Athens had neither the will nor ability to enforce economic reforms, with officials categorically rejecting the idea that the debt-hit country was heading for a messy default.

Changes
Policy-makers pointed to the headway Greece had made. George Pagoulatos, an adviser to the prime minister, Lucas Papademos, said: “In the past two years the primary deficit has been reduced by nearly €20-billion, a European record.” Noting the net reduction of 132 000 civil servants since the start of 2010, he said: “Overall costs in the public sector have also been cut dramatically.”

Officials from the EU and IMF have repeatedly accused Athens of failing to implement reforms. But in his first on-the-record interview Pagoulatos said Papademos, a former vice-president of the ECB and Greece’s first technocrat leader in decades, had accelerated changes to make the economy more competitive.

“In recent months a large number of prominent tax evaders have been prosecuted,” Pagoulatos said. “Professions closed for decades have been opened up, the judicial system has been streamlined, which has reduced the cost of doing business in Greece, and the process for new business start-ups simplified.”

He said the negotiations over debt restructuring were “back on track” after being suspended. “The agreement will be concluded in a couple of weeks, at most.”

Stock markets jumped on Tuesday despite concerns that negotiators would struggle to piece together a deal before Greece is forced to redeem €14.5-billion of loans at the end of the month.

Investors were cheered by a sharp rise in China’s GDP, which showed the Chinese economy grew by 8.9% in the fourth quarter of 2011. The growth figure was the lowest for two and a half years, but beat economists’ forecasts suggesting Chinese exports would be hit badly by the eurozone crisis.

Oil prices rose on the prospect of resurgent growth in China coupled with a strong rise in analyst and investor sentiment in Germany after a January reading of -21.6 from the Mannheim-based ZEW economic think-tank improved on the -53.8 figure in December.

‘Disorderly correction’
The Spanish treasury, meanwhile, sold €3-billion of 12-month bills at an average yield (interest rate) of just 2.049%, down from 4.05% the last time it sold this type of debt. This is another sign that S&P’s downgrades (it cut Spain by two notches from AA- to A) have not spooked investors.

Several analysts said the reaction to China’s growth was wishful thinking and the world’s second largest economy was still on a downward trajectory. Chang Jian, a Hong Kong-based economist at Barclays Capital, told Bloomberg a deeper recession in Europe, which might cause a sharper slump in demand for China’s exports and a “disorderly correction” in the property market, were the biggest risks to the economy.

The world’s largest exporter might see shipment growth halve this year, while property investment, which accounts for about a fifth of the nation’s fixed-asset spending, might expand at half last year’s rate, Chang said.

Capital Economics said China’s overheating property market was ripe for a fall and could cause huge internal problems if developers went bust and banks were left nursing large debts.

China has urged EU leaders to resolve the debt crisis, starting with a resolution to the Greek debt situation. But Brussels has struggled to bring countries with different outlooks on the crisis together.

Finland is against a close fiscal union and informed Brussels that the need for a two-thirds majority in its Parliament meant any vote on plans for a veto over member budgets was likely to be lost.

Bond swap
Meanwhile, the ECB has made it known the plans for a fiscal pact are weak and need to be strengthened before it can agree to take further action to boost bank balance sheets.

The negotiations in Athens will involve creditors exchanging their existing Greek bonds with new ones of a lower value, with the bigger aim of cutting Greece’s debt by €100-billion (£83-billion).

The bond swap is crucial because it is a precondition for a second, €130-billion bailout for Greece. The country’s international rescuers, the troika of Brussels, the IMF and ECB, have warned that they will not extend any more support if a bond swap deal is not agreed.

That means Greece could default on its debt in late March when the €14.5-billion bond repayment is due, potentially threatening the entire eurozone’s financial stability.

Adding to the pressure on Greece, inspectors from the troika are expected to press the government for faster cost-cutting reforms.

About 10 000 protesters have taken part in rallies in central Athens, demonstrating over potential pay cuts in the recession-battered private sector. Anti-austerity strikes in the capital disrupted public transport and other services, while journalism unions also launched a 48-hour strike.

Police said that a plain-clothes officer from the anti-terrorism division had been beaten and seriously injured by a group of about 30 protesters, who also took his handgun. The rally otherwise had been peaceful.

Under government pressure, unions and employers are due to begin talks on Wednesday to explore ways of slashing labour costs. —