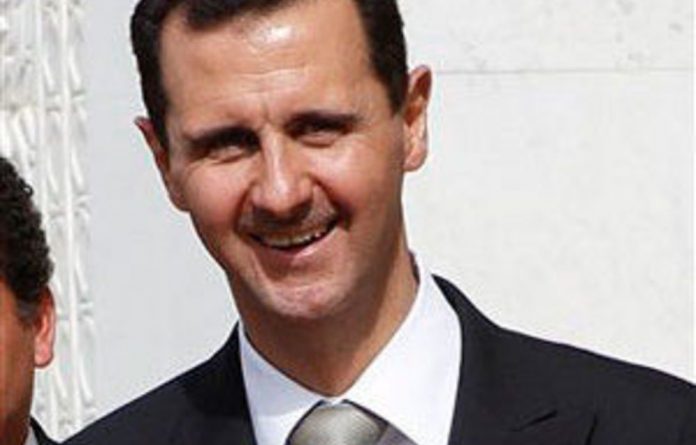 Syria might let Arab monitors stay on after their mission expires on Thursday, but foes of President Bashar al-Assad say the UN Security Council should step in to halt 10 months of bloodshed.

Arab foreign ministers, due to consider their next step later this week, are split over how to handle Syria, as is the Security Council, which has failed to adopt any position.

US President Barack Obama has again called for a change of government, saying the level of violence in Syria was unacceptable.

Hundreds of killings on both sides have been reported since the Arab League sent observers last month to see whether Damascus was respecting a peace plan it accepted on November 2.

“We will continue to consult very closely with Jordan to create the kind of international pressure and environment that encourages the current Syrian regime to step aside,” Obama said after meeting Jordan’s King Abdullah in Washington on Tuesday.

An Arab League source said Damascus would accept a one-month extension of the monitoring mission, but no broadening of its mandate. Critics say the observers have only provided al-Assad with diplomatic cover and more time to crush his opponents.

Fears of civil war
Lebanese Druze leader Walid Jumblatt, who has distanced himself from Damascus in recent months, said the Arab monitors had failed to staunch the bloodletting and that Syrians wanted freedom, like other Arabs who have revolted in the past year.

“I am more and more concerned about the possibility that Syria will plunge into more violence and … maybe civil war,” he said in an interview.

The Arab plan required Syria to halt the bloodshed, withdraw troops from cities, free detainees, provide access for the monitors and the media and open talks with opposition forces.

A tenuous truce was holding on Wednesday in Zabadani, near the Lebanese border, where troops had been fighting anti-al-Assad rebels, residents said. But heavy machine-gun fire and explosions rocked the troubled city of Homs, an opposition group said.

“As of now there is no shelling and no gunfire. It is quiet. But the army is still surrounding the area,” said one Zabadani resident who gave her name as Rita. “The agreement last evening was that the army would withdraw and the armed rebels would leave the streets and clear roadblocks.”

Syrian forces backed by tanks attacked the hill resort on Friday in the biggest military offensive against insurgents since the Arab monitors began work on December 26.

Michel Kilo, a dissident Syrian writer who spent six years in jail, said the struggle in Syria was at an impasse.

“The regime can’t stop people protesting and the people can’t bring the regime down,” he told France’s Le Figaro daily.

“I believe al-Assad wants to regionalise the conflict and bring in Iran, [the Lebanese armed Shi’ite group] Hezbollah, Iraq and to threaten Gulf countries with a long war,” Kilo added.

“We call on them to turn the issue over to the UN Security Council and we ask that the international community intervene because they are more capable of protecting Syrians at this stage than our Arab brothers,” the former army colonel said.

The Arab League source said China and Russia, which have blocked Security Council action so far, had urged President al-Assad to accept an extension of the monitoring mission to avert an escalation at the international level.

Syria would allow a rise in the number of monitors, he said, but opposed giving them formal fact-finding duties or permission to visit “military zones” excluded from the peace plan.

Qatar has proposed sending in Arab troops, an idea rejected by Syria and one likely to be resisted by its Arab allies. — Reuters

Matjila lashes out at UN over Western Sahara