A mouthful of Sopa 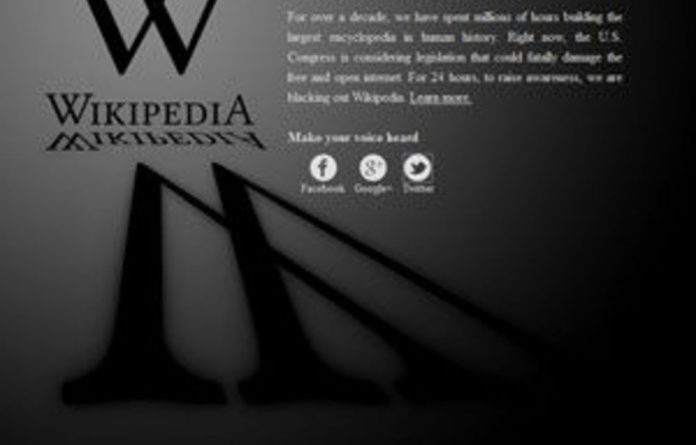 It seems such an obvious truth now: the internet can be catalyst for political and social change. But until the Arab spring of 2011 few people fully realised or believed quite how powerful it could be. Now the US government, accustomed to celebrating the democratising power of the internet, is getting a taste of its own medicine.

On Wednesday thousands of US websites, including Wikipedia, Google and WordPress, blacked out portions of their pages in protest. Millions of people signed petitions, and thousands phoned or emailed lawmakers in the US Senate and House of Representatives.

The cause of the fuss? Two pieces of legislation that web businesses and civil rights advocates fear will undermine the foundations of the internet: the proposed Stop Online Piracy Act (Sopa) and Protect Intellectual Property Act (Pipa).

The aim of both the Bills is reasonable enough: to give companies recourse over “rogue sites” who steal their content and then profit from it. The problem with both Bills is the sweeping powers they grant to courts and regulators. Combine this with overly vague definitions of infringements and you have a recipe for both confusion and abuse.

The Bills would allow, for instance, a large corporation to get a small blog blacklisted — and thus blocked from being accessed — on the basis that a reader commenting on the blog had posted links to a site promoting file sharing.

This block could be put in place without due process, and once in place would be onerous to remove, particularly for a small independent company or blogger. The general manager of reddit.com, a link sharing site, explains the unforeseen consequences of such regulations.

“If Sopa passes in anything like its current form, it would almost certainly mean the end of reddit. It may not happen overnight, but we have a very small staff [11, mostly engineers], and even dealing with DMCA [Digital Millennium Copyright Act] stuff is a big burden for us. Sopa would make running reddit near impossible. And we have access to great lawyers through our parent company. I can’t imagine how smaller sites without those kind of resources could even attempt a go at it if Sopa passes.”

What’s worse is that the legislation would prove ineffective against its real targets — the hardcore pirates and intellectual property thieves. They are motivated and nimble enough to dodge the clumsy mechanisms contemplated in the Bills.

The havoc the regulations would wreak on the internet’s plumbing is startling. One proposed mechanism would require internet service providers (ISPs) to individually examine every piece of data travelling through their networks to ensure they don’t contain blacklisted content. Leaving aside the obvious privacy issues, the overhead required by such a system would either slow the internet to a crawl or bankrupt the ISPs.

So if the Bills are so obviously flawed, why have they made it all the way to the Senate and House? Simple: powerful lobby groups like the Motion Picture Association of America and the Recording Industry Association of America have pressured senators and representatives into acting at their behest. This explains, in part, why these controversial Bills have so many sponsors in both legislatures.

What neither the lobbyists nor the lawmakers could have anticipated is the enormous backlash. The combatants couldn’t have been more different from the Arab spring, but the basic causes (democracy, freedom) and the results have proved remarkably similar.

Within hours of the blackouts, legislators in both houses began abandoning their support for the Bills. Sopa has already been indefinitely shelved, and Pipa is fast losing support.

The MPAA are naturally unhappy with this turn of events, calling the blackouts “an abuse of power”. There’s no doubt that the likes of Google and Wikipedia are protecting their own interests, but they could not fake the millions of concerned citizens who rallied to the cause. And if there’s one group lawmakers listen to, it’s voters.

US legislators are clearly rattled by this affair. What should have been an easy win — two esoteric but morally justifiable Bills that would make their corporate buddies very happy — has turned into an embarrassing rout.

The threat of the internet to repressive regimes is obvious. That’s why the likes of China, Iran, North Korea and Burma take such pains to block or restrict access. But the threat to democratically elected “free” governments is often less obvious.

Given the sclerotic nature of current US politics, it’s encouraging to see ordinary people having such an obvious impact on the process. But what’s even more encouraging is the proof that governments of every stripe need to fear the internet. It finally delivers what they’ve always promised: a direct say in how a country in governed. Yikes.