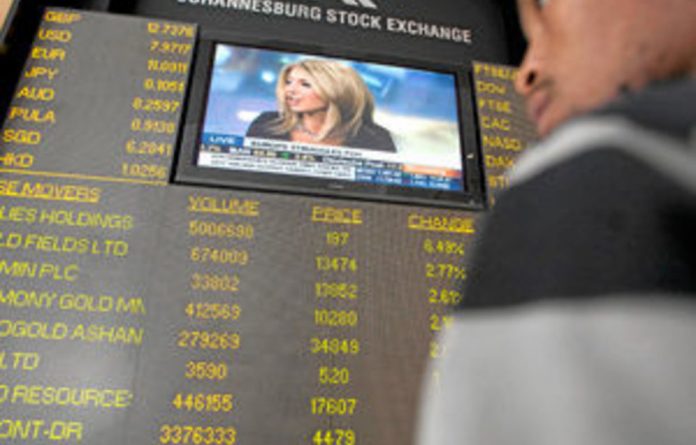 It is that time of year when the unit trust performance surveys are released. Although they are meant to be an indication of how fund managers are doing, the tendency has been to focus investors on short-term performance rather than the longer-term track record.

Over shorter periods of time, funds invested in the “right” sector outperform others, regardless of the skill of the fund manager, and are often driven by single, often unpredictable events. For example, if one looks at the latest performance surveys issued by rating agencies Morningstar and PlexCrown, financial sector unit trusts featured heavily in the top 25 performers for the month of December.

But Ryk de Klerk, the executive director of PlexCrown Fund Rating, said that the financial funds were boosted by the 16.6% jump in Old Mutual’s share price in December after the announcement of the sale of its Scandinavian operations.

“The financial funds on average held approximately 13% of their net asset value in Old Mutual and their holdings in the share, therefore, contributed more than 50% of the returns in the month of December.”

One-year performance figures show foreign funds to be the top performers, a significant change in fortune as they were the worst performers over three and five years when South African equities outperformed them and the rand appreciated.

Tal Nieburg, the head of Morningstar South Africa, said foreign fund returns had been dominated by currency movement. In 2011, the rand depreciated substantially against the pound sterling (-21.13%), the dollar (-22.03) and the euro (-18.09%) and the funds benefited from this.

“This was all reversed in December when the rand was fairly flat against the United States dollar. However, the rand appreciated against both the pound and the euro and, unsurprisingly, two euro-dominated funds were among the worst performers for December,” Nieburg said.

Tracking funds not a good idea
De Klerk warned against tracking funds in the short term except possibly as a counter indicator. “Performance tables and especially those shorter than one year should be viewed with extreme caution. Many factors may cause short-term out- and underperformance that may not be repeated again in the next few months or even years,” De Klerk said.

Taking a look at the longer-term performance, over three years, no single sector dominates the top 25 performers. It is a mixed bag with the top 25 unit trusts coming from financials, flexible, large-cap and small-cap funds. This suggests that stock picking becomes more important for longer-term outperformance, although sector bias still plays a role.

During that period, the JSE returned 61.3% and you would have doubled your money if you had invested in one of the three top performing funds, namely the 360ONE Flexible Opportunity, Momentum Small/Medium Cap or 360ONE Target Return fund.

De Klerk said these figures should be seen in the context of coming from a low base after the sell-off that intensified in the fourth quarter of 2008 during the financial crisis.

“With the industrial index returning 81.5% over the three-year period, it is no wonder that five industrial funds made it to the top 25. Stock picking and timing is particularly evident in the cases of Coronation Industrial and StanLib Industrial as their returns exceeded that of the JSE industrial index.” De Klerk pointed out that four small-cap funds made the top 25 mainly as a result of their inclination to invest in industrial shares and special opportunities.

De Klerk said that the inclusion of five flexible funds in the top 25 was mainly as a result of their flexibility, where timing, sector rotation and stock picking played a major role in their performance. “Timing, sector rotation and stock picking also played a major role in the top 25 returns of Absa Select Equity and Kagiso Equity Alpha in the general equity sub-category and Coronation Top20, effectively a flexible equity fund, in the large cap subcategory.

The bottom line is that investing in specialised sector funds requires a fair amount of skill as you have to predict the next upswing. Basing your decisions on last month’s winners is almost guaranteed to lose you money.

Over time, it appears that a flexible fund managed by a skilled fund manager offers the best opportunity for outperformance.

SA has a retirement savings crisis