Pupils lose out while textbook squabble rages on 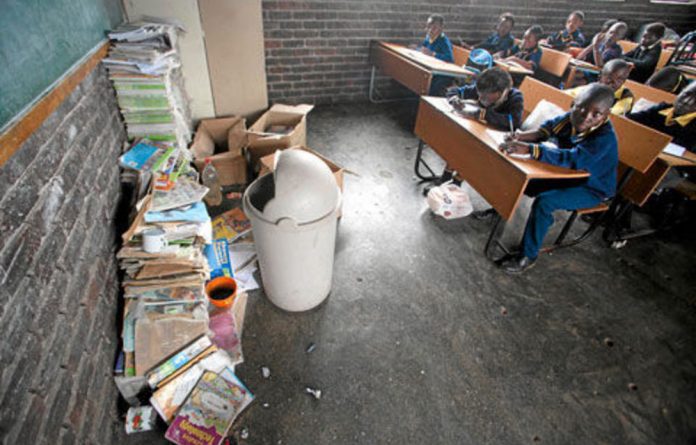 It is still not known when new textbooks will be delivered to Limpopo’s public schools, but the blame game over who was responsible for ordering them continued between departments this week.

The provincial education department maintained that the Cabinet’s decision to place it under national administration more than a month ago disrupted its spending plans, but the treasury said the department could not use that as an excuse because the textbooks should have been ordered months ago.

“The problem is that Limpopo has not ordered a single textbook,” said a publisher who asked not to be named. “If they were to place orders this week, textbooks would be in all schools some time in February.

But, because it’s still not clear when they will order, we are now looking at textbooks reaching all the province’s schools in March.”

Crisis level
Another publisher, a member of the Publishers’ Association of South Africa, described the situation in Limpopo as having reached crisis level. “Schools have reopened but textbooks are yet to be ordered.”
New textbooks are essential for grades one, two, three and 10, which have a new curriculum this year.

This week, the treasury’s spokesperson, Bulelwa Boqwana, said that the provincial department had not ordered the textbooks in time.

“The section 100 intervention was announced only in December, meaning that by that time the provincial department of education should have followed due process and ordered the books at least by August 2011,” she said. “There is no evidence that the provincial department of education had ordered the books on time. Instead the section 100 intervention is used as a scapegoat.”

But Pat Kgomo, the spokesperson for the provincial education department, said: “It is important to remember that the administration was introduced on the basis of cashflow. We’re now unable to spend money. That can be done only by treasury.”

The South African Democratic Teachers’ Union (Sadtu) said putting the department under administration was compounding Limpopo’s educational problems and services such as transport for scholars and the nutritional programme were now also in disarray.

“The whole issue of having the depart­ment under administration is making the crisis even worse.

“In the past when we encountered problems we’d go to the [provincial] minister. But now he’s telling us, ‘no, I’ve been stripped of my powers’, and he can’t do anything. The head of department is saying the same thing,” Ronald Moroatshehla, Sadtu’s provincial chairperson, said.

He said there could be only one of two reasons for the crisis: “It’s either a case of poor planning by the provincial department or it’s because of this administration.”

Kgomo could not say when the textbooks would be delivered. “The issue of whether textbooks are ordered or not is now in the hands of national government. The [provincial] department can no longer respond to it.”

Moroatshehla said that no teaching took place when the schools ­reopened on Wednesday. “Teachers and learners were frustrated,” he said.

National education department spokesperson Panyaza Lesufi recently said the textbooks would be delivered in January, but the publishers said delivery could be as late as February or even the first week of March because of delays in ordering.

From the time of ordering, it apparently takes two to four weeks to deliver textbooks. The process includes printing the exact number of books ordered, packaging them and distributing them to the province’s 4 000 schools, which is done by EduSolutions, a company caught up in a controversy over the tender for the textbooks.