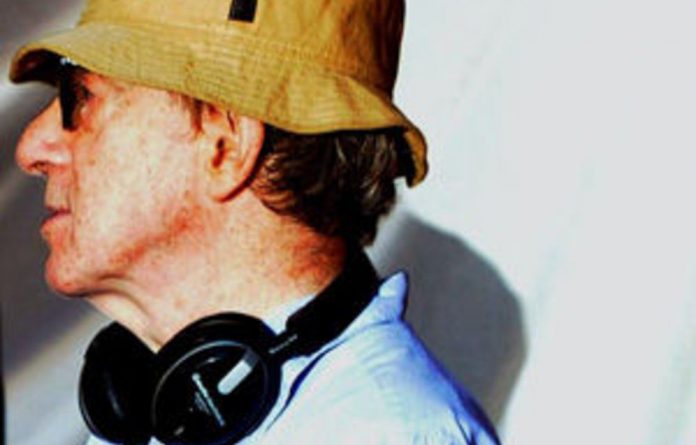 Thomas Hobbes declared that all laughter depends on sudden contempt, that flash of superiority when the other chap slips on the banana skin and we do not.

When we smile, we show our teeth. For this reason he warned against the self-deprecatory gag for, after all, who wishes to pull down contempt on himself? No one seems to have told Woody Allen.

With Alfred Hitchcock, Allen must be the most recognisable director in the history of cinema. In 1984 an anthology was published devoted to people’s dreams about him. To like his early films is to like him; perhaps the peculiar intimacy of his relationship with the audience stemmed from the fact that he had been a stand-up comedian.

These films maintained that sense of performing to their audience — Annie Hall (1977) is as much about the faux intimacy of addressing the viewer, as is Alfie.

There is nothing more intimate or more immediate than a joke. Allen knows this all too well and in Annie Hall he dramatised it, showing the way that jokes establish sympathy for another person. They call for a response — you either get them or you miss them. It is there in the moment when Alvy Singer (played by Allen) tries to repeat with another woman the laughter he had shared with Annie Hall (Diane Keaton) over their attempts to catch and cook a still-living lobster.

We in the audience are free to laugh along or not; if we do not, then what is at stake is perhaps not just our sympathy with the movie or its director. In his 1970s jeremiad, The Culture of Narcissism, Christopher Lasch also worried about Allen’s use of the self-wounding joke. Allen, he asserted, was using humour to defend against the serious. Yet Allen’s wit was always more than that, a pre-emptive strike against one’s own pretensions, but also a bright disruption offering the possibility of insight.

Fragments of a great confession
For all these reasons it is hard not to approach Allen’s films biographically. The man on screen was always a persona, of course, and yet the works seemed like fragments of a great confession: regarding Annie Hall, Allen and Keaton had been lovers — her real name is Diane Hall; Radio Days (1987) is a slantwise memoir. It is symptomatic that so often when Allen imagines a character writing, what they produce is part autobiographical fiction, part wish-fulfilment.

Allen has lamented that his work has had no cinematic influence, that he has no followers. If that is true, he may console himself with the certainty that his art has extended into people’s lives. Few of us, hopefully, have had a Scorsese moment or met a Coppola character. Yet who has never felt that they were, even for a moment, inside a Woody Allen film? And who has never met, or been, a Woody Allen type, neurotic and self-effacing?

By engaging with everyday life, he has permeated it.

The modern narcissist
In the 1970s Allen looked irreverent, hip, a part of the New Hollywood generation. In an age of “auteurs” he was the auteur personified: the writer, director and star of his films, active in the editing, choosing the soundtrack and initiating the projects.

His modishness stemmed from his films’ willingness to talk about sex; no one noticed that for all the talk his films held back from depicting the act itself. He was modern enough to seem part of a contemporary social problem, the exemplar of the modern narcissist, the distracted consumer of “relationships”.

But actually, even when he was in vogue he was already out of time, an old-fashioned guy aghast at contemporary vulgarity. He was already in his early 40s when Annie Hall came out; his music was Bechet and Duke Ellington, not Hendrix or the Eagles. In an era of unconventionally good-looking leading men Allen presented the most unlikely romantic hero of all: the balding, bespectacled nebbish up against smouldering Al Pacino. The mood of the times was for antiheroes, for downbeat rebellion.

But by virtue of his ordinariness Allen was the greatest rebel of all, offering a way to be male without being a conventional Hollywood he-man, such as Robert de Niro or Jack Nicholson. One of his great gifts to cinema has been to portray through his own acting and through the casting of men — such as Owen Wilson in Midnight in Paris (2011) — a decent way to be a man.

Bumpy ride
Yet many people hate Allen’s films. Like Bob Dylan, he has lost his form and yet the work strikes many ­viewers as a comeback. More accurately, he has always made some weaker films, had some bad runs — most notably from Scoop in 2006 to Whatever Works in 2009 — but he clearly has it in him to produce at every turn in his career vibrant, spirited movies: Midnight in Paris (2011) is possibly a slight work, but is also — in my eyes, at least — perfect.

Some avoid his movies, feeling they know in advance what they are going to be offered. They can indeed feel, when viewed at a distance, as though they are just more of the same for ever: the older man and the younger woman, the shrinks, the neurotic loser, the architects and writers and theatre people.

It can seem as though everything takes place in an insulated Upper East Side world, exploring the travails of an arty, intellectual, comfortably bohemian middle class that hardly exists anymore except in a fossilised state.

Even away from New York in a film such as You Will Meet a Tall Dark Stranger (2010) there was a sense of business as usual. And yet, close up, what strikes us now is both the remarkable consistency of Allen’s vision and the surprising variety of his films: from a modern fable like Zelig (1983) to the science fiction farce of Sleeper (1973), from the fantasy of The Purple Rose of Cairo (1985) to the problem play that is Crimes and Misdemeanours (1989).

Aging gracefully
Above all, his subject matter has matured as he has. The early works depict the archetypal young adult about the city, but later he has turned to the problems of middle age and, more recently, old age. It is possible that his audience has aged with him and that he means little to most people under 30. The audience when I saw ­Midnight in Paris clearly loved it; but at 46 I was one of the youngest people there.

Perhaps Allen now seems a comfortable figure, the official bard of bourgeois Manhattan. In fact, he is one of American cinema’s great experimentalists in narrative, a man devoted to finding out as many different ways to tell a story as possible.

The fruits of his years in psychoanalysis are apparent here. Annie Hall tries every means possible to fragment the individual and its story: split-screen scenes, empty frames, black frames, subtitling — to show what people are really thinking, a disembodied soul drifting off during sex, a cartoon version of Woody, confrontations with the younger self, the man up on television versus the same man on the street. It is tightly structured, but the film’s surface is nonetheless non-linear, digressive and self-questioning.

If the early films seemed self-obsessed, Allen responded by moving on to the group portrait, creating narratives that were diffused and decentred, with double or even triple plots. Such movies produced a complex image of their social milieu. He is a man immersed in Americana, who has also been sceptical about the United States.

His inclination towards European ­cinema could account for his perceived lack of success with the US audience. He favours European slowness, yet his own films show a preference for US rapidity — a cut-to-the-chase rhythm that feels urban, that suggests New York.

In Crimes and Misdemeanours Lester, the fatuous director of sitcoms, played by Alan Alda, repeats his possibly absurd mantra: “In comedy, things bend, they don’t break.” Yet in several of Allen’s best “­comedies” breaking is precisely what things do. Like Thomas Hardy, he clearly feels that in a world without God life is meaningless. Like Hardy too, there is a reliance on coincidence and the unlikely accident to twist the plot. Increasingly his characters are caught up in the machinations of design.

In Allen’s comedies the ordered life is always provisional. Collapse comes with an affair, a mix-up. If order is restored, then that, too, is a makeshift solution. In works such as Crimes and Misdemeanours and Husbands and Wives there is existential grit in the oyster, an undercurrent of real despair.

Such films tell us that life is pretty awful and we can only hope to get through it the best way we can. Morals are valued, but their efficacy is doubted.

And yet Allen’s jokes do not always believe in this troubled vision. For all that he is morose, he cannot be consistently bleak. He tried to be a philosopher, but cheerfulness kept breaking in; he tried to be a clown, but philosophy kept him doubting. Melinda and Melinda (2004) demonstrated his problem: the same story is told twice, once tragically and once comically.

Although I can delightedly remember almost every aspect of Will Ferrell’s comic descent into suffering, the tragic part of the film is lost to me.

An antidote to despair
Apparently lacking faith in the essentially comic nature of life, Allen has nonetheless done his most valuable work in comedy. At his best, he tenders a contrary vision of art, as healing illusion, a step into a fantastic world that holds out an antidote to despair.

He has deserved something of his reputation for angst, but there are as many films that celebrate the silly. He is a great praiser of things, a lover of cities and cinema. His films are often best understood as tributes to film. That sweet masterpiece, Manhattan Murder Mystery (1993), is Blue Velvet remade by Bob Hope, the dull couple launching themselves into hapless adventure.

His great subject is the illusion offered by art. Watching films and making films have offered him — and us — a place of escape. In Hannah and Her Sisters, Woody Allen’s character, Micky Sachs, has his faith in life restored by a Marx Brothers’ movie; to paraphrase Kenneth Williams, if life is a joke, then we might as well make it a good joke. In his loveliest films, The Purple Rose of Cairo or Midnight in Paris, there is a gentler unmasking. He acknowledges the glamour of the silver screen and the magnetism of the past.

When the films return to the real, they do so honourably, knowing and accepting that, although sometimes disappointing, the best kind of life is the life that actually is.

A multitude of small things
Allen has never produced a single great masterpiece, no Godfather, no Raging Bull. Instead, over the years, he has made a multitude of small things, comic novellas rather than great novels, pleasurable and rewarding works of art that, without trying to be great, have accumulated greatness, remaining tentative and lovable. —