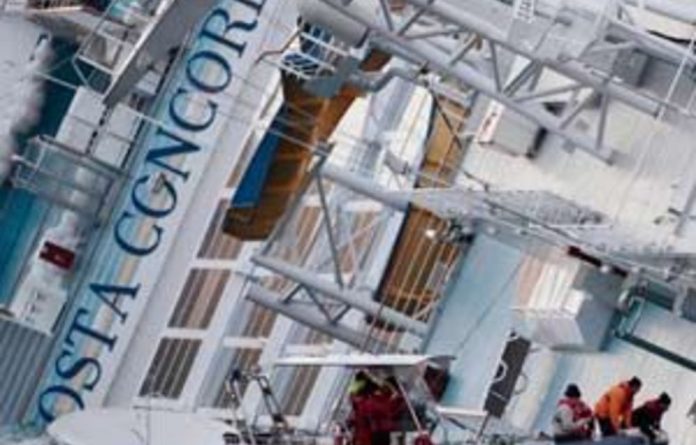 A British journalist managed to book a cruise on the Costa Concordia — two days after the liner ran aground near a Tuscan island leaving up to 32 people feared dead, he told the BBC on Saturday.

Simon Calder, travel editor with the Independent newspaper, told the BBC news channel that he booked himself the Costa Concordia package online last Sunday for £882.70.

He was swiftly posted travel documents and given his own cabin number on the ship, which remains half-submerged on its side as divers search the wreckage for those still missing.

The Costa Concordia struck a rocky outcrop on Friday January 13 just off Giglio island, after the huge 17-deck luxury liner changed its route to approach the island.

So far, 11 people have been confirmed dead in the tragedy, while 21 people are missing. The ship had more than 4 200 people onboard.

‘Special offer’
“Clearly, in the first 24 to 48 hours, the main focus of the company was [on] doing everything it could to rescue people,” Calder told the BBC.

“But by Sunday, I was keen to find out what the rights were for people who were booked on Costa Concordia, and crucially, her sister ships built to the exact same design. The company in London couldn’t help at all, and so I went online to see what I could find. I couldn’t find any information of any help to people with future bookings. What I could find was a special offer selling a cruise on Costa Concordia, departing in April.”

He explains, “And I thought ‘Well this is wrong … I will just test it, because clearly they cannot still be selling it.’ They sold it to me, took my money, and then on Monday they sent out the confirmation, complete with a map of where I will be going, and even my cabin number on the ship.”

“Quite remarkable that a company should be doing this, given that the ship was — as we have just been seeing this morning — horribly stricken.”

The company operating the cruise ship, Costa Cruises, could not be contacted for comment. Genoa-based Costa Cruises, or Costa Crociere, is a subsidiary of US-based group Carnival. –Sapa-AFP