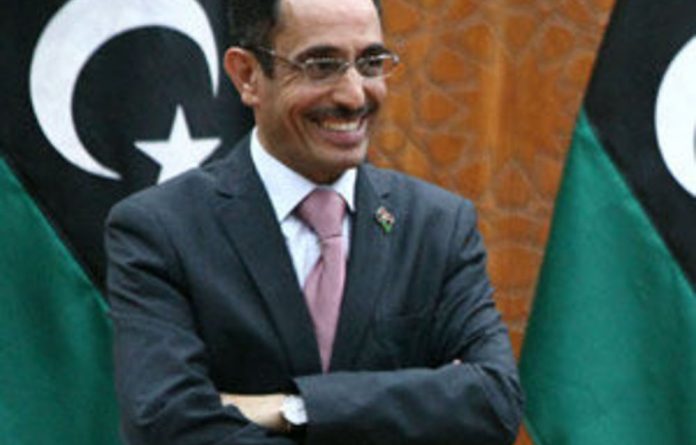 Thousands of Libyan students protested on Sunday in the eastern city of Benghazi, a day after angry demonstrators lobbed grenades and stormed the offices of the ruling National Transitional Council.

The National Transitional Council (NTC), which spearheaded last year’s bloody revolt against Muammar Gaddhafi and took full control after his fall, was forced to meet at a secret location to adopt a new election law after Saturday’s attack on its offices.

Around 4 000 students protested against the deputy head of the NTC, Abdel Hafiz Ghoga, at the University of Ghar Yunis in the former rebel stronghold.

They chanted slogans against Ghoga, demanding his resignation from the NTC and condemning the arrest of 11 of their colleagues for allegedly manhandling him at the campus last week.

Ghoga, who also serves as official spokesperson for the NTC, has come under increasing opposition from residents of Benghazi, the cradle of last year’s uprising which toppled and killed Gaddhafi.

Belated defection
Accused of opportunism because of his belated defection from the Gaddhafi regime, Ghoga was mobbed by students on Thursday and had to flee the university after a tirade of abuse from the angry crowd.

But the NTC has so far staunchly backed him.

It said that “every attack or aggression against the National Transitional Council represents an attack on the sovereignty of the Libyan people and its glorious revolution.”

Ghoga represented the “highest legitimate authority” until the election of a constitutional assembly in June, said a statement.

Sunday’s demonstration comes a day after protesters lobbed grenades at and stormed the NTC offices in Benghazi, accusing the council of marginalising injured former rebels in the new Libya.

On Saturday, protesters armed with stones and iron bars hurled homemade grenades at the NTC offices and entered the building before setting its front ablaze, witnesses and council members said.

They threw plastic bottles at NTC chief Mustafa Abdel Jalil, who is respected across Libya for his active role in the revolt against Gaddhafi. He was later escorted out of the premises.

“They set fire to the front [of the office], broke windows and damaged one of the armoured cars that was there,” said Fathi Baja, NTC member and the council’s political affairs chief.

He said he was unaware who was behind the attack.

‘Very young’
“We do not know. Some were very young, like 15 years, some older. There were many. Some called for the resignation of the entire NTC except … Mustafa Abdel Jalil and another member,” Baja said from Benghazi.

The violence, the first such act against the NTC, forced its members to meet in secret on Sunday to discuss and adopt the nation’s new electoral law.

“We didn’t finish our work yesterday. A meeting is scheduled today to discuss and adopt the electoral law,” said Salwa al-Digheili, who heads NTC’s legal affairs.

“The meeting will take place at an undisclosed location for security reasons,” she said.

The NTC had made public a draft election law in early January, with an article setting aside 10% of the 200 seats in the proposed constituent assembly for women members.

The draft law also barred Libyans holding dual nationality and those who benefited under Gaddhafi’s regime from contesting elections. Candidates must be aged at least 25, under the draft, and the minimum age for voters is 18.

Ghoga has since told Al-Jazeera television that he is resigning from his post.

“I do not want to influence the NTC and for national interests, I chose to resign,” Ghoga told the satellite broadcaster.

He said in a telephone call with the channel that his decision comes after “recent events”, a reference to the protests in Benghazi.