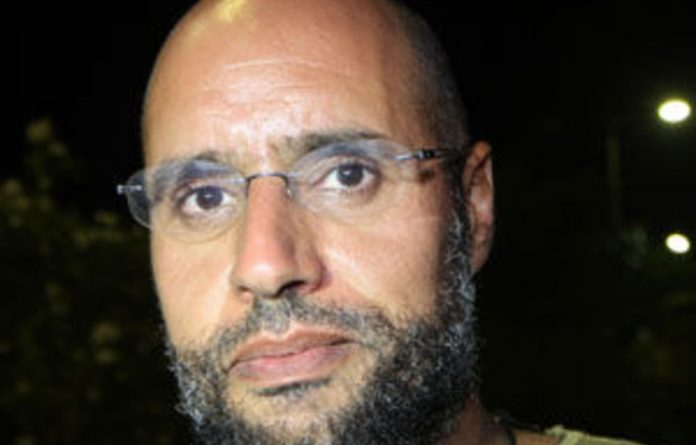 Libya said on Monday the International Criminal Court has accepted that Saif al-Islam, slain dictator Muammar Gaddafi’s son, will be tried by Libyans, a claim which was quickly denied by the tribunal.

“The ICC has accepted that Saif al-Islam will be tried in Libya by the Libyan judiciary,” Libya’s Justice Minister Ali H’mida Ashur said.

“The trial will take place in Libya. The Libyan justice is competent and we gave the file [on Saif] to the ICC on Friday,” Ashur added.

“The ICC has made no decision on this matter,” court spokesperson Fadi el-Abdallah said.

Saif, who was arrested on November 19, is in the custody of the military council of Zintan, a town 180km, south-west of Tripoli.

He is also wanted by the ICC on charges of crimes against humanity allegedly committed during the conflict in Libya.

Libya was given until January 23 by the ICC to mull the possible handing over of Saif al-Islam.

Last month ICC judges had called on Libya’s new leaders to inform them as a matter of urgency if and when they intend to hand over Saif and set a January 10 deadline for a response.

But later in a letter, Libya asked for an extension, citing the security situation in the country even as it expressed its intentions to prosecute Saif on Libyan soil.

The New-York based Human Rights Watch, in its World Report 2012, has raised concerns over Libya’s judicial system.

“Libya’s interim government and its international supporters should make it an urgent priority to build a functioning justice system and begin legal reform that protects human rights after Muammar Gaddafi,” the group said in the report.

Sarah Leah Whitson, Middle East and North Africa director at Human Rights Watch said in the report that “independent courts and the rule of law will help ensure stability in a country emerging from four decades of dictatorship and eight months of war”. — AFP