Burger leads attack against the Lions 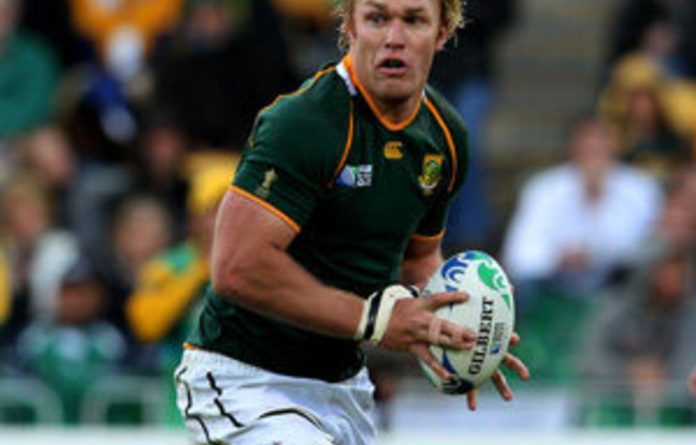 Springbok flanker Schalk Burger will captain the Stormers in Friday’s Super Rugby warm-up clash against the Lions at Newlands.

Stormers head coach Allister Coetzee said on Monday that he was working towards a point where the strongest possible combination could run out on Friday.

“We’ve had our first run where all the youngsters had a chance to play but the match against the Lions gives us a chance to play a different team and one that will have very different challenges from the side that played against Boland Cavaliers,” Coetzee said.

“We’ll be looking to give game time to as many players as we can so that everyone understands the set piece, the style of attack and the policies to keep the defence in shape.”

According to Coetzee, the performance of the experimental line-up that ran out against Boland at the weekend proved the squad’s conditioning programmes had been successful.

“It was a good game in the sense that it showed that all the conditioning work had been well done,” Coetzee said.

“Now it’s a matter of building up an understanding of the team dynamics and getting combinations right.

‘A lot of work to be done’
“Like all coaches I want see progress from one week to the next and it was clear after Saturday’s match that there is a lot of work to done.

“The Lions offer tough opposition and we need to remember that they are the Currie Cup champions.”

Coetzee had most of his 51-man squad running the lines at a training session on Monday.

“We’ve reached a stage where we want to field a side that will be as close as possible to the team that will play in the opening Super Rugby game against the Hurricanes in February,” he said.

“Andries Bekker and Duane Vermeulen are about two weeks away from joining the contact sessions while Rocky Elstadt will join full scale training next week.

“Scrumhalf Dewaldt Duvenage has started running and by the looks of things he may be ready in two weeks’ time.”

Coetzee said he and his Lions counterpart, John Mitchell, had discussed the possibility of playing two matches involving A and B teams but only one match would be played.

Coetzee not on ‘wanted’ list
Stormers’ coach Allister Coetzee has not been approached by Heyneke Meyer to form part of the Springbok coaching team, he said on Monday.

Coetzee denied media reports that he had spoken to Meyer about taking a job as assistant coach.

Meyer is tipped to succeed Peter de Villiers when the new national coach is named, probably on Friday.

“We last chatted about two weeks ago, but we did not speak about Springbok-related matters.”

Coetzee confirmed last week that he was not on the South African Rugby Union’s shortlist for the Bok head coach’s job.

The shortlist has reportedly been whittled down to two names — Meyer, the Blue Bulls’ senior professional coach, and Ireland forwards coach Gert Smal.

The Afrikaans newspaper, Rapport, reported on Sunday that Meyer was the favourite for the position and that he had met with South African Rugby Union CEO Jurie Roux in Pretoria last week. — Sapa