Mbalula: No one would sponsor corrupt sport 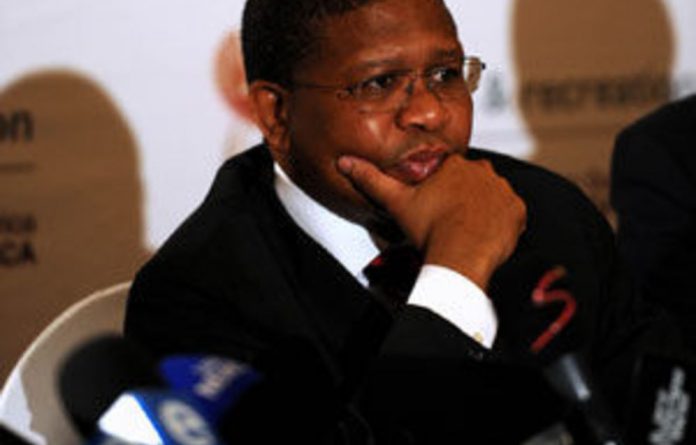 Business will not invest in sport if a culture of corruption persists, Sports and Recreation Minister Fikile Mbalula said on Tuesday.

“We have made it quite clear that we will not collaborate with corrupt activities in sport, and ask business to put their money into sport,” Mbalula said at a business breakfast in Johannesburg.

“By doing so it is investing in social cohesion, and it is equally a fight against crime.”

Mbalula said he would not tolerate corruption or bad corporate governance in South African sport.

“In this instance, there is no one in their right mind who would put their money into corrupt activities or lack of corporate governance.”

The minister made special mention of what happened at Athletics South Africa during former president Leonard Chuene’s reign, the South African Football Association’s bungling of the Africa Cup of Nations qualifier, and the ongoing Cricket South Africa bonus debacle.

Intervention
Mbalula stressed it would not be necessary for the sport ministry to intervene if administrators had the nation’s interests at heart.

“The minister of sport is not supposed to intervene when there are problems. Federations must take their own decisions if they are serious about themselves,” Mbalula said.

“But I have to intervene because people are dragging their feet. A case in point is cricket. I was not supposed to intervene.”

“Transformation is about integration, it is about education, and about uniting a nation. Quotas do not work for South Africa but it has been adopted at the sport indaba. I want by the end of the year that the national rugby team, the cricket team, every sport team, to be multiracial.”

‘How many blacks are there in the team?’
The minister was asked about the prospect of the South Africa Rugby Union employing a white Springbok coach.

“It is not the colour that defines development. Even if you can put a black person to become coach, it depends on the material you have. We don’t want a racist social certification debate when the Springboks go overseas — how many blacks are there in the team?”

Mbalula asked business to support the ministry with a school sports programme — an effort to reintroduce physical education into the school curriculum — which would begin on February 12.

“In this context we would like to call upon all the private sector, companies, and businesses, as well as civil society, to join hands with us in the school sport programme, to roll it out to make all our schools in South African incubators and nurseries for sport development and talent identification … We want to use schools sport as a platform to encourage social integration and integrated social inclusion,” he said. — Sapa