A web of watchdogs and whistle-blowers 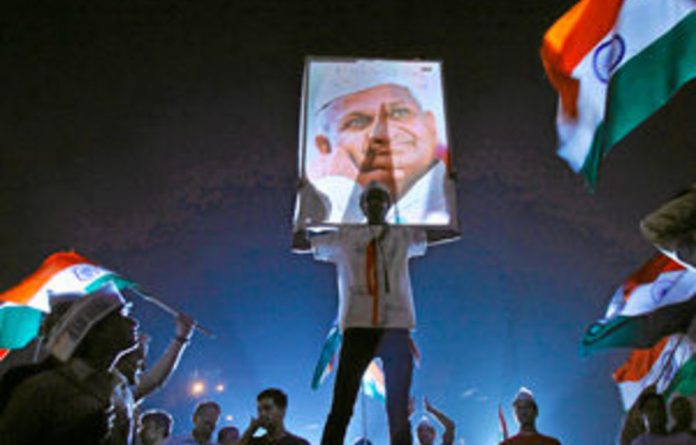 How many of you reading this have experienced corruption in some form? You were asked for, or paid, a bribe; you work for a company that has secured lucrative state contracts through bribery or other inappropriate relationships; you are in a position of power and routinely dispense “favours” to those who need the services that your organisation provides.

A recent survey says 56% of South Africans have been party to, or victims of, corruption.

Corruption Watch is an independent civil society institution that will gather information, build alliances and help the public to take a stand against corruption.

By addressing both the demand and supply side of corruption, the organisation will ensure that the custodians of public resources act responsibly to advance the interests of the public and that their positions are respected by those in the private sector who engage them.

This week we launch several communication platforms that will enable the public to report any knowledge of corrupt practices.

The way we interact with each other, meet each other and tell stories to each other suggested that Corruption Watch should engage the public through social media — the internet, Facebook and Twitter — as well as SMSes.

We will combine the voices of many individuals, thereby enabling the public to become effective, active participants in combating corruption instead of helpless victims.

Sceptics say our citizens lack internet access. We have thought deeply about this and will provide alternative mechanisms of communication. But we have great confidence in what will principally be a digital communications platform. One has only to recognise that many of the viral, digitally based social movements have taken place in countries poorer than ours, sometimes with levels of digital connectivity as bad, or worse than, our own.

Kenyans, for example, developed the Ushahidi crowd-sourcing and mapping application for cellphones during the post-election violence in 2007. This technology has subsequently been used to find survivors after the earthquake in Haiti and the tsunami in Japan.

“Citizen cartographers” in Nigeria and Tanzania report water problems and broken pipes by SMS; students in Dar es Salaam map roads, drains and streetlights on their cellphones for an urban upgrading project; and Kenyans have found that the condition of only 25% of health facilities and schools match official data.

Like Corruption Watch, the “I paid a bribe” websites in India and Kenya collect stories from the public, whereas fed-up citizens and journalist bloggers in Russia and China regularly report public figures living beyond their means or enjoying special privileges. One Chinese site has simply published pictures of the wristwatches of identified public servants and party officials. Sound familiar?

In any event the distance between the bush telegraph and the web is far shorter than is commonly believed. If people want to communicate urgently, they will find ways of doing so. Before we launched and had a telephone number, let alone a website, people were finding us from Limpopo, the rural Eastern Cape and elsewhere.

People can also contact us by SMS (at R1 a message). Our staff will work with community organisations to help us reach people for whom internet access or the cost of an SMS are insurmountable. And when we are working on large, endemic cases of alleged corruption we will make face-to-face contact with interested parties.

We will release reports on the Johannesburg Metro Police and the healthcare sector shortly. We will make these reports available to the public on our website, but we will also target particularly interested parties and invite them to read the reports and the responses of the public online.

The information from the stories people tell us and the mainstream media, governmental and private-sector reports and surveys will be aggregated and analysed. Sometimes we will spot patterns and investigate a sector of the economy, a municipality, a tender process, or a person. When the information reveals endemic, systemic corruption, we will use a network of organisations to help people stand up to it. In doing so we will achieve one of our main objectives: to strengthen both the scale and the voice of civil society.

The personal details of anyone reporting an incident will be kept confidential and each report will be combined with others to help us build a “heat map” of when and where corruption is occurring around South Africa.

The success of Corruption Watch depends on your stories and your participation. We are all degraded by corruption — it erodes our institutions and threatens our democracy. Much of it involves the public sector and the public purse, and the poor, who depend on the government for their support, most keenly feel the brutal effects of corruption.

Help us: tell us — and one another — your stories.