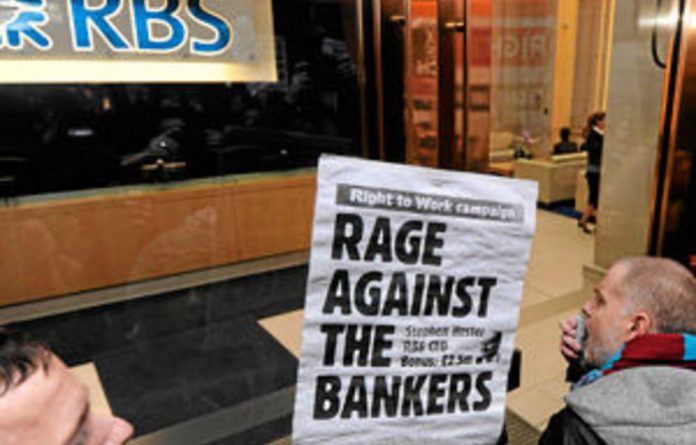 Government and business could be in for a standoff over regulations on executive pay, if local authorities go the United Kingdom route on tackling excessive salaries.

UK business secretary Vince Cable announced a range of measures this week to rein in high executive pay, which the South African ministry of economic development said it would study with “great interest”.

Although there is unanimous agreement in the country that executive pay should be regulated, corporate South Africa disagrees with some of the proposals on the table.

South Africa has among the world’s largest pay gaps, with research showing chief executive officers are sometimes paid more than 40 times the average salary of employees.

Finance Minister Pravin Gordhan has reiterated in the past two years that corporate South Africa should rethink fat bonuses and salaries and Ebrahim Patel’s new growth path calls for caps on salary increases and bonuses for senior managers and executives earning more than R550 000 a year.

The UK regulations are even stricter:

A wider range of professionals, such as lawyers, academics and public servants, will also be encouraged to join company boards. Companies will also introduce “claw-back” policies to recoup bonuses if they are later found to be unwarranted.

‘Two strikes’ rule
But this is not the first tremor. In Australia executive-remuneration reforms came into effect in July last year, with provisions for how companies deal with remuneration consultants. A “two strikes” rule was introduced by which, if 25% or more of the votes at two consecutive annual general meetings oppose a remuneration report, shareholders can vote to break up the board.

And it is clear that similar reforms could be on the cards in South Africa. The director general of economic development, Richard Levin, said that because of the deep-seated factors behind inequality in South Africa, the department’s programmes had focused primarily on improving the conditions for lower-level workers, improving access to education and skills, and supporting employment creation.

“But restraint on pay at the top is also important in both the public and private sectors,” he told the Mail & Guardian. “We are interested in any measures that will help bring about more equitable remuneration overall. These kinds of measures to make those at the very top more accountable to stakeholders and society are important for any functioning economy and society.”

Raymond Parsons, the deputy chief executive of Business Unity South Africa (Busa), said the body would conduct research on executive pay with a view to establish a mandated approach eventually.

“Busa recognises the issue of executive pay must also constitute a legitimate part of the national debate in South Africa. It is not a matter that can be looked at in isolation and therefore also forms part of the agenda of the national growth path programme.”

The Institute of Directors Southern Africa has long lamented unwarranted executive pay and its chief executive, Ansie Ramalho, said that if government felt sufficient political pressure, such reform in South Africa could be possible, especially if the intended regulation was promulgated in the UK.

But she believes the practical implementation of some of the proposals would be a huge stumbling block. Involving shareholders in a binding vote on remuneration was impractical and unworkable, she warned. “I fail to see how employee involvement and shareholders, who in any event have a fundamental conflict of interest when it comes to executive remuneration, will be able to exercise better judgment than the remuneration committee that is supposed to be independent and made up of members who have a basic understanding, at least of remuneration matters,” she said.

“The issue does not lie in these requirements being inadequate, but rather that they are not properly applied,” said Ramalho.

However, she supported the UK proposal for greater transparency. “Disclosure of mere amounts without context makes the information difficult to interpret.”

Claw-back measures could also be very effective, she said.