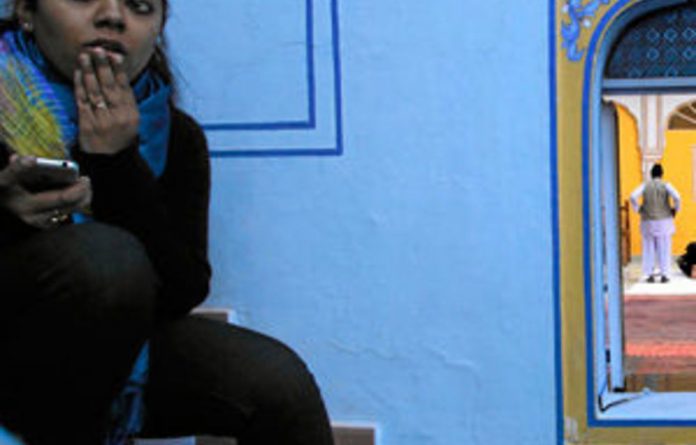 Salman Rushdie has launched a scathing attack on the Indian government for failing to protect free speech after organisers of Asia’s biggest literary festival were forced to cancel a video-link appearance by the British author when the owners of the venue in the northwest Indian city of Jaipur decided it would be unsafe.

However, in an interview with the local NDTV network, the 64-year-old author reserved his harshest words for the “Muslim groups that were so unscrupulous and whose idea of free speech is that they are the only ones entitled to it”.

“[If] Anyone else, who they disagree with, wishes to open his mouth, they will try to stop that mouth,” Rushdie said. “That’s what we call tyranny. It’s much worse than censorship because it comes with the threat of violence.”

The interview followed the last-minute cancellation of Rushdie’s speech to thousands waiting at the Diggi Palace, a heritage hotel in the centre of Jaipur.

British writer and historian William Dalrymple, one of the festival’s directors, said the decision had been taken by the owners of the venue.

“The police commissioner told us there would be violence in the venue and a riot outside, where thousands were gathering, if we continued,” Dalrymple said.

“Our host was unwilling to bear responsibility for possible deaths in a venue full of children and old people. It’s a bad day and a horrible moment for us all.”

Sanjoy Roy, producer of the festival, said that “once again we are being bullied and we are having to step down”.

Rushdie was scheduled to participate in several events at the festival but withdrew last Friday, citing security fears, after a warnings by local police of an assassination plot from local police.

In his interview with NDTV he said he now felt the scare seemed “incredibly fishy” and that he felt “a bit of a fool to have been taken in by it”.

“The threat of assassination was either exaggerated or fabricated. And my view is that it was probably fabricated,” Rushdie said.

He blamed politicians from India’s ruling Congress Party who feared alienating Muslim voters in the run-up to crucial provincial polls in coming weeks.

“Currently the people who claim to be speaking for India’s Muslims are either not the true leaders or they are certainly extremely bad leaders. And the fact that the political system plays with those leaders, wants to placate them and curry favour with them, that of course is the fault of the political system,” he said.

Two weeks before the festival, a senior conservative cleric and Islamic groups began a campaign to stop the author attending, saying his most famous and controversial work, The Satanic Verses, was offensive to Muslims.

The affair has hit headlines worldwide and prompted a fierce debate within India. Rushdie’s withdrawal from the festival last week led several writers, including British author Hari Kunzru, to read from The Satanic Verses in public in protest. The book is banned in India and some claim that a public reading is potentially punishable by imprisonment.

Jaipur’s police chief, Vijendra Jhala, told reporters that “in view of the resentment simmering in the city” he had told the organisers “they cannot allow the writer to speak via video”.

Ram Pratap Singh, the owner of the hotel, confirmed the decision was his own on the advice of the police.

Rushdie, who has visited India on many occasions and spoke at Jaipur in 2007, said that his “overwhelming feeling” was “disappointment on behalf of India, which is a country that I have loved all my life and whose long-term commitment to secularism and liberty is something I’ve praised for much of my life”.

After the cancellation, Tarun Tejpal, an author and editor of Tehelka magazine, told an audience at the festival that Rushdie’s voice would “speak in a thousand different ways”.

“It’s not a victory for them. It’s just a momentary setback for all of us.”

Dalrymple said he felt “personally disgraced” that “after three weeks of struggle we had to give in to those who wish to suppress free speech”. —