ANC: Media regulation should be independent 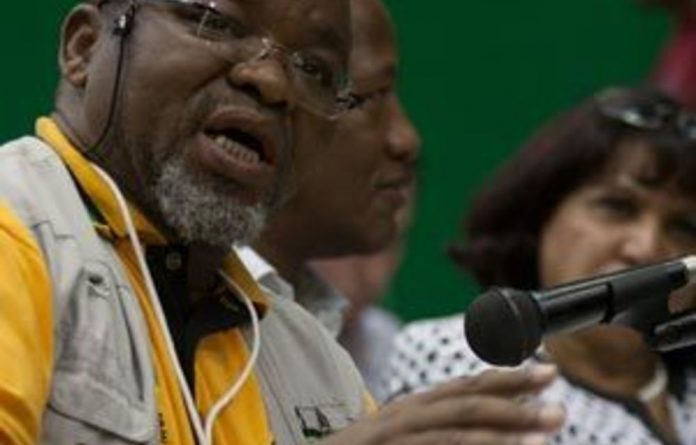 The ANC still believes “independent regulation” is the way to go when it comes to the continuing debate over press regulation, arguing that self-regulatory efforts are undermined by vested interests.

The arrival of the ANC delegation at the Press Freedom Commission in Braamfontein, Johannesburg, on Tuesday morning stirred the proceedings to life.

Even the man in the straw hat woke up. On Monday he had slipped in and out of consciousness as the heat and droning voices took their toll. But on Tuesday, he was alert. Around him more people leaned forward to hear what Gwede Mantashe, Jessie Duarte and Jackson Mthembu would say.

Mantashe, the secretary general of the ANC, welcomed the “opportunity to speak for ourselves rather than through those who have strong feelings”. But while he proved to be the pulling point for the gathered photographers and camera crews, it was Duarte who did most of the talking.

Outlining the problems the ANC had with the current system of media self-regulation, she said it has led to “a lack of accountability from the media”. She criticised the lack of power the ombud has to deter offenders and also the fact that the Press Council is funded by the media. The waiver — which stops people taking their case to an outside arbitrary body while they are using the Press Council — is “really anti-constitutional,” she said.

Mthembu, the ANC’s spokesperson, said any questions over the composition and funding of a future regulatory body would be covered in Parliament. But that whatever body is put forward should not have vested interests, “either in politics or commercial or even in the media industry”. Further, it should “include penalties and sanctions” and be independent, he said.

He appealed to the commission to deal with the “inefficiencies” that the ANC sees in the current system of self-regulation, should it stay. While the party favours a tribunal, if the Press Council greatly improved he said there would come a time when people did not need to turn to the tribunal. They would trust in the system.

The perfect body to regulate the press should resemble institutions such as the auditor general and the Independent Electoral Commission, said Duarte.

‘Life goes on’
As the ANC delegation left, much of the audience and the broadcast media departed with them. And even as former chief justice Pius Langa commented that “life goes on”, the man in the straw hat began to sink back down into his seat.

Mondli Makhanya, the editor-in-chief of Avusa’s newspapers, was up next — firmly defending the current system of self-regulation. Echoing statements by editors on Monday, he said: “The currency of our trade is credibility”. Losing this does far more damage and causes more sleepless nights than being fined, he said.

Dr Glenda Daniels, advocacy coordinator for amaBhungane, reiterated the point that peer review is far more powerful a method of control. She shared how she spent six months in constant stress after the New Age had bought a complaint against her to the ombud. Any tribunal would “stifle investigative journalism” to the advantage of the “rich and powerful”, she said.