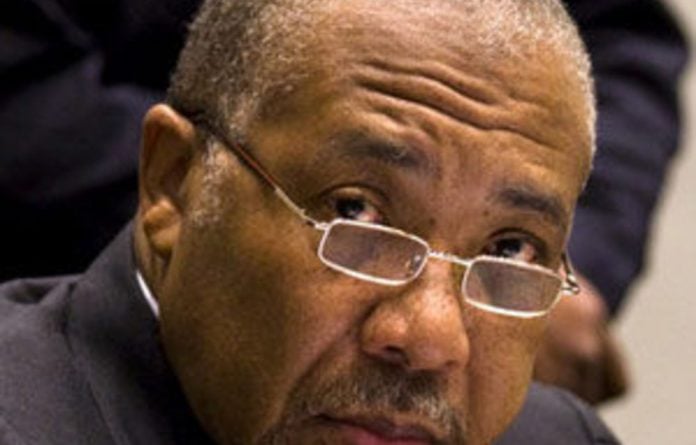 In the written request filed on Tuesday and released on Wednesday by the Special Court for Sierra Leone, Taylor’s lawyers seek to introduce into evidence about 20 pages of a UN panel of experts report on Liberia that discusses the activities of mercenaries.

Taylor’s lawyers argued the report supports their claim that Liberian fighters crossed into neighbouring countries to fight for personal gain “rather than in furtherance of a sweeping joint criminal enterprise” led by Taylor.

They say the report shows that Liberian fighters were able to cross into Sierra Leone “without being under the direction or control of Mr Taylor and without the implicit approval of the government of Liberia”.

The written filing said that admitting the pages of the report into evidence would not unduly delay the case.

He pleaded innocent to 11 charges including murder, torture and using child soldiers. Prosecutors allege he armed and supported rebels notorious for hacking off the limbs of their enemies in Sierra Leone’s brutal 1991-2002 civil war.

His trial marked the first time a former African head of state had appeared before an international war crimes tribunal.

The court did not react to the filing. Judges last month rejected a similar application by Taylor’s lawyers to admit into evidence two cables published by anti-secrecy website WikiLeaks. — Sapa-AP