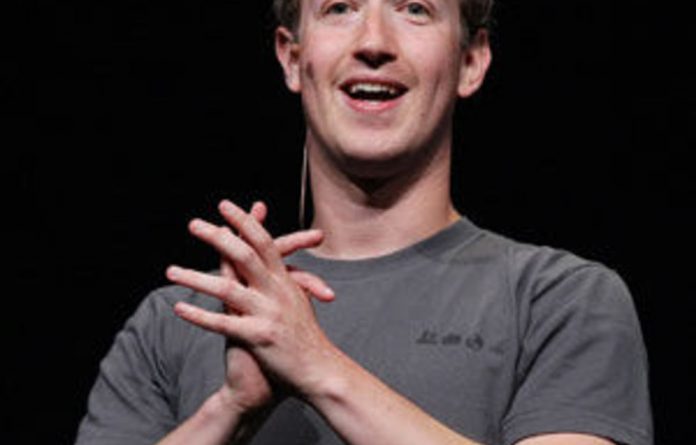 Social networking titan Facebook filed to go public on Wednesday, seeking to raise $5-billion in the largest flotation ever by an internet company on Wall Street.

The paperwork for the initial public offering (IPO) provided the first glimpse of the financial details of the web giant launched eight years ago by Mark Zuckerberg from his Harvard University dorm room when he was just 19.

Zuckerberg, in a letter to investors, outlined what he said were the core values of Facebook and said it “was not originally created to be a company”.

“It was built to accomplish a social mission — to make the world more open and connected,” the Facebook chief executive said in the letter accompanying the filing with the US Securities and Exchange Commission (SEC).

“There is a huge need and a huge opportunity to get everyone in the world connected, to give everyone a voice and to help transform society for the future,” he said.

Facebook said it will list on Wall Street as FB but did not set a date for when it would begin trading or specify whether it would be on the Nasdaq Stock Market or the New York Stock Exchange.

Gartner technology analyst Michael Gartenberg said he did not expect Facebook’s stock market debut to have much of an impact on the average user.

Expansion
But the extra cash would give Facebook a war chest to roll out more features and make it difficult for others to compete, he said.

“Facebook going public doesn’t have that much implication for the vast majority of Facebook users unless they plan on buying shares — when they can finally get their hands on them,” Gartenberg said.

“Google didn’t change for users for the most part when it became public,” he said. “It grew. It expanded out to other services.”

At $5-billion, Facebook’s IPO would be the largest ever by a technology company, eclipsing the $1.9-billion raised by internet search giant Google when it went public in 2004 at a valuation of $23-billion.

Facebook’s $5-billion fund-raising target is only preliminary, however, and can be increased based on investor interest. Initial estimates were Facebook would seek to raise $10-billion and it may still decide to increase the offer.

Profitable
Revenue nearly doubled to $3.7-billion in 2011 with most of it coming from targeted advertising gleaned from personal information shared by the hundreds of millions of users of the platform.

“The company is more profitable than we had expected,” said Kathleen Smith of Renaissance Capital, an IPO investment adviser.

“It just goes to show how not only is social media and social networking not a passing fad it also seems to be pretty profitable,” added Gartenberg.

Facebook’s revenue of $3.7-billion last year, however, was slightly lower than estimates which had pegged it at $4.27-billion.

Facebook, the leading social network in all but six countries, notably China and Russia, said it has over 845-million users including 483-million who log in daily.

Facebook’s value has been estimated at $75-billion and $100-billion.

Making money
Zuckerberg, whose net worth has been estimated at $17.5-billion by Forbes, is the largest individual shareholder in Facebook and controls 57% of voting shares, according to the SEC filing.

But he was not the highest paid.

Sheryl Sandberg, who was lured away from Google four years ago to serve as Facebook’s chief operating officer, made more than $30.5-million last year while vice-president of engineering Mark Schroepfer pulled in $24.7-million.

Gartenberg said Facebook’s IPO would be the largest by a technology company in 2012 by far but others contemplating going public will be closely watching how it fares.

“There are a lot of other companies on the sidelines that are no doubt sitting and waiting to see just how well the market receives Facebook,” he said.

Facebook shares are not expected to begin trading for several months.

Online daily deals site Groupon and social games titan Zynga were up 7.5% and 6% respectively on Wednesday over their IPO price. — AFP