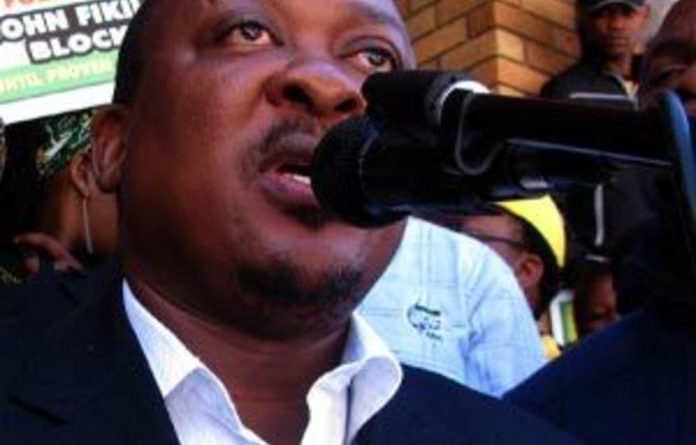 The fraud and corruption case involving Northern Cape ANC chairperson John Block, which dates back to 2010, has been postponed until next year.

National Prosecuting Authority spokesperson Mthunzi Mhaga said the case has been postponed in order for the state and the defence to finalise preliminary issues relating to trial. “It is unlikely that we will have all these resolved sooner than January 2013,” he said.

The men are alleged to have colluded with municipal employees to award a tender — worth over R100-million — to Savoi’s company Intaka Holdings for the supply of water purifiers and oxygen machines to Northern Cape hospitals.

A forensic investigation by PricewaterhouseCoopers, which was contracted by the NPA to investigate Intaka, found that the company’s prices were inflated by up to 500%.

Savoi is facing a similar case in Kwazulu-Natal, where Intaka was also awarded multi-million rand tenders. The Kwazulu-Natal matter is set down for October and is being handled by the same prosecutions team.

The case is filled with political intrigue, not least because of the alleged involvement of elected officials. Former national director of public prosecutions Menzi Simelane raised eyebrows in 2010 when he stated that he would lead the prosecution in the Block case.

At the time, the ANC Youth League labeled him the “rented dog of a political conspiracy” and questioned the way in which he had handled the case.

Simelane was placed on special leave at the end of last year after the Supreme Court of Appeal ruled that his appointment as head of public of prosecutions by President Jacob Zuma was invalid.

He was replaced by his deputy Nomgcobo Jiba, who was herself suspended from the NPA in 2008 after being accused of conspiring to get former Gauteng Scorpions boss Gerrie Nel fired, allegedly in an attempt to halt corruption charges being laid against disgraced former police commissioner Jackie Selebi.

But Mhaga said the delay was due to the complexity of the case and “outstanding investigative aspects and formulation of the final indictment”.

“We won’t be drawn into commenting on insinuations of people who choose to argue legal issues from a political and uninformed perspective,” he said.

Van Niekerk said that his clients were happy with the way the case was going. “Nothing can happen in the Northern Cape until things wrap up in Kwazulu-Natal. We anticipate that will be well into next year,” he said. This was because some of the accused are Spanish speaking, while others are Zulu speaking. This will require extensive translation services and would slow down proceedings.

It also emerged on Thursday that Nelmarie Oosthuizen, who was also accused in the case, has turned state’s witness. Oosthuizen was an assistant to former Kimberley Hospital chief executive Hamid Shabbir, who was also implicated in the case. Shabbir is believed to have fled the country for Abu Dhabi.

The youth league had expected members from across the province to support Block at the courthouse on Thursday but only about 100 supporters weathered the pouring rain in Kimberley. Also in attendance were about 40 representatives from the lame duck party, the Congress of the People, which still has a presence in the province. — additional reporting by Sapa