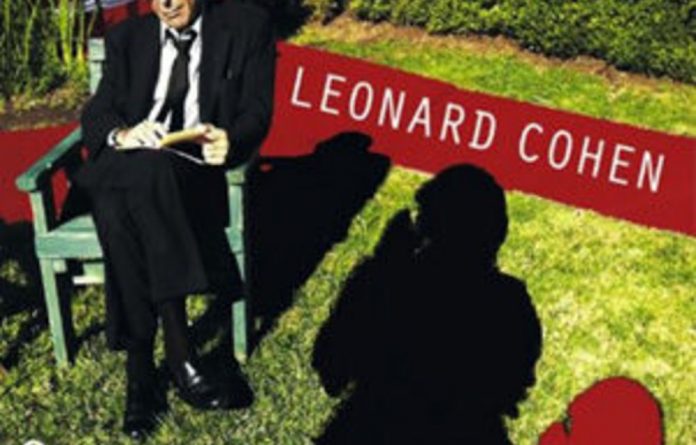 A block away from the frantic rush hour of Green Park Station in central London, which I have just left behind, is the May Fair Hotel — a bastion of five-star charm and slick service — where I am due to be in the presence of musical royalty, and I am sure rock journo royalty as well.

In a few minutes, we will be ushered into a theatre to listen to Leonard Cohen’s new album Old Ideas (Sony Music). Joining us for the listening session will be none other than Leonard Cohen himself.

Milling around the basement foyer sipping the quite good, free wine on offer, I am surrounded by serious looking young men in brogues, rocking skinny jeans and thick, black-rimmed glasses, clutching Moleskin note books and those little MP3 recorders. I wonder if they knew that two hours ago in my real job, I was repairing a pipe to a toilet basin, I have however at least washed my hands.

Musician Jarvis Cocker swishes in weaing brown corduroy and a dark green shirt. He will interview Cohen after the album is played to the 30 or so assembled journalists. Cocker introduces us to a black-clad Cohen who is wearing his trademark black fedora. After a round of applause he tips his hat, and thanks us for showing up.

Deadpan delivery
I was sent the album digitally from Sony with a dire warning about it being watermarked and not to transfer or copy it. The songs cover well-trodden territory for Cohen: sex, love, loss, depression, suffering and forgiveness.

The musical subject matter belies Cohen’s sharp sense of humour and deadpan delivery of one-liners when in conversation with Jarvis Cocker. Cocker says that he has been impressed with the intimacy of Cohen’s music — “You know you just work with what you got,” Cohen shoots back at him.

While discussing the song Banjo, one of my favourites on the album, Cocker asks Cohen if he finds the banjo “a funny instrument”. After a pause and some sniggers from the journo’s Cohen replies, “Its hilarious.”

More inspiring is that at 78 he is still writing, recording and touring and is still as relevant today as he ever was — finding new fans through his music being included in movie sound tracks, rather than Madonna-esque image changes.

His voice on Old Ideas is almost an instrument in itself — perhaps the writer and poet in him makes music almost secondary.

“We have to mention the voice,” says Cocker. “Do you think there is a bottom to it or can it go all the way?”

In an age of manufactured music, celebrities, X-factor and Britain’s Got Talent, it’s refreshing to witness genuine excitement, revelry and wonder of being sat here in the presence of a great artist and poet and to look forward to an album being released by a person, who continues to defy fad or fashion and who loves his work and fans.

Stuart Robertson
Stuart Robertson works from Scotland. A lover of techno, Burning Man, Ibiza and great wine. A geek, a VJ and visual performer. A fanatic of analogue synths, and producer of electronic music. Stuart Robertson has over 527 followers on Twitter.
Facebook
Twitter
WhatsApp
Linkedin