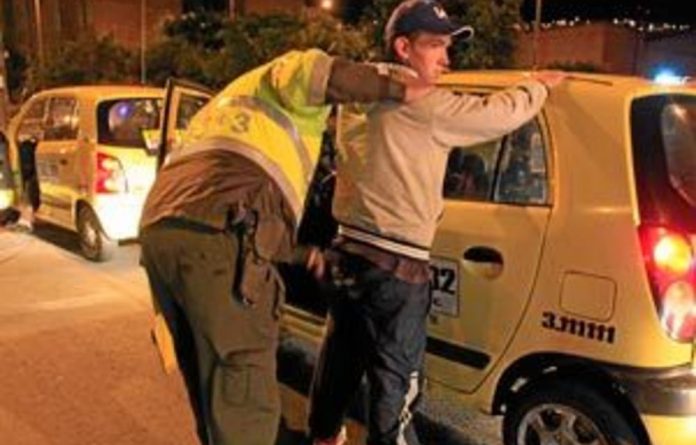 As a member of the M-19 guerrilla group in the 1980s, Gustavo Petro, then known as ­Comandante Aureliano, served 18 months in prison for ­illegally carrying a firearm. Now mayor of the Colombian capital, Bogota, Petro is leading an experiment in banning guns from the streets of this city of eightmillion people, where firearms are part of the backdrop to everyday life.

The ban went into effect from February 1 for three months and could become permanent if murders drop significantly.

Alvaro Paez, an unarmed doorman at an apartment in central Bogota, has seen a few gunfights on his watch and thinks the idea is good, but is sceptical.’Most crimes are committed with illegal [weapons], so I doubt we’ll see much difference,” he said.

Under the constitution, Colombians are allowed to own and carry firearms with a licence from the military authorities. But for every one of the twomillion legally registered weapons in civilian hands, there are four illegal ones, according to a study by Bogota’s Universidad del Rosario.

‘Violence reduction’
According to the mayor’s office, only 10% of the 1016 homicides in Bogota involving firearms last year were committed with registered guns. But a study of similar efforts to ban weapons in other parts of the country between 2009 and 2010 found a ‘large and significant violence reduction”, with homicides dropping an average of 23%.

Petro, who was elected with 32% of the vote but now enjoys a 69% approval rating, is seeking not just a drop in the murder rate but also to revolutionise the Colombian attitude to guns.

‘It is not just about stopping people who own guns from walking around with them. It is part of a policy of laying down weapons, believing in the state’s monopoly over weapons and generating a culture of tolerance,” Petro has said. ‘Carrying a gun isn’t a defence mechanism; it’s a risk.”

Petro was 17 when he fired his first weapon at a training camp for the M-19 urban guerrilla group. But he and his former comrades in the rebel movement say he was never involved in violence.

Instead, he was a political leader and ideologue. He worked clandestinely to recruit for M-19 while studying economics at the prestigious Externado University in Bogota.

‘They beat me every two hours and asked me the same questions again and again,” Petro wrote in SoHo ­magazine. He was serving his 18-month sentence in Bogota’s La Modelo prison when M-19 besieged the Palace of Justice. More than 100 people, including 11 supreme court judges, were killed when the army retook the building.

M-19 signed a peace pact with the government in 1990 under which demobilised fighters were granted amnesty. As part of a political movement born of the peace process, Petro helped to rewrite Colombia’s constitution and was elected as a representative in congress.

In 2006, he was elected senator. After a failed bid for the presidency in 2010, he helped to uncover a widespread corruption scandal that put former mayor Samuel Moreno in jail.

Following Petro’s announcement of the ban, the government of President Juan Manuel Santos said it would legislate to tighten restrictions on gun ownership nationwide. —